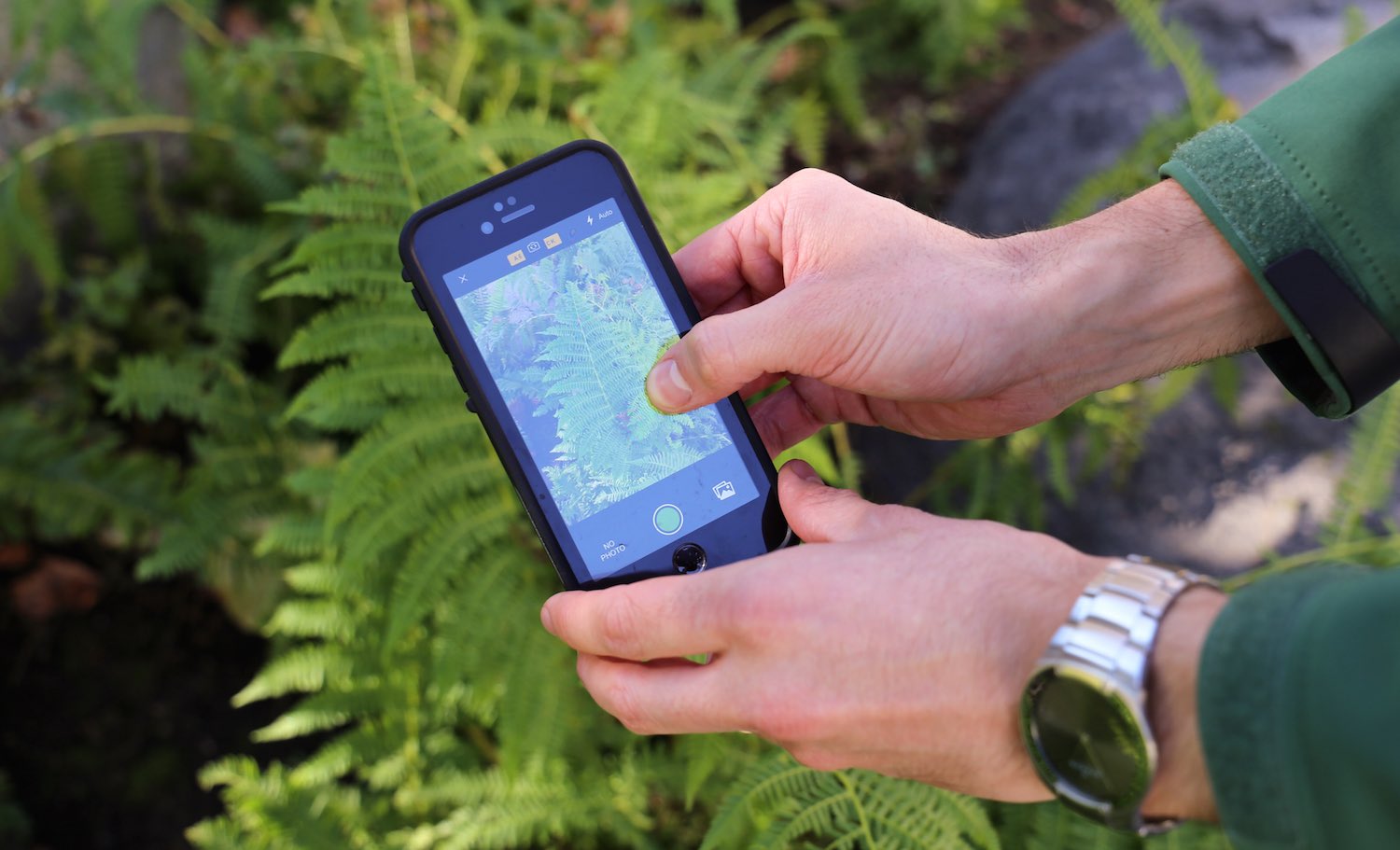 They go where we go, and see what we see. For many of us, our phones and tablets stay within a moment’s reach. We pick up our screens for information, entertainment, communication, and to increasingly share perspective. Current estimates count over 7.1 billion mobile phones worldwide, while the fast-growing video platform Snapchat clocked 4 million views per day in September. But how are these screens being tapped for crowdsourcing scientific data and what are the stories that emerge from that information?

The success of programs such as Audubon Society’s Christmas Bird Count, now in its 115th year, and WNYC Radiolab’s Cicada Tracker shows that we’ve long been teaming up to document nature. Crowdsourcing is not new, but the mobile devices in our hands have opened up vast possibilities for citizen science. Online projects such as Zooniverse and Floating Forests have seen rising participation, and current initiatives by the United Nations and the White House point to a growing acknowledgement that crowdsourcing scientific data may be here to stay. Once seen as an amateur hobby, these voluntary data points have real-time impact in tracking biodiversity, climate anomalies, and cumulative census patterns far beyond the places they are recorded.

Journalists and researchers leverage these insights to better understand complex topics—but after several years of development, how are these tools affecting their users?

From crowdsourcing to community building

“We’re generating data but we’re connecting with place, with each other. We’re building community,” says Rebecca Johnson, citizen science research coordinator at the California Academy of Sciences. The institution recently acquired iNaturalist, a popular citizen science platform that allows users to share their observations of the natural world. The app informs over 800 research projects worldwide.

iNaturalist is helping the California Academy of Sciences generate data to better understand nearby McClaren park at a local level, though the app can be used to track and infer global patterns, too, says Johnson. What they’ve found, however, is that issues have to be local to engage users. “Maybe you love the place, maybe you love the birds, maybe it’s that your kid wants to go.”

Alison Young, the Academy’s citizen science engagement coordinator, agrees. “That’s why we love what we do, it’s building that community, finding those people. We love bringing people together who are interested in a place; they get to meet each other.” Young says that the number one thing that keeps iNaturalist users involved is the community that they create: “meeting other people who are into the same thing I am” as one user commented.

“It was so unexpected, it wasn’t something we were trying to get out of this project at all,” says Young. “We were trying to teach people about animals and plants, and we wanted to gather this data that we really needed, but the fact that we were also building community was this really unexpected side effect. It’s great that we can bring people together who can meet each other and love the same things.”

iNaturalist began as a graduate project at UC Berkeley’s School of Information by Ken-Ichi Ueda, Nate Agrin, and Jessica Kline. Ueda, previously a biology student in Massachusetts, had just moved west and was immediately taken with the rich biodiversity of coastal California. Lacking a suitable platform to share insights, he created iNaturalist with others to provide a place for nature observers to post notes and exchange findings. The project gained collaborators, press, and a meteoric following, and quickly became one of the largest biodata clearinghouses in the world.

As of today, iNaturalist has logged over one million observations. In a 2013 address to the Commonwealth Club of California, a passionate Ueda took the stage with iNaturalist co-director Scott Loarie to describe his formative experiences online, and express amazement at the complete strangers who helped him learn new species during those early years in California. This, he explained, was the impetus for iNaturalist — to allow others this same sense of wonder and sharing he experienced as a wide-eyed new arrival. Ueda remains active in developing iNaturalist, and recently returned from a trip to Texas with iNaturalist in hand.

It’s worth noting that there exists an inherent bias in citizen science that requires a smartphone or other digital means. As iNaturalist has evolved from an online meetup to a large, searchable database, the issue of implementing standards has emerged, and methods of ensuring accuracy are an ongoing process. iNaturalist encourages spirited peer review and files observations with grades like “casual” or “research” based on curator input and a multi-step verification algorithm. Should an observation become contested, the vetting process repeats with closer personal scrutiny. As with much crowdsourced data, cleaning and filtering are crucial to gain the best insights, and third parties who use the data are welcome to cross-check iNaturalist findings before proceeding. 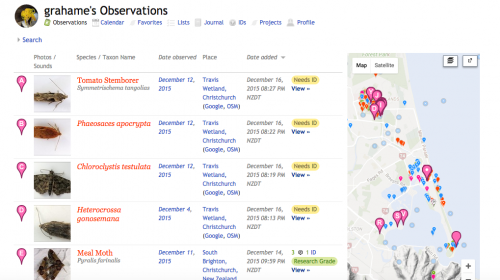 In the interest of furthering inclusion and encouraging peer review, iNaturalist and a related project called Nerds for Nature teamed up in May 2013 to sponsor the first bioblitz, a continuing series of public events that engender cooperation and curiosity while documenting species occurrence and other data. These events are open to all, free of charge, and draw substantial crowds that work in teams regardless of personal technology. Those that can log conclusions on the iNaturalist site, but the process is designed to involve all participants. Recent events in California have seen over 250 attendees including families, retirees, and urban youth.

According to Young, a two or three hour event can provide nearly 1,000 observations and the identification of 200 or more species. Johnson clarifies the community aspect of these events, stating, “The conversation is not expert-driven, it’s curiosity-driven. And that’s what Scott and Ken-Ichi and the developers work really hard to do is to create that space for everyone to have the best experience of that conversation. And then what we do is work to have that conversation in person. We’re all talking and learning together.”

So what’s next? The use of apps like iNaturalist has led to something called “citizen science tourism,” a practice, like birding, in which people intentionally plan vacations around areas where they may encounter new species or information.

While this is an exciting trend, many new projects are focusing on those who know unmapped areas best — the people who call them home. Broadband coverage and mobile device subscriptions are expanding worldwide, and many are hopeful that embedded communities can better document key regions of biodiversity and become important players in the conservation process. Madagascar’s Vohimana Reserve is a recent example of such effort, and the nascent iNaturalist Network features current partners in Mexico, Colombia, New Zealand, and Canada, with more to come.

As mobile technology continues to become commonplace, so might the tools that inform policies, connect us over the things we love, and better describe our shared world.

Jessica Decker
Jessica Decker is a photographer, writer and designer currently working as a production assistant at the California Academy of Sciences in San Francisco.