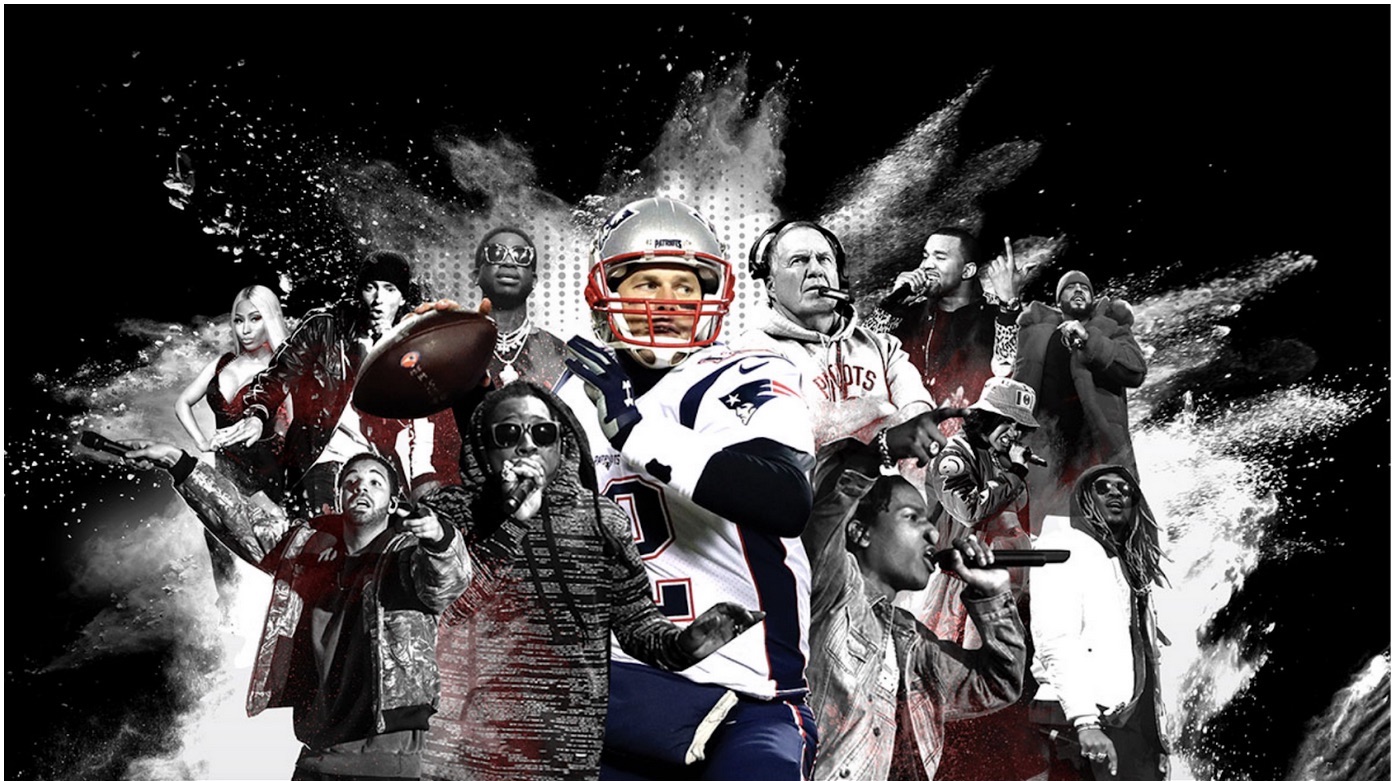 Everyone had questions for Tom Brady at Super Bowl LIII media day, as the then-41-year-old NFL quarterback closed in on his sixth Super Bowl ring. How would the New England Patriots come out on top again? Were they feeling any hangover from their loss in the championship game the previous year?

Nora Princiotti’s question was a bit different. Did Tom Brady know how often he was referenced in hip-hop?

Princiotti, the New England Patriots beat writer for The Boston Globe, authored an exploration of the NFL legend’s impact on modern hip-hop music, pulling it together in a multimedia project that ran in The Boston Globe on January 31, just three days before the big game.

Princiotti and Boston Globe sports editor Matt Pepin spoke with Storybench about finding unique ways to cover teams in an over-saturated media landscape and where there’s room for this type of journalism in sports.

How was the idea for this story born?

Princiotti: It started with [former Globe web producer] Rachel Bowers, who’s at The Athletic now. She said, “Oh, one time I made a Spotify playlist of all of the songs that mentioned Brady or the Patriots.” I said, can you send that to me? And kind of forgot about it a little bit.

And then when we were doing Super Bowl week planning, I was like, Hey, you know, what would be a fun feature idea? I forget if it was rap or hip hop first, or anybody name-checking Brady or the Patriots. But I sent it, and I think it was like, 11:30 at night, and I wrote an email to all my editors being like, Hey, I know this is going to sound weird to you, but this is a good idea.

Pepin: We loved it. When you get to the Super Bowl, the number of media multiplies exponentially. But at the same time, for the teams that are in it, you’ve been covering these teams all year long, from the end of July, straight through. Multiple stories a day.

It gets hard to find fresh angles. But that’s exactly what we challenged our writers to do. In addition to the daily coverage of the team and its doings and planning and strategy and footballing, we wanted things that took people beyond just the hardcore sports-style coverage.

So when she sent us a request, or an idea like that, we were like, absolutely green-light that. It made total sense, because it was different.

Princiotti: I made a Google Doc that was just a list of the songs, and I’d put in the lyric. The next time that I was in the locker room, I brought [the playlist] around to a lot of guys and was like, “Hey, what do you think of these? Which of these songs do you know? Which ones do you listen to at practice? What do you like? They all got such a kick out of it. That was really pretty easy.

I hadn’t talked to Brady about it before Super Bowl week, where it’s just such a shouting match getting a word in edgewise with him that whole week. I remember standing up on the podium and being like, “Tom, Tom, Tom!” We made good eye contact. So I sort of had a way to jump in.

He had no idea was coming, but he gave me a really good answer. He was thoughtful about it.

I was lucky that in that context that he was interested enough in it, that we could kind of go back and forth a little bit. If it were the middle of the regular season, I could go to him in the locker room and talk to him one on one, but there’s just no opportunity for that in Super Bowl week.

A lot of different departments played a role in this story. What did getting them on board look like? How did working together benefit this particular piece?

Pepin: When I told other editors, “okay, here’s our Super Bowl plan, we have this story and this story, and we have the story about Tom Brady and all the times he’s mentioned in hip-hop,” eyes light up and smiles come across faces in the meetings when you’re talking about what’s coming.

Our design director was really enthusiastic about it. And you know, immediately had ideas like, “What if we made all these playlists? What if we let people sample?” and that’s how that’s how it became a real multimedia package.

The collective mind is always greater than the individual mind. I really do believe in collaborating, We’re on the same team.

Data visualization sounds very numbers-based and computer-generated wonkiness sounds like a lot of that, but, but in reality, they’re visual storytellers, and they’re there to help enhance the story experience.

Within our own department, we talked about the story, then we brought it to the other departments, and everyone had something to add to it. So I just think it really, really shows what you can achieve when you ask for outside opinions.

Princiotti: The design team just took it and made it awesome. They took the Google Doc that I had, with all the lyrics, and made it so that you can play each one of the songs as you scroll through. The big things that we went back and forth on were should we have all of the songs embedded in the piece? And that was the big one that I advocated for, like, “yes, I want this to be like a playlist. It should be a story, but it should also be a playlist.”

I didn’t want it to just be like story, story story, and then full embedded playlist  at the bottom. So what we settled on was, for each song that was referenced explicitly in the story, those ones are embedded within the text, so if you read about a specific lyric you can press play and hear the song that it’s from. But then all of the ones that didn’t get explicitly mentioned are still embedded, just at the bottom. That took some going back and forth and being like, “I think it’ll be most interactive for people.”

They sent me over a mock up of what it was going to look like, what the visuals were, and I don’t think I had any notes. It went live, and it was great.

Based on your experience with this piece, do you see sports journalism trending toward more multimedia, feature-based reporting like this?

Princiotti: I was shocked that no one had done anything like that before, but they hadn’t. The Patriots are super over-covered. There’s too many of us. It’s always a madhouse.

But that’s why we have multiple beat reporters. That’s my job, is to find stuff that other people aren’t doing and sticks out and is unique to some degree. That’s what we definitely feel like we did with this story.

Pepin: There’s no question that this is the kind of thing that we want to do a lot more of. Some of my earliest meetings after becoming sports editor, I mentioned that my real priorities are breaking news and multimedia storytelling. I really like those, and quite honestly, those projects are super fun to work on. The multimedia things are really are the most the most fun I’ve had in my job.

All of these stories that get special treatment where you’re able to use multimedia, which is open-ended. It can be video, it can mean photos, it can be audio, it can mean charts or interactive graphics, and animations. There’s so many possibilities of what constitutes multimedia. So that’s what makes every story like a new adventure.

What advice would you have for anyone who sees this and is interested in creating something similar?

Princiotti: Just collaborate with other people. Find a way to be in a position where there’s people who are really good at their jobs that are different from yours who are around you, where you can work together. If you’re somewhere where there are people who can do things you can’t, you are the beneficiary of that.

Newspapers and media organizations have these departments that literally exist to make your stuff better, and a lot of people don’t really use them, or they use them in a cursory way. If you go the extra step, it’s just better.

Pepin: Go make friends with the designers and the developers.

Or if you’re on your own, I personally believe that people can take and edit their own video, people can know how to clip audio, or, you know, get themselves a way to embed stuff into their stories, whether it’s using public and free tools like SoundCloud and YouTube, or you know, your own proprietary video/audio system, whatever you end up doing.

Put yourself into reader shoes. What, as a reader, would make me really, really have a satisfied experience within this story? And if it’s a bunch of embeds of the audio from the songs that you’re referring to, then great, but if it’s in the case of something else, and you want to show a chart that is, you know, if you hit a ball at this launch angle with this exit velocity, these are the probabilities of being a home run. I just think it’s a case of like being resourceful and being creative and trying to think about the user experience. 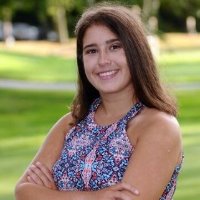 Jenna Ciccotelli
Jenna is a journalism student at Northeastern University, deputy sports editor of The Huntington News and editor in chief of the Red & Black.