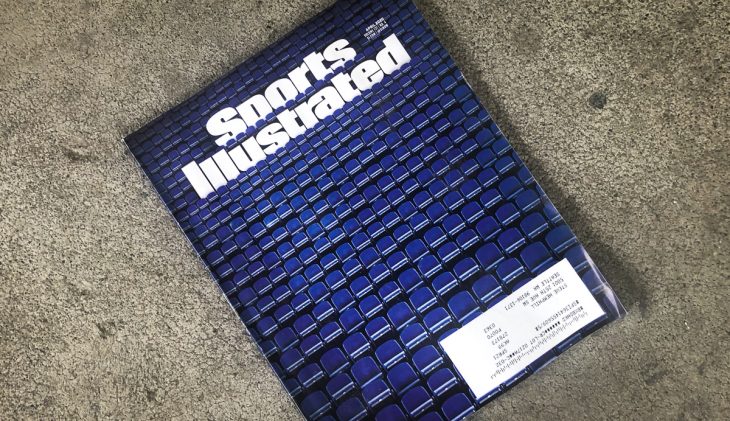 This story originally appeared on Game Plan, a publication exploring the future of sports journalism from Northeastern University’s School of Journalism.

When NBA star Rudy Gobert announced he had contracted the coronavirus on March 11, the sports world shockwaves were swift. The NBA postponed its season within a couple of hours. A few days later the NCAA would cancel all of its spring sports, and the NHL, MLS, and MLB would follow with postponements shortly thereafter. Sports—so often an escape from the world’s problems—was suddenly in the crosshairs of its newest affliction.

Sports Illustrated originally planned to send its April issue to print on March 13—a lead-up to the NBA playoffs and a round-up of the 2020 NFL Draft. But, instead of going with its normally scheduled programming, the legendary sports publication shifted its focus to confront COVID-19 head-on, publishing an iconic (and athlete-less) cover and producing a sports magazine as the sports world lurched to an abrupt halt.

We caught up with Sports Illustrated co-editor in chief Stephen Cannella to see how SI decided to tell the story of sports through the lens (and the economic uncertainty) of a global pandemic.

How did this coronavirus-centric April issue come about?

I’d say we had two-thirds of the [April] issue closed by roughly March 6. We had a cover set—a very well-known NBA player with a story on how he was ready for an emotional run toward a title.

It became very clear when the NBA cancelled their season that that all became outdated. We knew we needed a new cover, we knew we had to replace several stories in that issue.

We’re a monthly now, but we all remember [SI’s] weekly days very well. Once upon a time, we reacted to news in that format all the time. The classic story is that our deadlines were always Monday right around 7 p.m. [EST] and the day of the Boston Marathon bombing in 2013, we came up with a new cover and rebuilt that entire issue in about 8 hours. Compared to something like that—reacting to the coronavirus changing the world of sports—we had a wealth of time to figure this out.

So why was the April issue a unique challenge?

The hardest part was not the mechanics of getting it done, it was figuring out in real time what this story was. Clearly this wasn’t just a sports story, this was a much larger story.

The most difficult part of doing a monthly magazine—especially in the sports realm—is finishing a magazine and knowing that no one is going to see a finished product for two or three weeks. It’s trying to anticipate what people are thinking, what people are going to be interested in, what the landscape is going to look that far down the road.

It forces you to be a little bit of a futurist as an editor. That’s hard enough as it is in the sports world. Once you throw in the variables of a global pandemic, where our lives are changing minute by minute much less week to week, that’s a big challenge.

How did you guys get it done?

The first thing we did was buy ourselves two more days to close the issue. We negotiated a little extension from our printing plants and things like that.

It just became clear—after not just the NBA cancelled, but the NCAA tournament—that the symbols of this time are the empty seats, the empty arenas, and the quiet stadiums. That’s how we arrived at the idea of our cover.

We love the thought of the SI cover—even in the world where we are a monthly magazine— as a time capsule or snap shot of what the sports zeitgeist is, so that if you look back 20 years at the SI cover you’d know instantly. You capture not only what’s going on in the news sense but kind of the environment and how the sports world felt at that time. I feel like that image captures it perfectly.

What went into making the cover happen?

That’s actually a photo illustration built using bits and pieces of real photos. We took a segment of a photo we already had and then asked a photo illustrator from The Sporting Press, Neil Jamieson to draft something up. He did a really nice job taking a bit of a photo and expanding it into a larger piece of art.

You guys opted for several smaller stories rather than one long form piece for the issue’s main coronavirus feature. What was the thinking there?

Rather than hit one long, through-written piece, we thought it was very clear that not just the shutdown of sports, but the coronavirus in general was going to touch all of us in a lot of different ways—touch every aspect of life all around the globe. We felt like taking that “global approach” to the effect on the sports world was important too.

There were just too many facets of the story to pick just one.

Logistically, how did this work? Were you guys even in the office?

That was the other big challenge. Our last day in our New York City office was March 9. We have basically been remote since March 10 and the NBA shut down March 11.

The mechanics of how to attack this were something we were somewhat used to in terms of covering news, but one thing we definitely were not used to was having to put together a magazine remotely. It’s been a learning process since then.

Most of our writers are scattered around the country—they are always remote. As you know, if you’re line editing a story you can do that wherever you have a computer or a phone. The hardest parts have been picture collections and layout construction. There are a lot of things that we still do that are easier to do in groups or on paper. Just looking at color for a final cover print is so much easier and more accurate when you can create a hi-res, high quality paper print instead of looking on various screens.

We were forced to get used to that not just for this issue, but now we are finishing up the May issue. This is the first issue—probably in the history of SI going back to 1954—that has been done completely remotely.

Why was it important to put an issue like this together?

We like to think of SI as an entity that, when it’s at its best, is not just telling you who won and who lost a game. We felt it was important to put this issue out and tackle what was going on out in the world in a thoughtful and meaningful way. We felt that it was something that we should not just cover for the historical record, but that our audience would like to hear our voice on this topic.

It reminded me of the week after 9/11. We had a lot of internal debate over whether we should do an issue that week. Especially for a New York-based publication, we discussed if sports even mattered that week and we decided that yes, we had to do an issue. We can help people not just process that tragedy, but find some good stories to tell in the spaces that the tragedy overlapped with the sports world. The end result was what I think is one of the best issues we’ve ever done.

There’s a quote from NBA coach Steve Kerr in this issue about how sports have always been our escape, and how now that escape is blocked off indefinitely. Fitting way to sum things up?

Yeah, I mentioned 9/11 and that’s another thing we’ve been talking about at SI. There’s a big difference—I’m not comparing these stories at at all— where sports were a great unifier in the weeks and months after 9/11. Not just at SI, but with the return of the World Series, for example.

That’s the especially cruel thing about the situation we are in now. It’s not just sports for sports sake, but sports, theater, religious gatherings. The idea that people want and need to come together in times of crises, while this is a crisis that prevents that very thing. 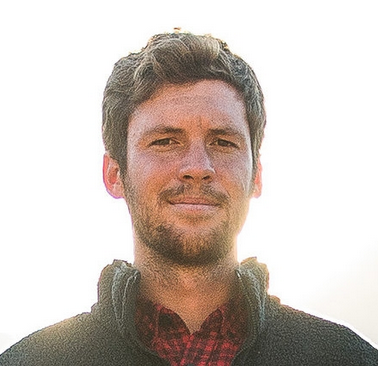