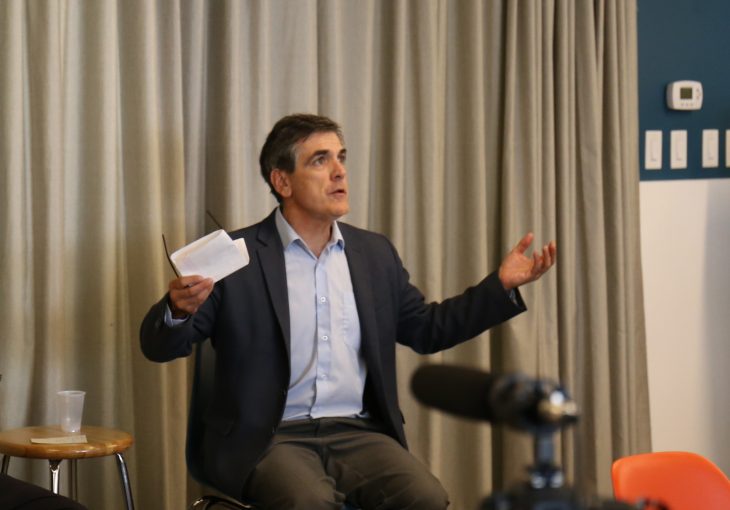 Last week, David Filipov, who was a foreign correspondent for The Boston Globe and The Washington Post, shared tips about what it was like to cover stories and travel through Russia, Iraq and Afghanistan during “Pizza, Press and Politics,” a speaker series hosted by the School of Journalism at Northeastern University.

Filipov was working in Moscow as The Globe’s bureau chief on Sept. 11, 2001, when his father was among those killed in the terrorist attacks. Next, The Globe asked him to go to Afghanistan as a reporter. He didn’t know the languages. But he immediately sniffed out news stories.

Stay away from the herd

Filipov, now the executive editor of News@Northeastern, said it’s important as a reporter to learn to cover what everyone else is not covering. That was especially true when he was a foreign correspondent. Getting stories that no one else has makes you a better reporter, he said.

“When all the journalists do the same thing, usually something is going wrong,” he said. Though going in the opposite direction can sometimes lead to other problems. “When you are going somewhere where no one going, a. There might not be a story, and b. There might be a reason you shouldn’t go there.” On the other hand, going in a different direction has led him to some wonderful stories that no other reporters had, he said.

Filipov had other tips for aspiring journalists: