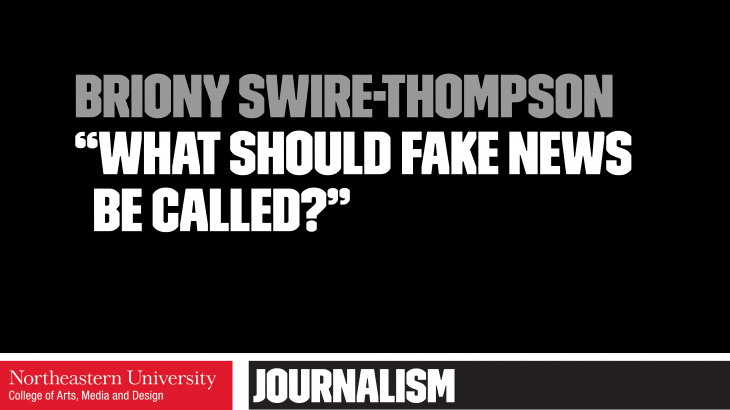 Briony Swire-Thompson, a postdoctoral researcher at Northeastern University’s Network Science Institute, recently spoke to students and faculty about “fake news” and why people still believe it after it has been corrected. Swire-Thompson spoke on Nov. 29 at Pizza, Press & Politics, a weekly speaker series hosted by Northeastern’s School of Journalism.

Swire-Thompson also said a small group of people read most of articles classified as “fake news.” Research shows that 80 percent of the readership of fake news stories comes from only 1 percent of readers.

Yet one in twenty political stories in voter timelines was fake news, she said. The majority of people ignore those stories.

Yunjia Hou
Yunjia is a graduate student at Northeastern University’s School of Journalism.