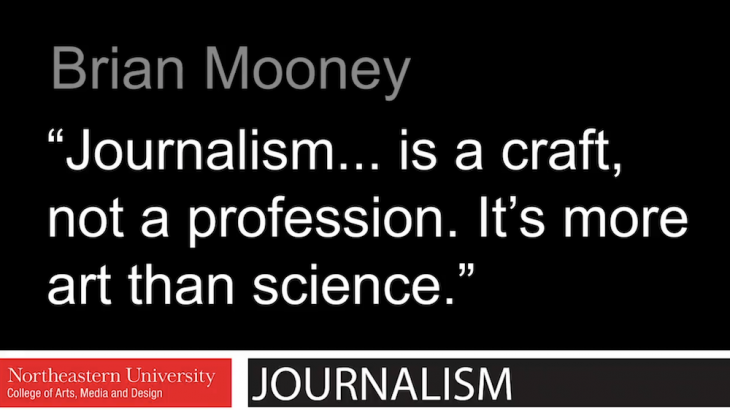 Brian Mooney, an award-winning former Boston Globe reporter, who now works as a crisis media strategist, gave advice to journalism students about their craft, expressed concern about the future of media, and talked about how recent sex scandals have tarnished sterling institutions, such as the MIT Media Lab.

Mooney, who spent 40 years as a reporter, including 25 at the Globe, said he is worried about where the country is headed.

“It’s clear something is changing in this country,” said Mooney, who often covered politics and was a member of the Globe’s Spotlight team, its investigative unit. Crowds cheer when political leaders claim journalists are enemies of the people, he said. A dark road is coming and there is no guarantee that a free press will be here in the future, but journalists should keep doing their jobs.

His advice to journalism students is that they should learn their craft, develop skills, observe the rules of the trade, and always be curious. “If you aren’t curious, don’t do it,” Mooney said.

Mooney referred to journalists as “unusual breeds.” They tell and create stories for a living, which he noted is not easy, but is rewarding. However, readers also are exposed to advertising, politics and propaganda, making journalism a marketplace where everyone competes.

It is important for journalists to remain objective and responsible, he said. This can be difficult when there are so many opportunities for journalists to speak on cable TV or have their own blog, where they might be tempted to express their own thoughts. The public sometimes can’t tell the difference between opinions and facts, he added.

Another challenge facing journalism is finding new sources of revenue. Quality journalism is expensive, he said. Newsrooms used to depend almost entirely on advertising, but that money stream has shifted away.

Some newsrooms are experimenting with a nonprofit model. He recommended that media organizations should implement revenue models that can be sustained through time. He mentioned Texas Tribune as a great example of a successful nonprofit. One of their main revenue streams is from organizing events. Vermont’s VTDigger has done well with memberships. Journalists are becoming more entrepreneurial, but there are many challenges ahead, he said.

The funding issues have hit local newsrooms harder than national sites. While newsrooms, such as the New York Times and Washington Post, are doing well financially, smaller media outlets have laid off reporters and editors or shut down, leaving local communities with either no or less coverage, Mooney said.

Mooney discussed how the Jeffrey Epstein sex scandal has ensnared major reputable institutions, like the MIT Media Lab. In Mooney’s current career, he advises clients who fear an upcoming media story may have a negative impact, although the lab was not a client.

The whole story is incredible, Mooney said. It raises questions about principled philanthropy and how a crisis can quickly mushroom.

The lab’s director, Joi Ito, resigned after a story published in The New Yorker revealed how Ito had concealed donations from Epstein to the lab. Epstein, facing sex trafficking charges, committed suicide in prison.

“Pursuit of money has a corrupting effect,” Mooney said, referring to Epstein’s donations. 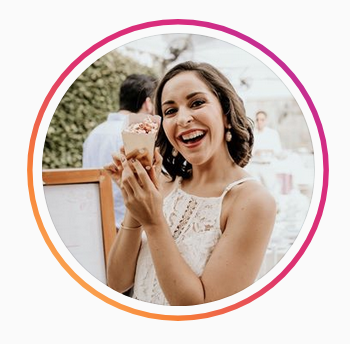