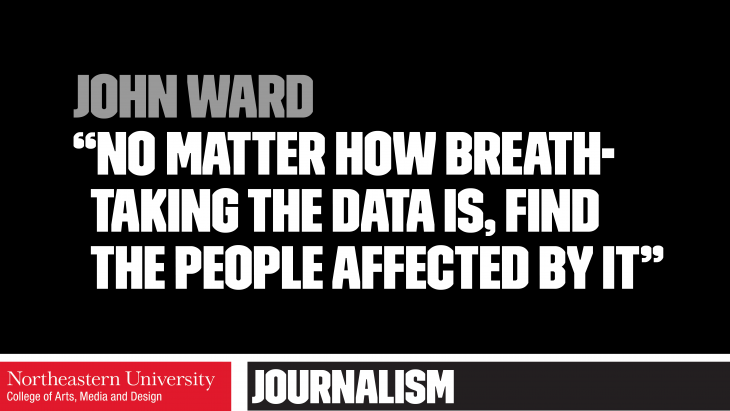 John Ward, the communications director of the ACLU of Massachusetts, which focuses on issues of civil rights and civil liberties, said the Boston-based nonprofit has grown quickly since President Trump took office, as it takes on the administration in a number of ways.

“We have challenged the Trump administration on a variety of issues,” such as immigration, said Ward, noting the organization’s unique position as a long-time legal advocate fighting for people’s rights. “That has given us a sort of platform when it comes to communication that we have never had before.”

The organization fights for people’s rights in several ways, he said. Two important paths are through litigation, where they sue in the courts for change, and also through political advocacy, where they work with legislators to protect people’s rights by shaping policies.

Part of Ward’s job is to frame the issues so that people can relate to them. To do that, they find “the human narrative at the center… We cannot tell the story about a big problem without finding individuals who were affected by it.”

“People want to relate to other people,” said Ward. They don’t see themselves in numbers, “they see themselves in faces, in stories.” And the group needs to get out understandable messages on a large number of issues — not an easy task.

“Think clearly about what message you try to get out there,” he said. “Are we advancing our long-term strategy through cogent narrative?… Are we sending out the same messages consistently over and over again?”

They must also be careful not to alarm people through their urgent messages when there is a crisis, but deliver a message of hope, Ward said.