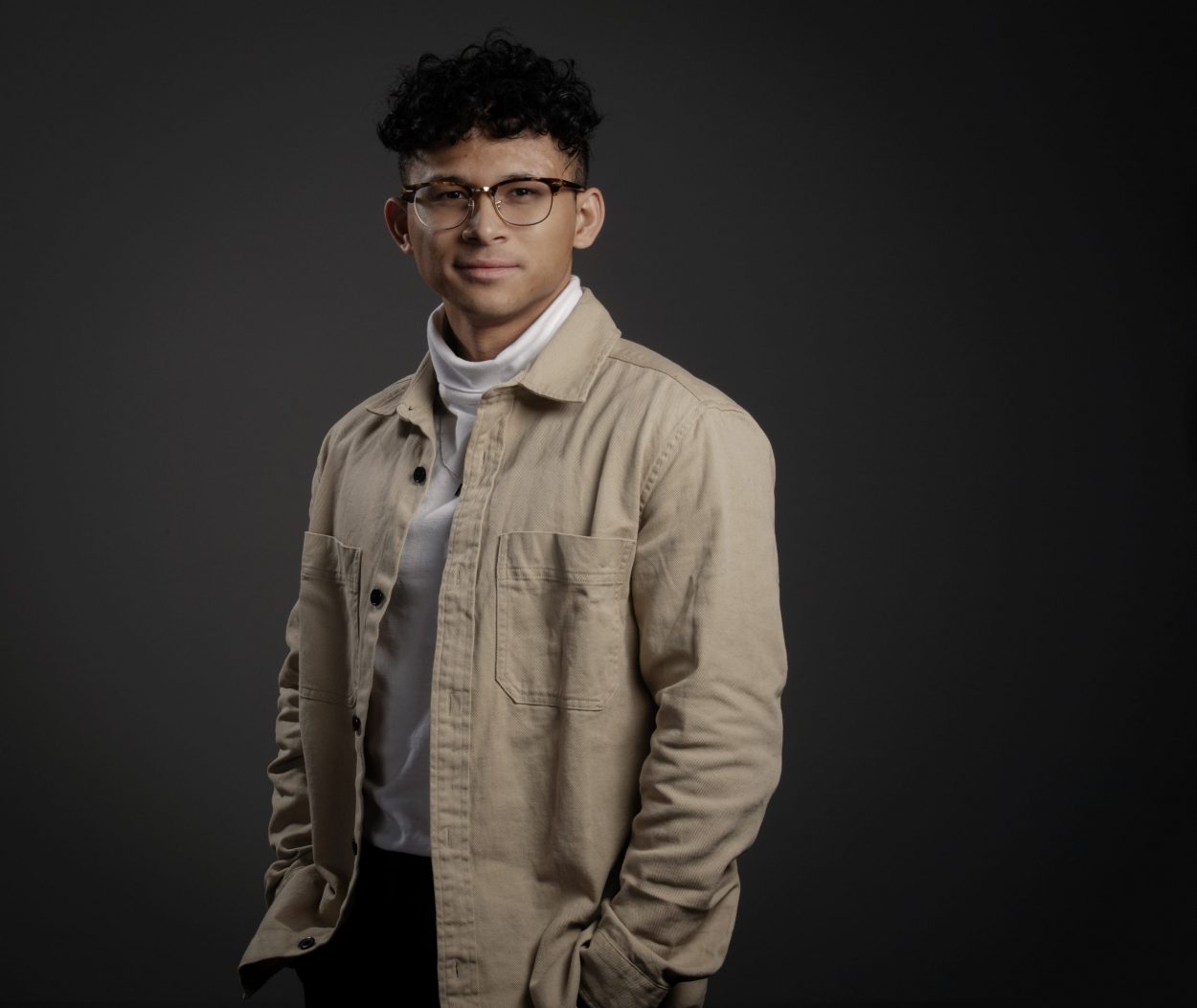 When Angel Mendoza interacts with other users on Reddit, he’s not doing it behind an anonymous username. He’s u/washingtonpost.

That’s part of his job as The Post’s newly-minted social media editor for Reddit. The account has existed since 2017, he said, but Mendoza is the first editor to take the helm as of August 2022, hoping to bring it to “the next level.”

In a sea of conversation — with over 130,000 active subreddits — his job isn’t simply about creating more content. It’s about finding new homes for The Post’s journalism whether that’s through creating relationships with moderators or facilitating ways to connect reporters with users.

“It’s public service journalism in a way,” said Mendoza, 26, who has been at The Post since 2021, “bringing the expertise closer to people that are really looking for it because a lot of these communities are very interest-based.”

Storybench spoke with Mendoza to learn more about his role, the importance of trust on Reddit and why newsrooms should enter new social media spaces.

This interview has been edited for clarity and length. (Photo Credit, Bill O’Leary/The Washington Post)

I’m not particularly familiar with Reddit. For people like me who aren’t as familiar, how does it work?

I’m admittedly also a sort of a newcomer to the platform itself, too. Something that really helps me solidify what the platform is, in my mind, is comparing it to Twitter and Facebook in a way. Facebook is you follow your friends and family; Twitter is just following celebrities and people. Those two platforms are more follower-based models, but Reddit is a community-based model.

And it’s a great platform because it’s very also discussion forward. The upvote or downvote system very much encourages quality in discussions. Each community is run by moderators, who sort of make the rules of the subreddit: They decide what sort of content is allowed in these different spaces. Some subreddits are big, some are small, some are niche [and] some are broad. And a lot of what I tried to do at The Post is to find different homes for our content.

And I do that through facilitating AMAs [and] figuring out which are the best moments to be like, “Hey, there’s a lot of audience on Reddit already asking questions about this certain thing that just happened like the breaking news thing like the Mar-a-Lago documents that were found.” I immediately got three of our reporters to hop onto an AMA to answer a bunch of questions related to our content.

And so, when we get a bunch of people in a forum, like the politics subreddit, to ask us questions about what we’ve been reporting on regarding the Mar-a-Lago documents, that’s so huge because not only does it get more readers, it also sort of builds trust. It humanizes us in so many different ways, and it also gives our reporters a chance to shine and show their different personalities and give behind-the-scenes looks into the reporting, which is so valuable — because not many people will really ever expect to talk to a Washington Post reporter on Reddit. And that’s one of the most rewarding things I think that I get from my work on this platform.

And beyond the AMAs, the other two things that I’m tackling is finding homes for our journalism because Reddit is different from Twitter and Facebook, in that you can’t just post a bunch of links anywhere, wherever you want.

But on Reddit, you have to do a lot of relationship-building work to unlock the spaces in order to post. And so a lot of my job is unlocking these new subreddits, talking with the moderators, doing AMAs in certain subreddits — and build goodwill first. And then you sort of work on building a relationship to where you can post more links and talk to people more often.

You’ve mentioned that building relationships and trust is crucial on Reddit. How difficult is it to get moderators (mods) to trust you? And what does trust look like on the platform?

I think one thing to note about Reddit is that it very much emphasizes individuals rather than brands and companies. And to me, initially — and to a lot of news publishers who are trying to break into this platform — it might seem it’s like an obstacle because there is a sort of a rule across the site that goes against self-promotion. If you are a news publisher, trying to post your own link into a community, that might be construed as self-promotion.

And so, I don’t think of that as an obstacle; I think of that as a stepping stone that kind of forces you to really get into a one-on-one, relationship-building situation with the people who run these big communities that hold the audiences that you really care about reaching.

Because of the nature of the upvote/downvote system, and the nature of it being a topic-based, community-based platform, I find that the discussions on there tend to be more enriching, more in-depth. People tend to be experts in the sort of things that they’re talking about in certain subreddits because you kind of have to be.

It’s public service journalism in a way — bringing the expertise closer to people that are really looking for it because a lot of these communities are very interest-based.

I’ve seen some of your replies to users who don’t believe that it’s The Post’s actual response. How have users responded to seeing you on Reddit?

And especially in local subreddits, like r/WashingtonDC, a lot of people have responded very positively to us being active because no one really expects a news publication to have a guy dedicated to Reddit.

And I myself am a very people-pleaser kind of guy. I like being really nice. I like giving a lot of cutesy responses when I can. And I think that was to like also my experience being on Twitter for 87 years. Not really. (He laughs.)

I think a lot of people in social media, especially for news, find it very hard to engage, to be personable or have a voice in a lot of different platforms. But as long as you are just generally pleasant, you don’t have to say too much just be like “Hey, we’re here,” just say that we’re here and we’re listening and we’re active, then people really respond nicely to that.

It gets you loyal audiences that have not been reached by a lot of news publishers. I think it’s safe to say that most news publishers do not invest in Reddit in the same way that they invest in Twitter and Facebook. It is a platform with 52 million daily users that are just thriving and talking about news all the time anyway.

A lot of Washington Post stories are talked about greatly in some of the biggest subreddits because we as a national news publication report a lot of stories that are of national concern.

So why not go in there? Go into the spaces where our stories are already being consumed and add to the discussion that people are already having about our reporting and further outline: one, what goes into our reporting; two, hopefully encourage media literacy and show the value of paying for journalism; and three, just putting a face behind a gigantic brand.

It’s really just about finding new ground and reaching new audiences, reaching newer, more diverse audiences — that’s really what it’s about and why we find it so useful to be investing in.

And as this role evolves, what are some of your goals?

This team is relatively new. And we’re still on the lookout for another social media editor for Reddit as well, who will be working with me. And to that point, we’re still generally figuring it out.

But what I can say is that I do really want to experiment more with community building, building our own subreddit for a topic that is novel, evergreen and is useful to both us and a lot of readers: something that they can contribute to all the time and something that I could put my expertise and my knowledge of what we have going on the newsroom to really build a loyal community that way.

And then also doing Reddit AMAs, obviously. I think I’m fairly well versed in that, and I would love to do a lot more of them often. And then Reddit Talk, which is Reddit’s version of AMAs but audio, like Twitter Spaces. You get a reporter to talk about the reporting usually with an expert or a public figure that they’ve reported with, or reported on.

And just doing more of those things, I think will really introduce the audience to our newsroom in really novel and meaningful ways. And hopefully, that builds loyalty.

And hopefully, that gets people to subscribe and invest in our journalism because we do a lot of good stuff. And this is a brand new place to show it. 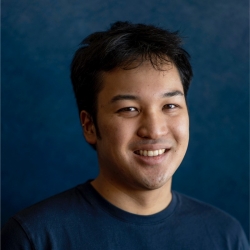 Matt Yan
Matt Yan is a fourth-year journalism and English student at Northeastern. He also works as a metro correspondent at The Boston Globe.