Today’s storm coincides with a flurry of related visualizations and news apps. Here are a few that caught our eye. 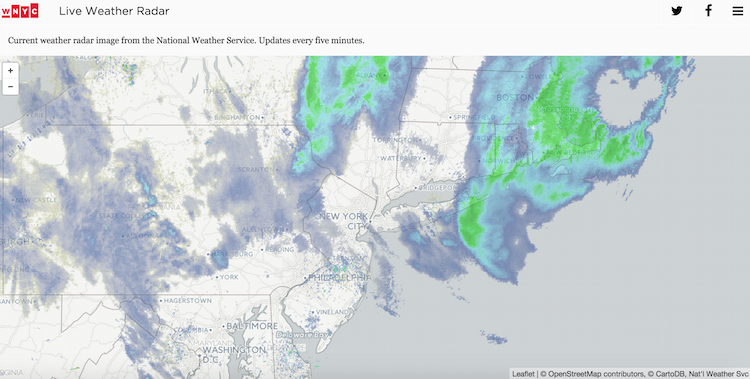 The New York Times built a dashboard to track the status of airports, trains, and schools in the NYC area. 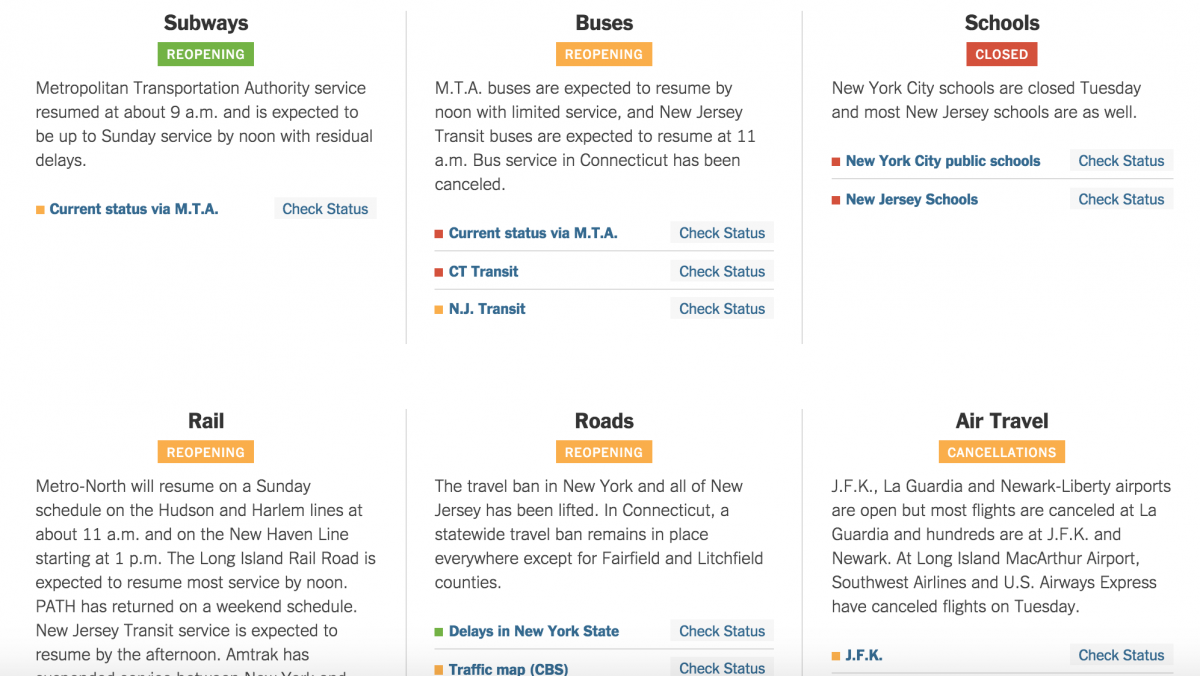 The Boston Globe built a static map of snow accumulation. 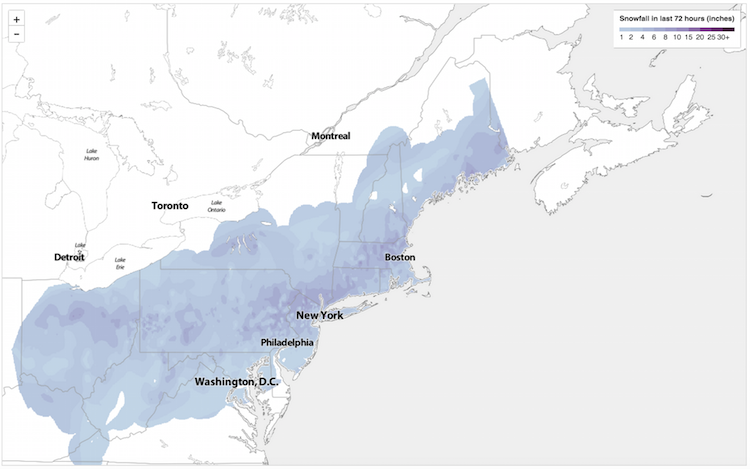 Windyty.com and earth.nullschool.net visualize global weather conditions. The wind data are updated every three hours. The tech is open-source. 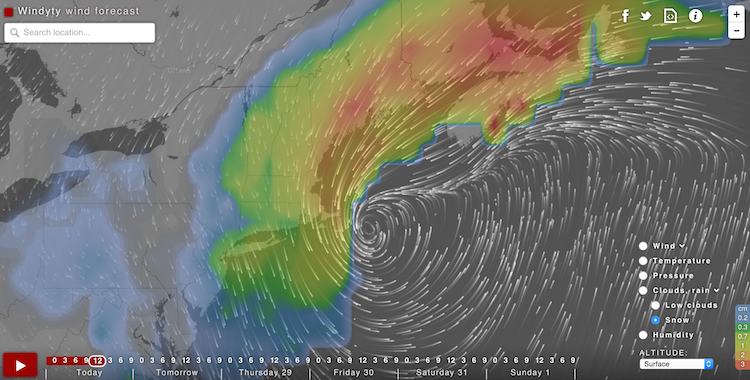 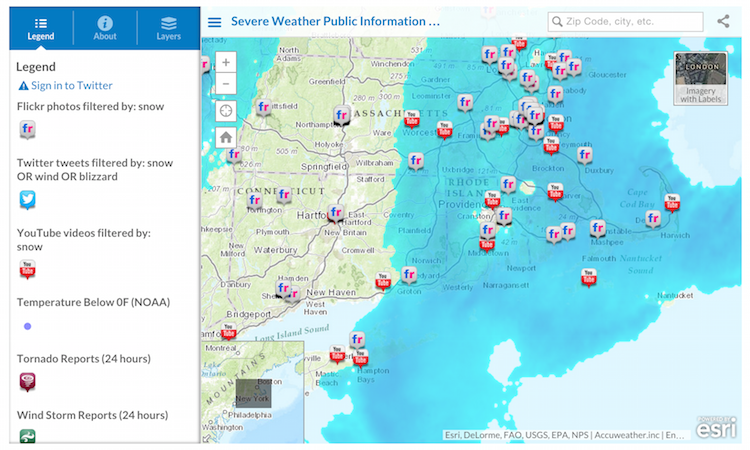 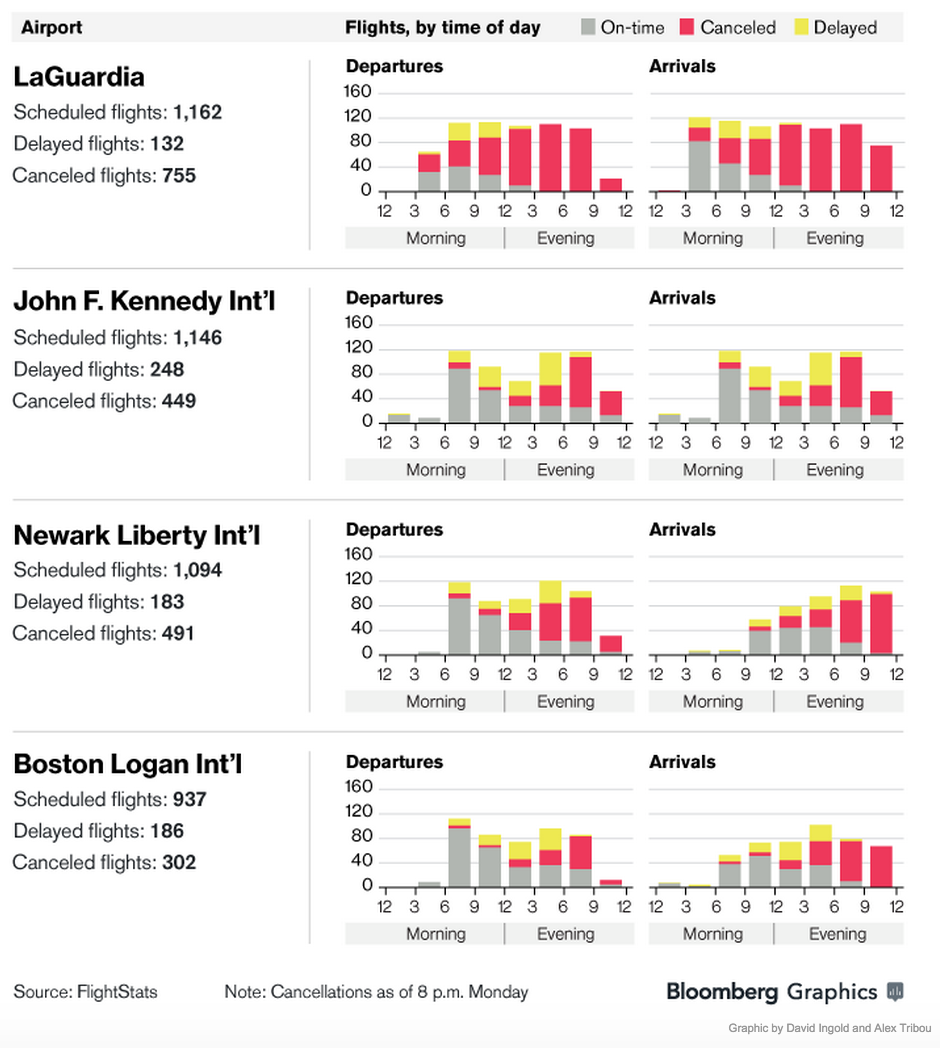 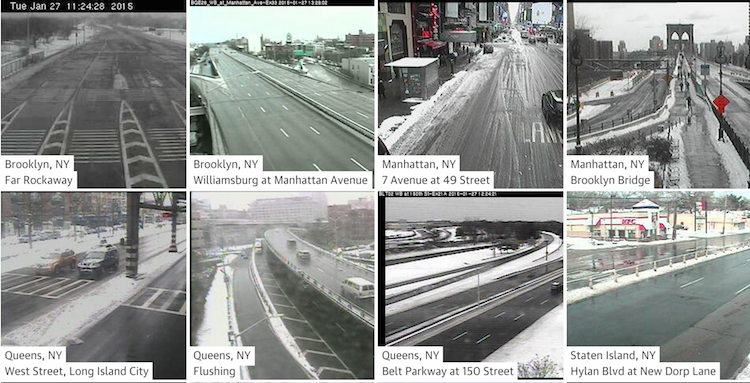