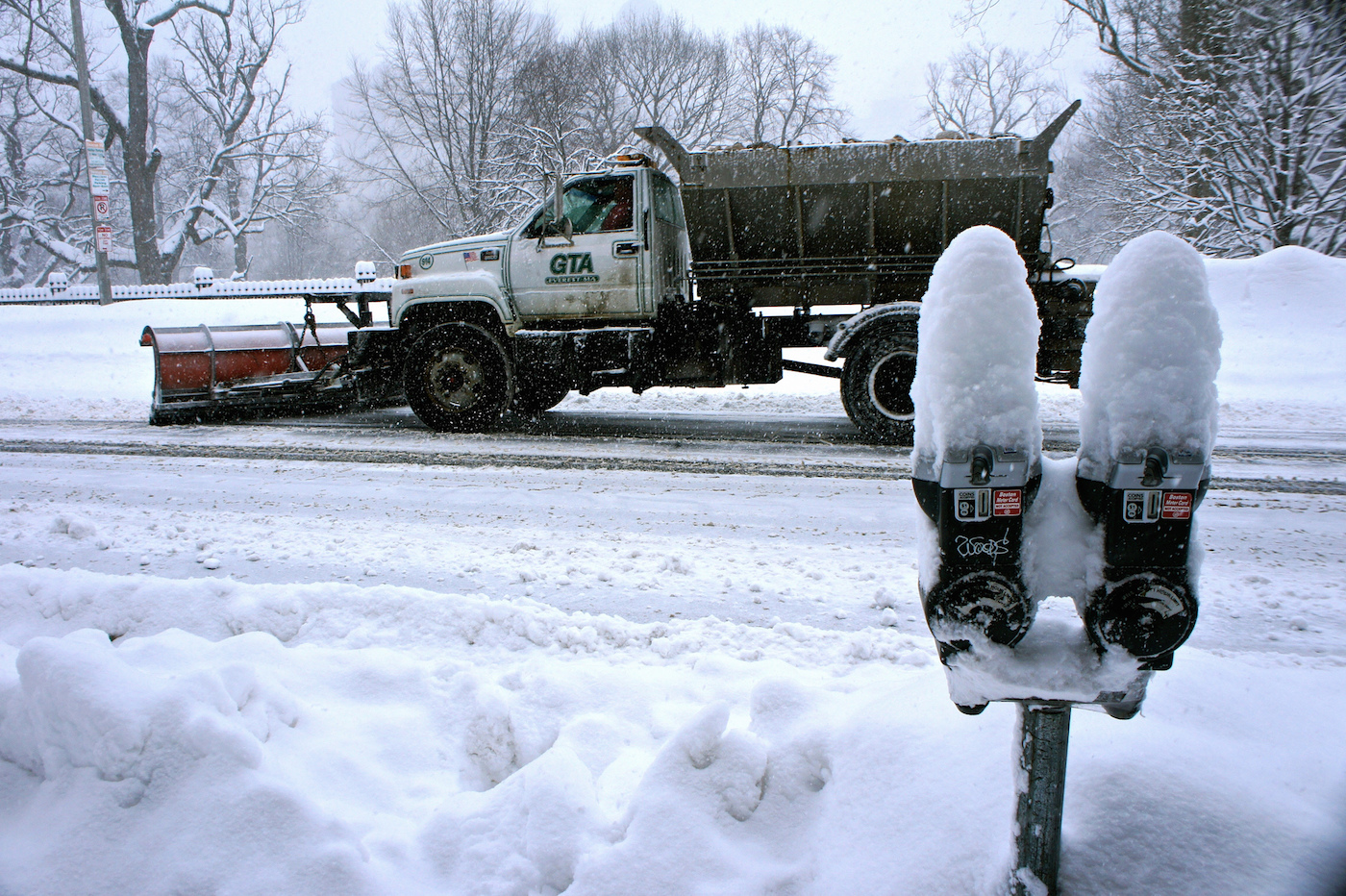 Boston has been hit by punishing, record snowfall this winter and some days the resulting white out has shut down public transportation, workplaces, schools and and universities. Emerson College, in downtown Boston, has been forced to cancel five and a half days of classes due to snow. As one snowstorm began to run into the next, Ryan Catalani, editor-in-chief of The Berkeley Beacon, Emerson’s weekly student newspaper, wrestled with how to best cover the snow days for his paper.

“We were sitting around thinking ‘Wouldn’t it be cool if there was a calculator to see how many classes you’ve missed?'” Catalani said, and how much that cost a student in dollar terms. “So I built it.” 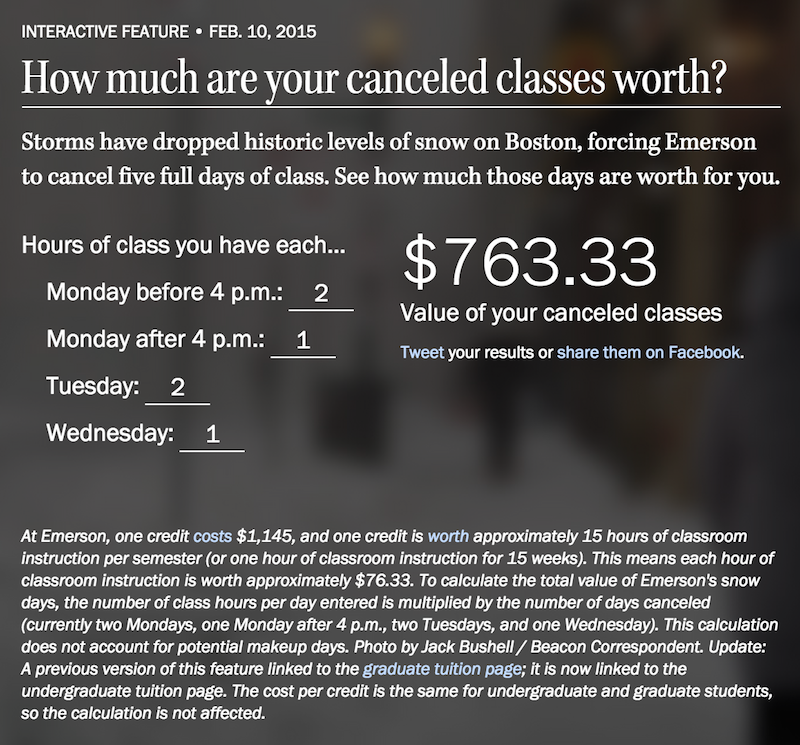 Catalani’s snow calculator allows students to enter the number of classroom hours they’ve missed due to snow and the calculator would show the value of their canceled classes. The snow calculator makes it easy to share their total snow day costs on Twitter and Facebook.

Using Javascript, Catalani wrote a short program that multiplied $76.33 with the hours of class inputed. The result is displayed prominently and readers are encouraged to share their total losses on social media. Catalani was surprised to find he could format the language for Facebook posts and tweets without having to tap into API’s (application programming interfaces). This saves a lot of hassle. Instead, he just formats a URL to include the total he’s calculated with the Javascript code. (https://twitter.com/intent/tweet?&text=)

The Berkeley Beacon’s snow calculator was popular on campus and eventually highlighted by Boston Magazine. Catalani says these kind of projects can make a student newspaper stand out. Emerson’s Berkeley Beacon is no stranger to college media awards, though. The paper recently won two awards at the National College Journalism Convention.