Filmmaker and storyteller Annalise Pasztor on using experimentation in journalism

TV news has had largely the same storytelling formula for decades. This past year, during a digital age in the middle of a pandemic, where Zoom has become the new form of communication, video storytelling was forced to experiment. From animation to historical content to graphics, news organizations like The Atlantic and The New York Times are expanding into new mediums and allowing filmmakers’ creativity to take center stage. Using elements from traditional filmmaking, while trying to find new ways to produce visuals when it’s not as easy to gather content during lockdown, video storytelling is transforming to keep audiences engaged and interested.

Annalise Pasztor is a multimedia journalist who started her career in the fictional filmmaking industry. She eventually found herself doing more journalistic pieces and has continued to tell stories in as many ways as possible. From having a college project published as a New York Times Op-Doc to telling the story of her grandma for Texas Monthly, she has continued to find ways to tell stories in new ways, developing her skills further as a filmmaker and storyteller.

“I did a couple little odd doodles and stuff in college as needed for certain things, but really started doing [animation] at The Atlantic,” Pasztor said. “I was a fellow there and on the video team, the only full time animator went on maternity leave and they needed somebody to do a couple mock up graphics and different things. So I expressed interest and sort of hopped into that.”

“I taught myself a lot of motion graphic stuff and dabbled with After Effects and Photoshop,” Pasztor said.

She combined aspects of her fictional background into documentaries, teaching herself animation to become a jack-of-all-trades. She worked as a fellow for The Atlantic, where a small group of producers came together to create stories in short turnarounds that told stories in new, creative ways.

As a filmmaker, she has juggled all areas of the production process, from directing to producing to animating. She continues to push the boundaries for storytelling, finding new ways to capture an audience through engaging storytelling. Find more of her work here.

Video storytelling comes as a result of collaboration between multiple people. Producers, editors and animators all come together to put together a coherent piece that allows them to work together to push for better storytelling.

“For all of these, a really sort of rewarding creative collaboration where everybody respects each other in their own sort of little field, their own domain, and it becomes just sort of a nice creative conversation and you can ping ideas off each other and by doing that, [it] makes everything better,” Pasztor said.

As the world becomes more visual and online, these forms of storytelling will become the new normal and even if there is a reluctance to adapt, news will eventually be forced to keep up with what audiences want — experimentation. 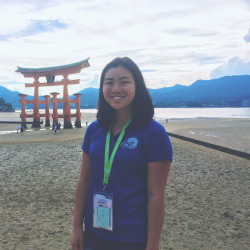 Sofie Kato
Sofie Kato is a fourth year journalism student at Northeastern with minors in criminal justice and psychology. She can be found @thesofiekato on Twitter.