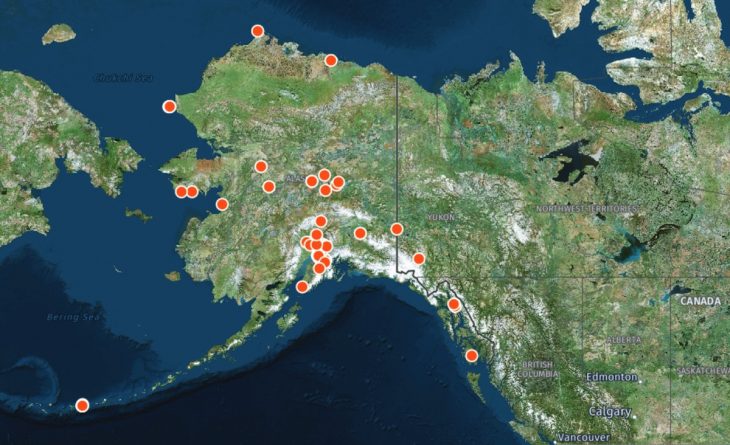 Kyle Hopkins, now special projects editor for the Anchorage Daily News, is a former reporter and managing editor for KTUU in Anchorage, Alaska. While at KTUU, he spearheaded the station’s foray into 360 photography and video and was the driving force behind the station’s collaboration with mapping platform Carto.com to create an interactive map showcasing KTUU’s 360 content.

Hopkins answered some of our questions about 360 in the newsroom and what drove him to want to include it in KTUU’s repertoire. Answers have been edited for length and clarity. You can see KTUU’s map of 360 content here.

What made you want to start using 360 videos and photos for local news?

I was aware that some newsrooms were doing 360 work by stitching together GoPro images, and that seemed far beyond our capabilities. But I believe it was at the Online News Association conference in L.A. a couple — three years ago that I talked to folks about less expensive, one-camera options and thought that could be a very cool tool for us in Alaska, given all the visually amazing places we travel to for stories.

Had you or someone else already gotten familiar with shooting 360 before you embarked on KTUU’s project?

After the ONA conference in L.A., I became a member of the Alaska Press Club board. We invited a Washington Post audience editor to come speak at our conference in Anchorage, and he mentioned that Post reporters had been using the Theta S for some easy 360 projects. So I convinced my news director to buy one.

We lost it almost immediately. A reporter dropped it while hiking to a beach location where a whale had washed ashore. But we bought another one and I made a list of places in our area that could make for cool 360 photos and videos. We assigned a photographer to go get the images over a couple of days, and I began taking the Theta with me whenever I thought it might make for a cool shot. So we began doing things like some really beautiful northern lights photos at night, or placing the camera in the middle of a pizza to show the scene at a busy election central on election night.

I personally bought a 360 Fly and experimented with it as well. We found that the Theta was good for still photos, but none of the lower cost cameras at the time were creating very clear video. The new Samsung cameras appear to create better results, so I’m hoping that my next batch of videos look better on YouTube, Facebook and especially when using VR headsets.

What were you hoping to accomplish through using these media?

We are a small newsroom but we travel to amazing places, and I wanted to give people the experiences that we have in a new way — to put them in the seat of a small plane that’s flying above the Iditarod sled dog race, or on a boat as it lists sideways in the middle of a storm in the Bering Sea.

We wanted to get comfortable with using 360 cameras in hopes that our audience would become more and more familiar with these types of videos and images, and we’d already be ahead of the game. I also wanted something that would stand out on social media, and Facebook began to become very 360-friendly in the middle of our project, so suddenly we had these great photos that people started talking about because they realized that they could move their phone around and see different parts of the Facebook images.

I also was inspired by the Guardian’s 360 project on solitary confinement. In Alaska, we have a new corrections commissioner who wants to greatly reduce use of solitary confinement following an inmate death, and I thought 360 would be a good way to put someone in one of those solitary cells and create a package with inmate interviews that could be really striking. We are still planning to do that project.

We also plan to start using drone 360 footage in some pretty cool ways.

How did you decide to have one place where all your 360 footage would be collected? Why did you choose a map?

We have a very limited content management system. As part of a chain of 70-plus smaller TV stations, we have almost no control over the basic look and structure of our CMS/website and there was no good option for displaying the 360 photos we were making.

I had been making crime maps and story maps using Google Fusion and, later, Carto, and was trying to find a map that would allow us to show where we had taken the 360 pics/videos and allow users to open them without leaving the browser. That turned out to be very difficult because the technology is/was still so new, that no one seemed to know how to handle 360 embeds. But when I signed up for a Carto account, a got a message from someone at Carto asking if I needed help. I said I did! We began to work through the problem of embedding 360 pics, and he ended up working on his end to create a custom html page that we could iframe onto our very basic website.

Are you going to continue using the map for future 360 footage? If not, how are you thinking of organizing your 360 footage so people can access it?

We have very strong market penetration in Alaska on Facebook, so I think that is going to be where most Alaskans see our 360 work. I will likely create a special 360 section of our website when we finish our Aleutians Island project, which I hope will have some of our best-quality and most compelling 360 video yet.

What kinds of responses to the 360 footage have you gotten from your viewers?

They love it on Facebook. As of earlier this year, there seemed to be a pretty small headset user base, so we haven’t heard much from people who actually wear the goggles. They seem to like simple experiences like the video where you simply ride at the front of an Alaska Railroad train through beautiful scenery, listening to the sounds of the clack of the rails and the train whistle.

Our Alaska 360 map won an Edward R. Murrow award for innovation recently, which was neat.

Have you done any sort of, for lack of a better term, open houses for your 360 stuff? In other words, have you set up computers and headsets somewhere and invited the public to come and view your 360 content?

I’ve felt like the visual fidelity is still a little weak for entry level cameras. The photos and videos just haven’t looked good enough in my opinion. I’ve been waiting until we get a better camera and have some just undeniably cool stuff to show people before we do an open house. However, I did organize and host an open house on VR journalism through a partnership with the Online News Association and the Alaska Press Club. We brought in photographers and reporters and I had them try on headsets and showed them the cameras we’ve been using.

What do you think 360 content brings to a local TV newsroom?

Our challenge in local television is the same thing that newspapers have been going through for the past 20 years: the size of the audience is shrinking. We need to be moving our traditional audience to digital platforms because that’s where we’re going to be getting our revenue in the future. Being the first in our market to embrace 360 gives us a fun and — I think — powerful storytelling tool online. It also helps our social media posts stand out. When every news outlet in Alaska is covering the same event, we can stand out by sharing an interactive photo or video on Facebook that has a chance of getting more shares and eyeballs than something more mundane and expected.

Correction: This article has been updated to reflect Hopkins’ current position. 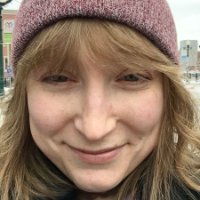