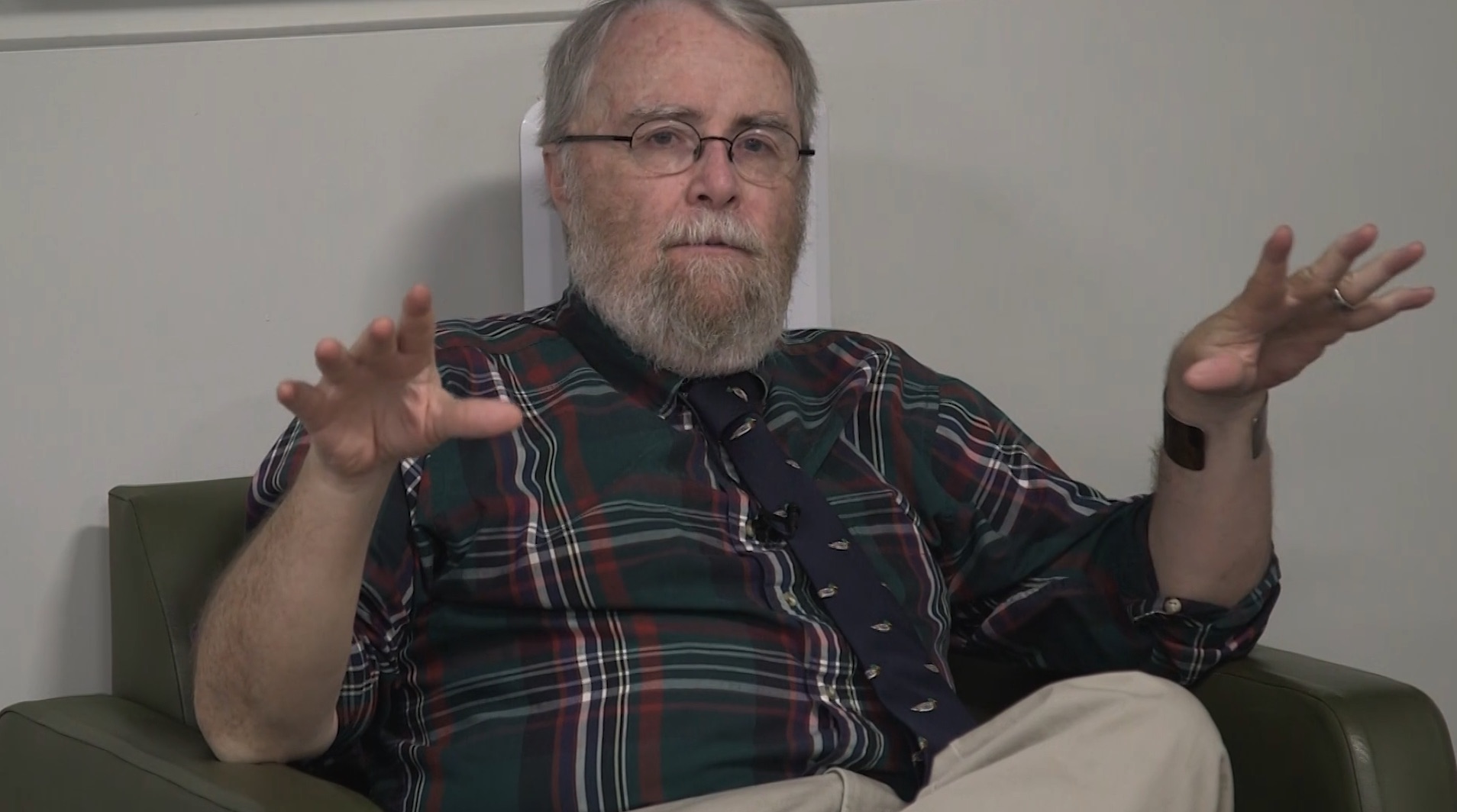 Last month, Esquire politics blogger Charlie Pierce spoke at Northeastern University’s School of Journalism about how the press is and should be covering Donald Trump.

“Starting out, as I did, as a sports writer, television changed everything. Because you no longer could write a straight game story because people already knew what they saw. So, you had to change the way that was covered. You had to make it, at the same time, more deep and more immediate. You had to be deep, but you also had to be as immediate as television. And, of course, the rise of the Internet has thrown everything on afterburners.”

“Some people feel bad that they missed it simply because they missed it. I mean it was a landmark for good or ill in American political history and they didn’t get [the story]. So, I think a lot of people feel bad because they missed [it]. You had this giant story right in front of you and ‘how could you have missed all the signs?’ I became convinced that he had a better that he had a better than even chance than winning the Sunday before the election. I was in Pennsylvania and I drove out to Gettysburg and you know after you get outside of the Philadelphia-Metro place, and started going west out toward Maryland, you started to see all of these Trump signs. And they weren’t yard signs, these were signs people made.”

“There’s always a crisis in liberalism because nobody ever gets along with anybody else. But there’s also a severe intellectual crisis in American conservatism. And unless they take stock of the previous 40 years and understand that those years made Donald Trump not only possible but inevitable, all they’re going to do is treat him like a one-off, and five years from now another Donald Trump, except a better Donald Trump, a guy that’s really good at what Donald Trump is trying to do, is going to come along, and he’s going to hijack the party.”

“One of the very first profiles I did for Esquire, when we all moved over there in 1997, was about John McCain and I came to like him a great deal as people will. I think I may have been too harsh on him in 2008 when he ran for president because I think he wanted to be president too much. I don’t know if I was acting out of my own personal disappointment or not. But I do think a lot of things he did in 2008 that he wouldn’t have dreamed of doing in 2000. [Follow-up by Laurel]. Sarah Palin, that’s a big one, but mostly, in 2000, he gave a great speech after the South Carolina primary when he was slandered almost beyond belief by the Bush people, where he talked about what he called the agents of intolerance and, included in that speech, leaders of the religious right. It was written by a friend of mine named Mark Salter, who was his ghostwriter. I sent Salter an email saying that’s one of the greatest speeches I’ve ever heard an American politician give. In 2008 it was like he never gave that speech. He was sucking up to the same people. In 2008, I think I found that so disappointing that it affected the way I wrote about him. Reading some of the stuff I wrote in 2008, I think I would go back and maybe temper it a little bit because I think I was acting out of a personal sense of disappointment.”

“I grew up in the 1960s when the last time we had a large amount of activism among athletes, from Muhammad Ali to the Olympic Project for Civil Rights to the Curt Flood case, the rise of the players’ unions, and so forth. Sports has always been political. I always said that if you did sports writing right, you could cover every in the country through that prism, race, the impact of technology, television, the Internet even, class, civic corruption.”

Thanks to Natasha Chang for production help.