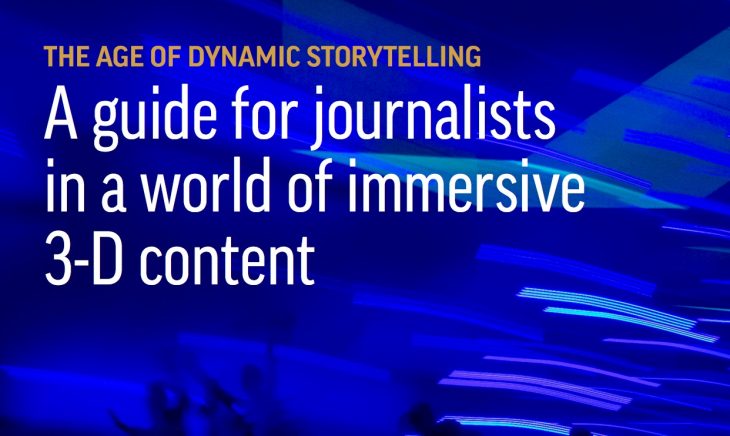 The revolution will be immersive.

Journalists today have a suite of new mediums at their disposal with which to tell stories that not only engage audiences but also allows news consumers to explore and create their own narratives. That kind of dynamic storytelling is the future of journalism, according to Francesco Marconi, a strategy manager for the Associated Press, and Taylor Nakagawa, an emerging media fellow at the AP.

Marconi and Nakagawa today published a comprehensive guide to immersive journalism titled “The age of dynamic storytelling: a guide for journalists to immersive 3-D content.” Dynamic storytelling, they argue, is a new approach to journalism that puts the news consumer at the center of the story. By leveraging technology in innovative ways, Marconi and Nakagawa write, journalists will improve their ability to shape perspectives, influence popular opinion and inform the public.

In a sense, these new technologies – like 360-degree video, augmented reality and virtual reality – represent a shift in the industry from passive to active consumption. Traditional journalism is largely told from a single, fixed perspective, Marconi and Nakagawa argue. Print, documentary films and photographs are all passive methods of consuming news. Immersive content, on the other hand, has created an interface whereby audiences can actively participate in the news they consume.

Marconi and Nakagawa reached out to dozens of industry leaders in journalism, technology, academia and entrepreneurship for specific areas newsrooms should consider when constructing a non-linear immersive experience. Considerations like including audience participation, the immersive technologies available and the various perspectives presented.

Finally, in order to measure participants’ engagement with dynamic storytelling technologies, the AP also conducted a study with neuroscientists at Multimer to look at brain activity – in the hopes of measuring attention and relaxation – of 12 study participants as they consumed immersive media content at NYU’s VR laboratory. One thing the study concluded was that hands-free headsets drove higher levels of engagement that cardboard 360 viewers. Counterintuitively, though, cardboard viewers elicited high levels of stimulation, the authors write, because of the high quality of the images.

Marconi and Nakagawa’s report challenges journalists to relinquish control of how news is traditionally told and to think more about how news can be presented in different ways. That means considering things like ethics and standards, newsroom workflows, technology deployment, skills and user adoption, the authors write. At the very least, the report should provoke a discussion as to how newsrooms will integrate strategies and tools to produce and distribute immersive media across devices.

Nearly all journalists agree that immersive content and non-linear storytelling techniques have many facets and there are many ways it can be implemented in a newsroom. But like any other technology, the more you know about a tool, the more effectively you can use it.

Reading this report will no doubt be a first step for many newsrooms. 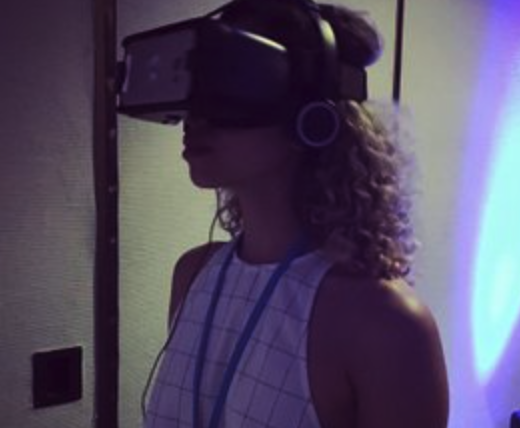 Sophia Fox-Sowell
Sophia is a graduate student in the Media Innovation program at Northeastern University's School of Journalism. Last summer she was a film development fellow at RYOT.