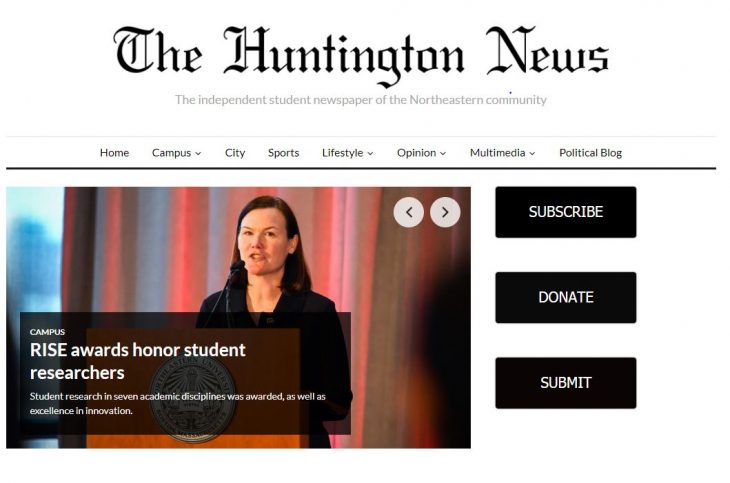 If you’re a regular reader of The Huntington News, you might have noticed something different about their recent story on what Roadside America flagged as notable attractions around Boston.

“Instead of presenting that in a graf, there’s a photo and a blurb with a map in this sort of scrollable feature,” said Glenn Billman, multimedia manager for the News.

The paper’s stories tend to follow a familiar formula: Headline, lead image, and grafs of text. Founded 82 years ago as The Northeastern News, The Huntington News is the most established publication of the Northeastern University community. And it’s gone through quite a series of changes in the last decade alone, especially when it comes to social media and digital storytelling.

In the summer of 2008, it shed university oversight to be an independent paper. And as recently as the past year, the students at the helm of the weekly newspaper have worked to bring the News into a media landscape catered to digital natives.

These tweaks are central to the work of Billman and Olivia Arnold, the paper’s social media manager. Arnold previously served as editor-in-chief, and implemented a social media team composed of a manager and director for each section during her term.

“It was always the responsibility of the editors to do social media for articles in their own sections after print nights, which just involves really crazy — like you’re up until 4 a.m. trying to publish these and these, put it in the paper, and then you’re going, ‘Oh my God, I have to schedule Facebook and Twitter,’” she said. “It also led to just being really disjointed, a really non-uniform voice among all those social media posts because all these different editors were doing it, and they didn’t really have any set guidelines of what kind of voice they’re supposed to be giving off or what style they were really supposed to be writing in for these posts.”

Arnold and her team set numeric goals for each platform, and have implemented initiatives tailored to each one.

With Snapchat, this included putting up flyers with codes that allowed students to scan them on the app and be redirected to an article the newspaper wanted to feature that week.

“We put it in places around campus, like Snell Library and Curry Student Center, and we got quite a few followers from that,” Arnold said.

For Twitter, Arnold said the focus on engagement through likes and retweets instead of followers.

“We made sure we were really purposeful about tagging people, about hashtagging things that were trending, like March for Our Lives when we covered it, like the Super Bowl,” Arnold said.

For Billman, the hurdle has been getting people to think of creative ways to package a story with the help of digital tools.

“It’s predominantly the way the news cycle was structured. It was print-focused,” Billman said. “Everything was set to be printed on Thursday and pushed out at that time as opposed to spread out during the week.”

Billman also noted that print leaves little room for additions such as infographics, which she has tried to implement to stories that incorporate data.

“By including them,” she said, “people are more likely to keep reading.”

She and her team often use Canva and Piktochart to create those graphics, while the map feature for the Roadside America piece was a tool created by Northwestern University’s Knight Lab. It’s the only time Billman has incorporated a tool like that one into a News story, but notes the paper has only hit the tip of the digital iceberg.

“Embedding video is something we haven’t been doing. It’s so easy and we haven’t been doing it,” Billman said. “Or, we’ll send a photographer to an event and they’ll be there for 30 minutes or an hour and take a bunch of photos and then we only use one at the top. We have great, talented photographers and these photos, but it’s such a waste of their time. We just started using pull quotes and subheaders. It’s getting people to realize these are really easy to use tools.”

Erica Yee contributed to this report. 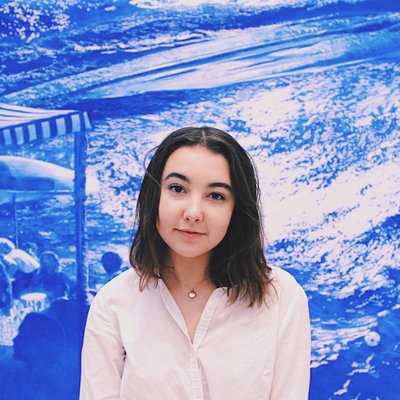 Megan O'Brien
Megan is a journalism student at Northeastern University.