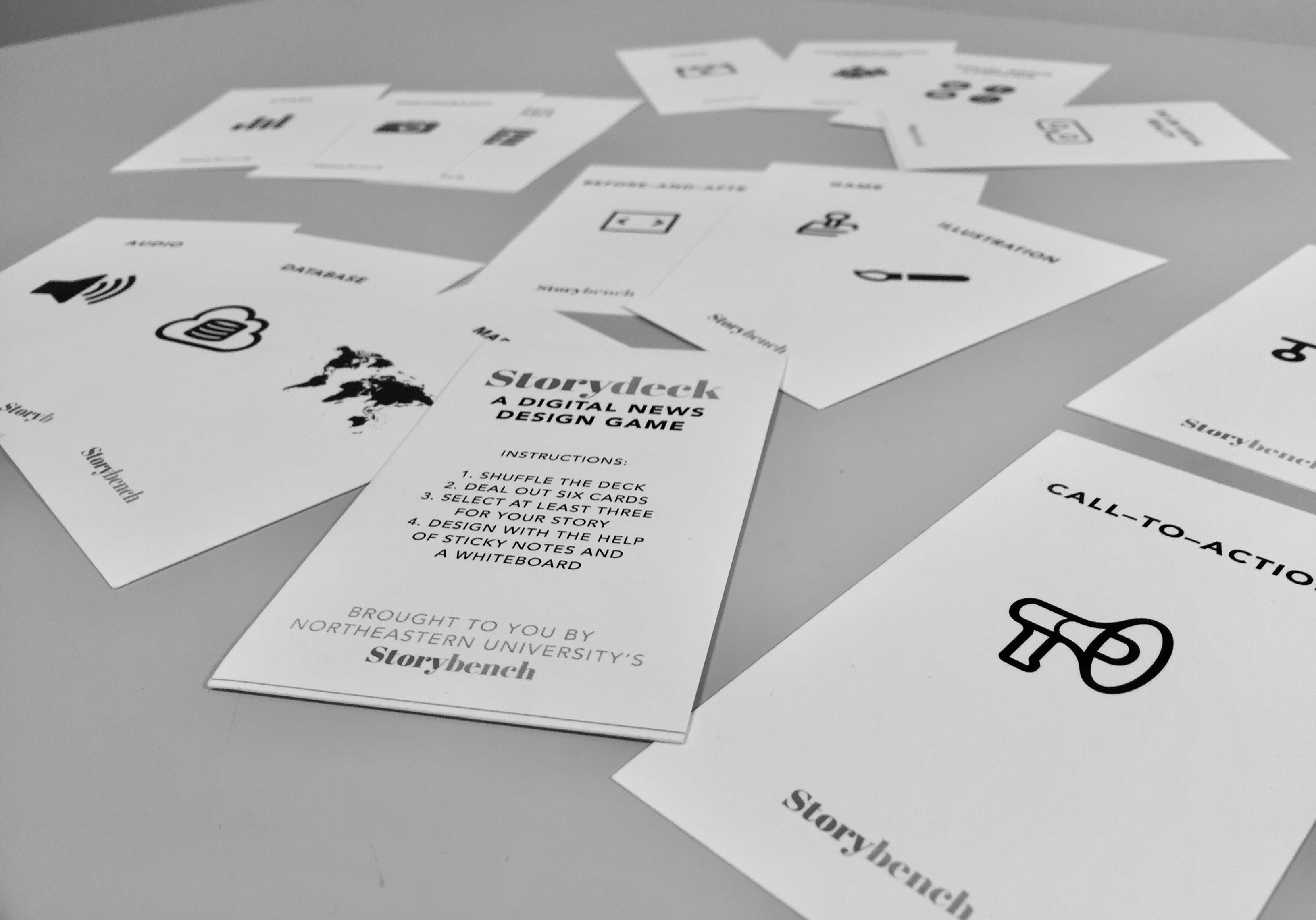 Last weekend, at the Journalism Interactive conference hosted by the University of Maryland, I presented a card game that I have been prototyping for the last year in classrooms from Northeastern to the Nieman Foundation. The game, in a nutshell, helps students conceptualize, scaffold and focus a digital story for a specific topic and a specific user.

The game – which you can download free here – is based on the research we’ve conducted through Storybench and it organizes many of the common ingredients that go into a successful digital news article. Here’s how it works:

Extra points for multiple wireframes and detailed annotations. Ideally, the teams report, build and publish this story as a final class project.

Have an idea for improving the game? Contact us at @storybench.

Thanks to Pearl Mak for producing the following video!

Download the PDF by clicking below and send it off to the printer – ask for thick card stock! 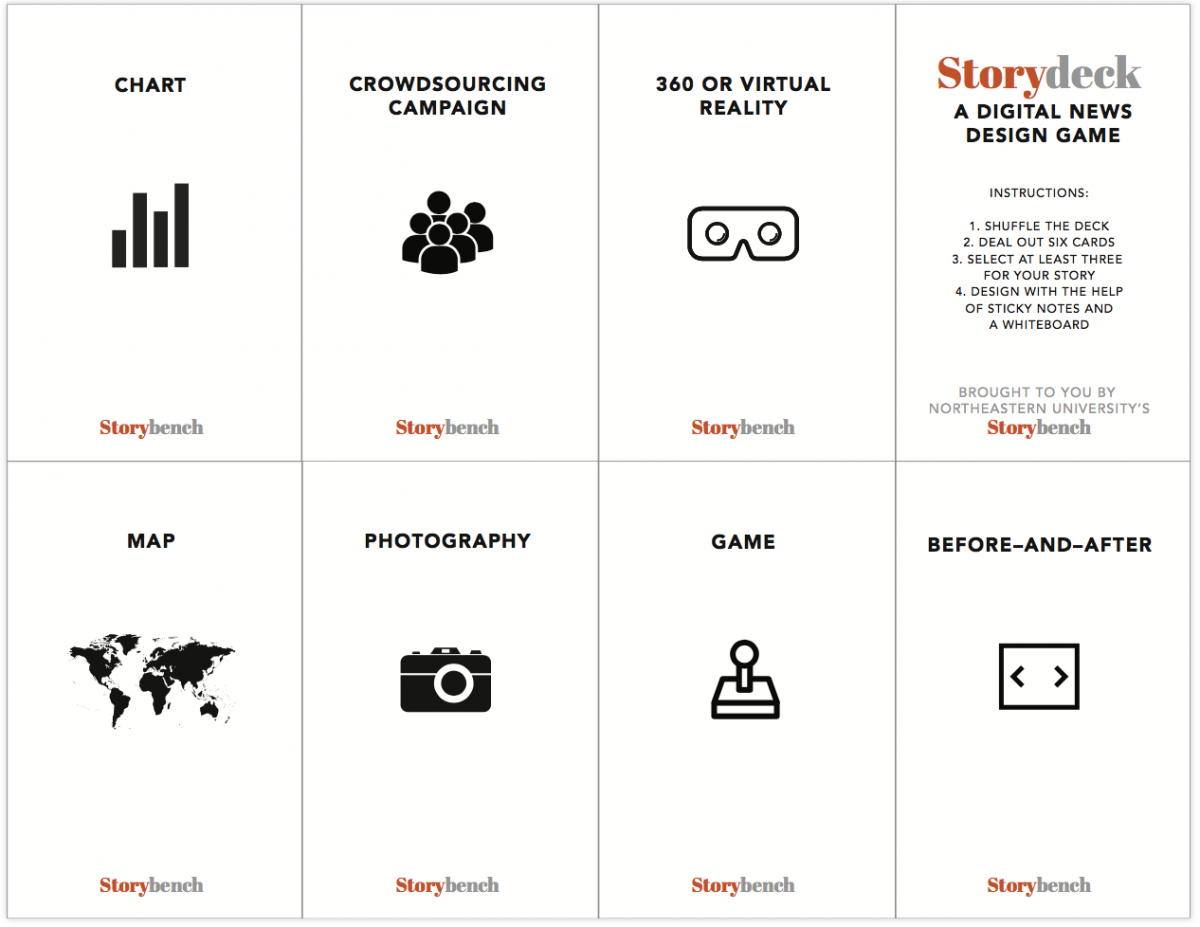 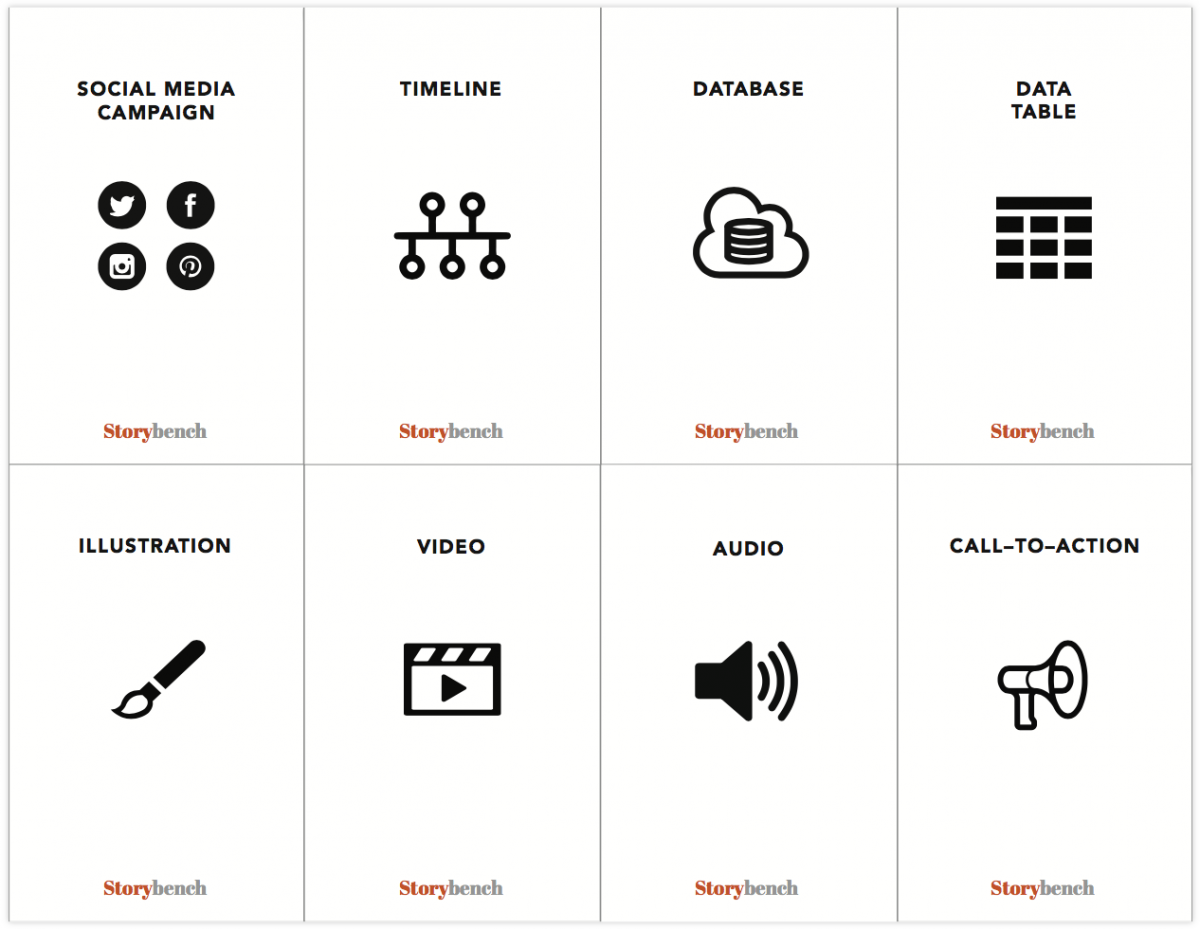