Pete Buttigieg talks millennials and a call to action

Pete Buttigieg, the mayor of South Bend, Indiana who is exploring a run for president in 2020, spoke about important policies that might resonate with millennials during a discussion at Northeastern University this week. Buttigieg spoke with Kimberly Atkins, a senior news correspondent for WBUR. The talk formed part of Northeastern’s “The Civic Experience” series.

After taking center stage to thunderous applause from a room filled mostly with Northeastern students, Buttigieg quickly jumped into a discussion on generational divides, and whether this separation posed a serious issue that will require working across those gaps.

Buttigieg also touched on his idea of democracy. The thing that keeps people safe is the system of democracy, he said. It keeps the government functioning, and any damage that is inflicted upon it is lethal.

“If our democracy can be hacked by a malicious foreign power… that is as dangerous to us than anything we can shoot at,” he said, referring, of course, to Russia’s interference in the 2016 presidential election.

The majority of the talk focused on was the importance of millennial engagement and Buttigieg held strong opinions on the topic as he, too, is a member of the generation. According to Buttigieg, the issues that some politicians like to ignore – such as climate change, tax cuts and education – are the precise problems millennials want to fix, and vote on.

“We’re going to be around to clean up that mess,” he said. Buttigieg mentioned that some of these issues are present problems, and will only hold greater weight on the world in the future if they continue to be disregarded. He highlighted climate change in particular.

“It is right now,” he said. “Today. Happening to us. Not just in the Arctic but in our communities.”

The mayor, as a result, called on millennials and anyone who cares about the issues currently plaguing the world to take action; not just to help remedy these issues, but to take action against political officials who believe these problems to be unimportant.

“They’re not afraid of young people,” he said. “They will be if you fire them.” 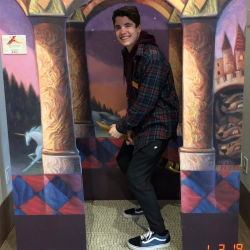