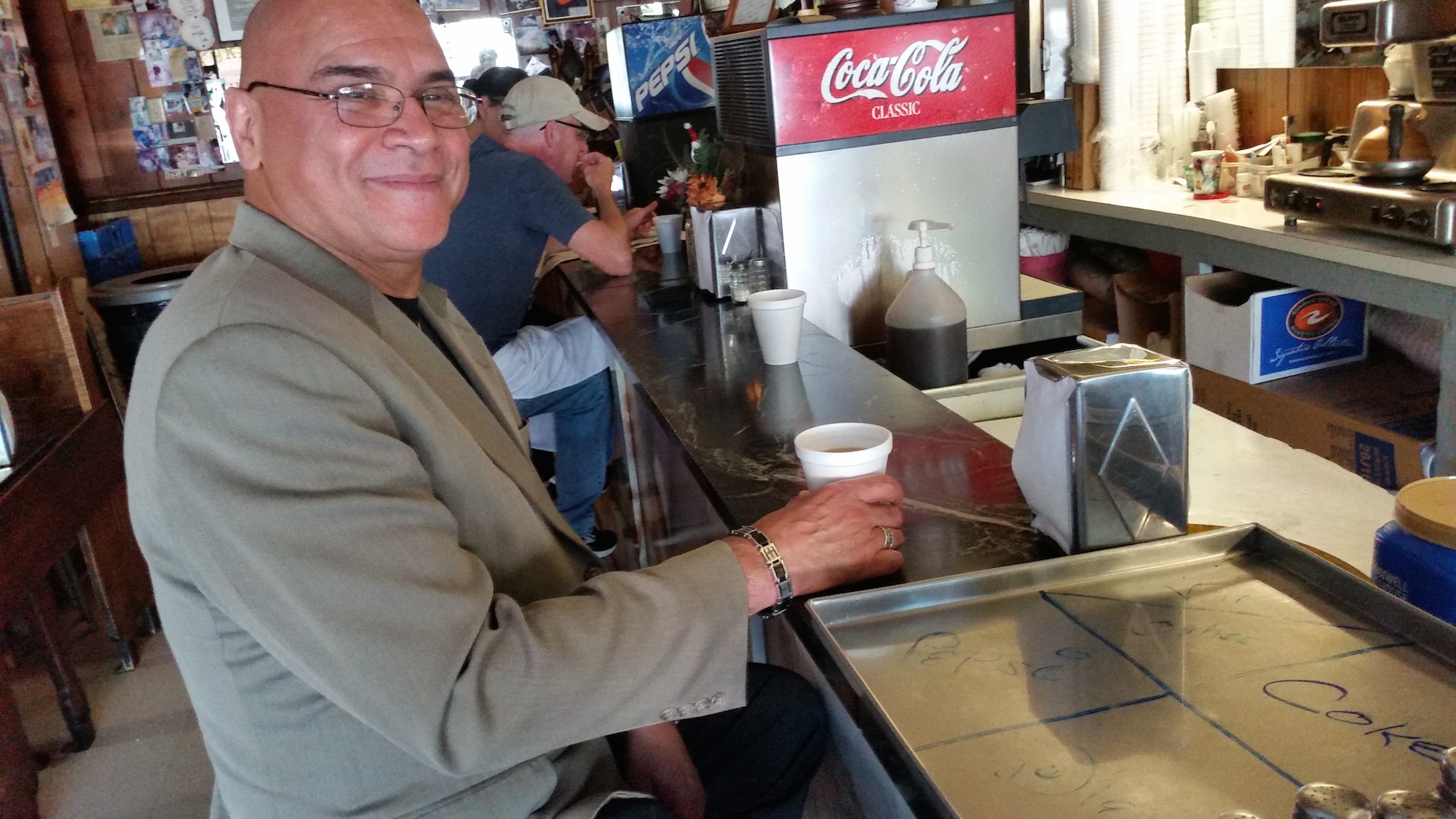 On a recent episode of Criminal, a podcast about crime, freelancer Daniel A. Gross told the story of a Maryland man sent to prison who found solace – and an escape – in books. Storybench spoke with Gross about how he tracked down the story, produced it for Criminal, and wrote it for the NewYorker.com.

Tell us about how you uncovered the story. How did you meet Robin?

Like a lot of the best stories, this one came about circuitously. A friend of mine volunteers for a DC organization called Books to Prisons, and she told me how moved she was to read letters from incarcerated people. She said inmates are constantly requesting dictionaries — so I reached out to a Merriam-Webster editor. He passed me on to his boss, who finally passed me on to a colleague who had had a long correspondence with a prisoner. The colleague was Mark Stevens, and the former prisoner was Robin Woods.

There are stories you stumble upon, and other stories that you really have to dig for. Trust your obsessions. When you realize that certain themes and subjects move you, don’t rush your reporting. Look for the person who embodies those themes, even if it takes you months to find them.

How did you think about pitching this story?

The moment I heard about the correspondence between Robin and Mark, I could tell their relationship was complex and surprising. Here was a man who felt so empowered by words that he corrected encyclopedia errors from a prison cell. But it wasn’t a straightforward story of redemption. I saw this as a story about the ways books can both empower and disappoint.

The trick was finding an outlet that would give me the space to explore these topics in real depth. Criminal was a great fit — their episodes are long, thoughtful, and look past the stereotypes of reporting on prisons and crime. The website of the New Yorker also seemed fitting, for different reasons. Writing for the books page, I was able to look more closely at reading as a kind of liberation — limited though it is — for incarcerated people.

What about it made this a good story for audio?

Radio has an incredible capacity to put the listener in a particular time and place. Sure, it’s meaningful to say that, after a decade of phone calls, Robin and Mark met for the first time. But there’s another level of intimacy that comes with actually hearing the meeting play out in real time.

Criminal is a very interview-driven show, which meant this piece included a lot of interactions between Robin, Mark, and myself. Those moments of back-and-forth can be important. They allow you as a producer to stand in for the listener. You ask the questions you expect your audience to have.

The lede, style and organization all vary in the version you wrote for the website of the New Yorker. Can you tell us a little about the process of writing it up?

Radio has intimacy, but writing has its own advantages. Readers tolerate cuts and juxtapositions better than listeners do. They’re also better equipped to read through the correspondence between Mark and Steven. That’s why you’ll find more quotes — and even a concluding excerpt from a novel — in the NewYorker.com version. Magazine-style writing allows you to pull quotes from many sources, and move more quickly between voices and places. You can also dig up additional details that help develop scenes.

Perhaps the biggest difference between the two versions is that, in the written story, the reader immediately learns that Robin and Mark have met in real life. It’s in the first paragraph. This came at the suggestion of my editor, and I think it says something insightful about differences between text and audio. In both situations, it’s important to tell stories bit by bit, so that readers are continually drawn in. But in writing, readers seem to rely on a bit more guidance. If I started the piece with the story of a break-in and incarceration, the reader might have been left asking—what’s this story actually about? What separates it from every other story about crime? Hinting at the role of books in Robin and Mark’s friendship hinted at the surprises elsewhere in the story.

One day, as Woods remembers it, he saw a shadow on the wall of his cell. It was the Maryland Commissioner of Corrections, who asked about his health. “He had a very curious look on his face,” Woods told me. “He said, ‘Who is this Mark Stevens?’ ” Woods remembers thinking, How does he know Mr. Stevens? As it turns out, Stevens had written to two prison wardens, and eventually word had gotten to the commissioner, who called him back. They spoke about Woods and the encyclopedia. Not long after that, the commissioner offered Woods a deal. If he would end his hunger strike and follow the rules for a year, the commissioner would cut short the extended sentence and send Woods home.

What did a podcast like Criminal want from a freelancer in terms of a pitch, preview tape, scripts along the way?

My original pitch was just a few paragraphs describing the friendship between Robin and Mark. By that point, I’d spent a few hours on the phone with them, so I sent over a few minutes of tape too. After I reported the story, I drafted a script and sent it over. The editing process was hands-on and involved a session in Google Docs and some time on the phone. Mostly we went back and forth about how to streamline the structure and which scenes to trim.

Could you tell us about how you structured the story and what went into weaving it together?

Much of this story takes place in a sort of lofty realm of ideas, so I knew I needed to ground the piece using scenes. I also needed some kind of action up top. That’s why the story begins at the scene of the crime that landed Robin in prison. In a way, that scene was an act of slight misdirection, because the listener doesn’t know at first that Robin was self-educated and illiterate into adulthood. Lauren Spohrer, who produces Criminal, encouraged me to save that ‘reveal’ for later in the story—which turned out to be sage advice.

After that, the structure mostly clicked into place. A lot of the story is chronological, with the exception of a brief rewind scene that talks about Robin’s childhood. Thankfully, the texture of the tape was pretty varied—there was audio in the car, straight interview tape about the past, and finally a more dynamic sense of immediacy in the conclusion of the piece.

What were the major challenges to getting this story on tape? Obviously traveling down to Maryland, recording Robin in his car and at his house, presumably? Also traveling up to western Massachusetts to interview the other source?

When Robin visited Mark in Massachusetts, we had spoken on the phone but never met. I knew I had to be there for the meeting, so I met him at a bus station along the way. We traveled the rest of the way to Mark’s house, where I interviewed them both. Then I went back to Maryland with Robin, which allowed me to hear more of the story and see Cumberland through his eyes.

What is in your tool kit, in terms of recording equipment and editing software?

I use a Sony PCM-M10, which is an inexpensive .wav recorder that’s compact and has incredible battery life. I record with a secondhand Audio Technica 8035 and edit with Hindenburg Journalist.

What advice do you have for freelancers trying to produce a story like this one?

Trust your obsessions. Sometimes you start with nothing more than a vague topic and theme, and you scrape them together hoping to see sparks. Ask friends who you should talk to. Make phone calls even when you’re unsure they’ll go anywhere. Eventually, one will.

When you do find the story, take your time—and I don’t mean an afternoon or an hour. Try spending days or weeks with your subject. It’s impossible to plan breakthrough moments, but they happen in those long stretches of unstructured time.