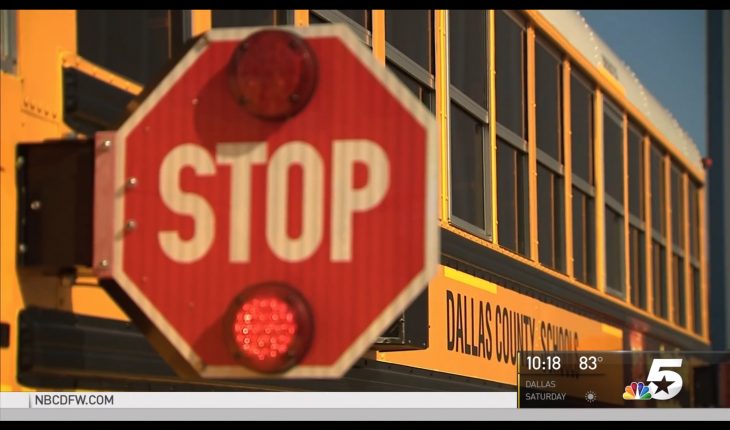 School bus drivers in Texas running red lights? Kansas police departments failing to run background checks on their own officers? Those important – and worrying – stories, run by KXAS-TV in Fort Worth and KWCH-TV in Wichita, recently won 2017 National Edward R. Murrow awards for excellence in radio, TV and digital news in the category of investigative reporting for large and small market television, respectively.

As part of Northeastern’s Reinventing Local TV News Project, Storybench spoke with the investigative reporters behind those projects to explore the impact the stories had.

Would you be outraged if the school buses carrying your children were repeatedly running red lights? That was a systemic problem that KXAS-TV investigative reporter Scott Friedman uncovered in Dallas county last year.

“Records and videos we’ve obtained show them driving dangerously hundreds of times and, believe it or not, those drivers were never punished until we started asking questions,” said Friedman, introducing a segment of his investigative series “Big Buses, Bigger Problems” last year.

Being relentless with questions – and filing more than 100 records requests over 9 or 10 months – Friedman told Storybench, is what broke the story open.

“All I can say is keep asking questions until your questions are answered,” he wrote in an email. “Don’t stop. This started as a single story about hundreds of bus drivers running red lights and their bosses using taxpayer money to pay the tickets. If that could happen then we wondered what other safety lapses might exist. From there the series grew into a broader investigation of the agency’s safety procedures and their finances.”

The impact of Friedman’s investigation was profound. After the initial segment aired, 13 school bus drivers were fired and 229 suspended, while the agency’s director along with three senior managers stepped down, the station wrote in a statement. On top of firings, policy was changed, too.

“Since our initial reports on the red light runners,” Friedman told Storybench, “the board ultimately forced the superintendent to step down after a powerful state senator called on him to resign. The board president also stepped aside from the presidency although he remains on the board. The agency announced a new policy that will result in immediate firing of any driver who runs past a stop arm on another school buses. They also launched a top to bottom review of their safety procedures and put many drivers under closer watch conducting weekly check rides.”

Last year, investigative reporter Lauren Seabrook looked into Kansas police officers with troubled backgrounds – some of whom had been fired or forced to resign from previous posts – that were being hired by other police departments.

“How confident can the public be in an officer who bounces from one badge to another?” Seabrook asked at the top of a segment of “Badge to Badge,” her series. After plumbing public records and conducting interviews with state agencies and other sources, Seabrook uncovered a systemic problem in Kansas’s more remote police departments. One of her many troubling findings: “Nearly every officer in the Halstead police department has a history of being fired or resigning under questionable circumstances before being hired there.”

The impact of the reporting, though, was mixed, says Seabrook, now with Orlando’s WFTV. “I did find out the former police chief we interviewed and the city manager were both arrested a few months later. The former police chief pleaded no contest to stealing ammunition. I believe a charge of misusing public funds was dismissed.” She’s not optimistic that the charges will stick.

The public’s response to the story “was extremely mixed,” she told Storybench. “We heard from many viewers who felt like officers across the nation are under fire and that this story only added to the rhetoric and put their lives in danger. While many others, including several current officers I spoke with, felt the story helped to ‘weed out’ the bad cops who were giving the good cops a bad name.”