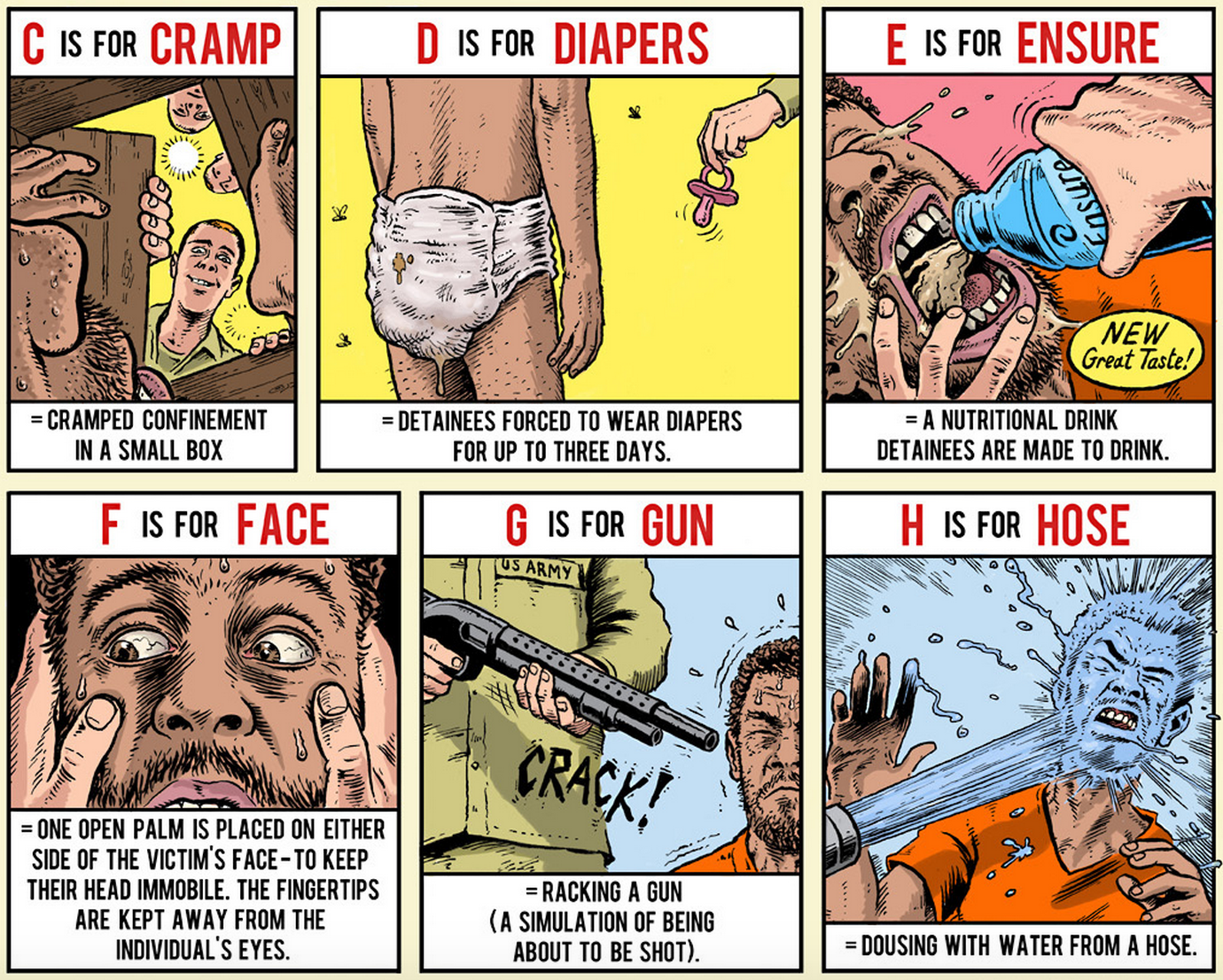 The following are some interesting ways of getting readers to care about the C.I.A.’s torture report.

The Daily Dot turned the “horrific read” that was the C.I.A.’s torture report to into a bunch of memes. 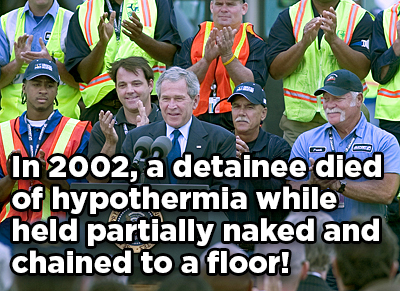 The New Republic made a detailed infographic of how the new torture report “diverges sharply from the C.I.A.’s previous statements on the treatment of detainees.” 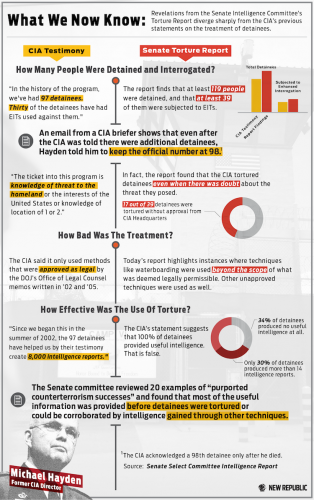 Over at Mic.com, Jared Keller ran the numbers from the report. Turns out “enhanced interrogation” appears 6.4 times more often than the word “torture.”

And Vice did an illustrated guide of the A-to-Z’s of torture. 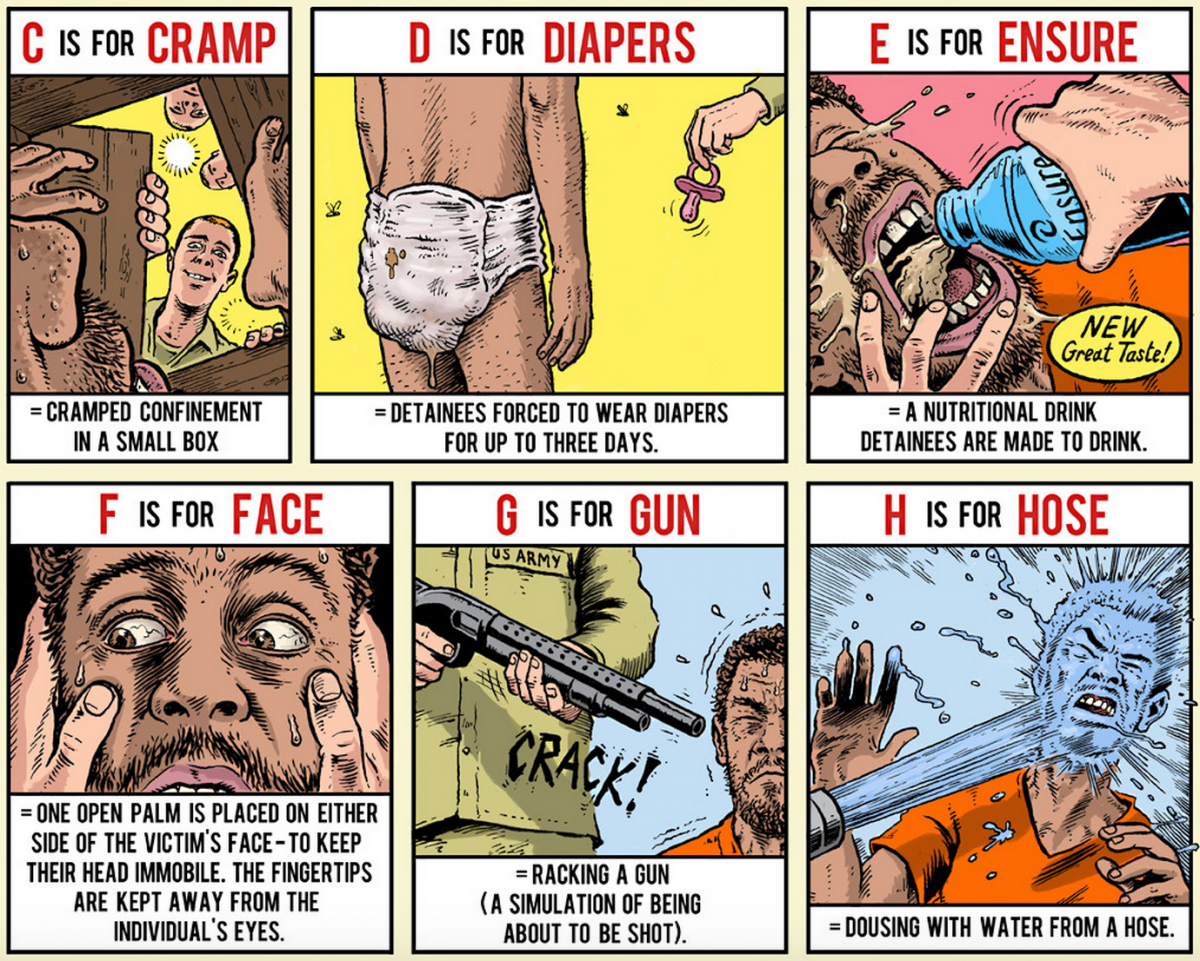