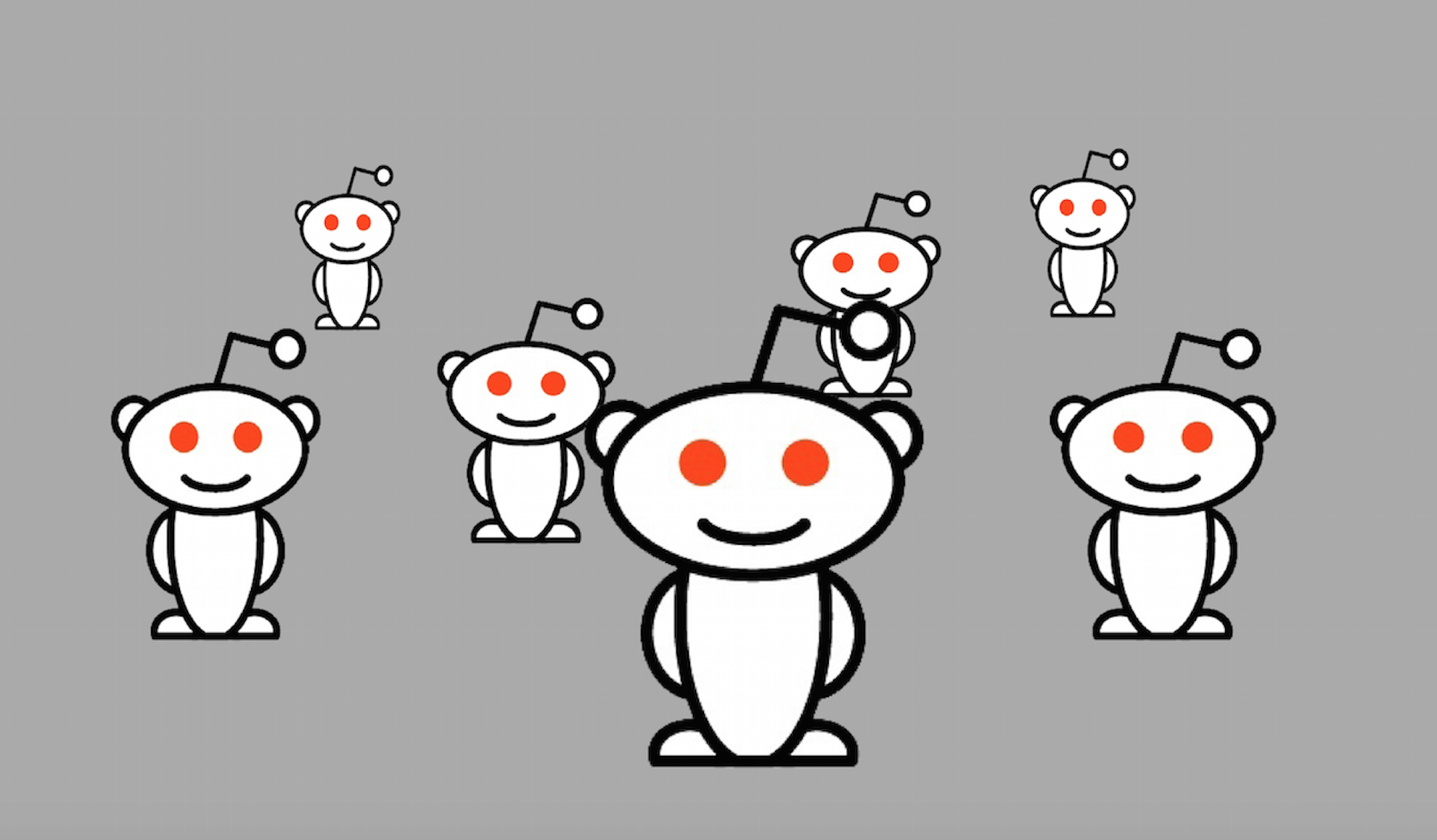 With its massive traffic and engagement potential, Reddit should be a haven for journalists. Yet Reddit has not exactly welcomed reporters, leaving many confused as to why their reception has been blasted and contributions slighted. So what exactly is the role of journalists on Reddit? PRI The World’s Tory Starr outlines the common pitfalls of the social media platform and prescribes ways for journalists to work within the rules of the Reddit community.

When journalists ask me if they should be on Reddit, I usually tell them no.

It’s not because I think Reddit is a lousy place to engage with readers. In fact, [inlinetweet prefix=”” tweeter=”” suffix=”says @torystarr3″]I think that Reddit can be a fantastic resource for journalists[/inlinetweet] and a place to do conduct journalism in its purest form.

However, the people that usually ask me these questions are the ones that have heard they “ought to be” on the platform. They have heard that Reddit is full of hyper-engaged, active and interested people just waiting to devour their work. Probably they’ve been told that Reddit can drive thousands — if not hundreds of thousands — of pageviews to their content. And that it’s a platform packed with story ideas.

I want to let these journalists off the hook. No, dear journalist, you don’t have to be on Reddit. Or at least not without careful consideration and a commitment to practicing journalism on this unique social network without regard to pageviews or clicks to your website.

[inlinetweet prefix=”” tweeter=”” suffix=””]From conversations with journalists, redditors and moderators, I’ve learned that you can’t force success on Reddit[/inlinetweet]. What you have to do is play nice.

Reddit, a social networking site that launched in 2005, calls itself “the front page of the Internet.” Unlike Facebook’s impenetrable algorithm, Reddit shows you content based almost entirely on democratic factors. If you like a story or think that it has value, you upvote. If you think it shouldn’t be seen by others, you downvote. Thus, The platform inherently rewards what’s valuable—to the crowd—and functions under the premise that defamatory, misleading or otherwise false information will be downvoted into oblivion. It’s journalism by the crowd. 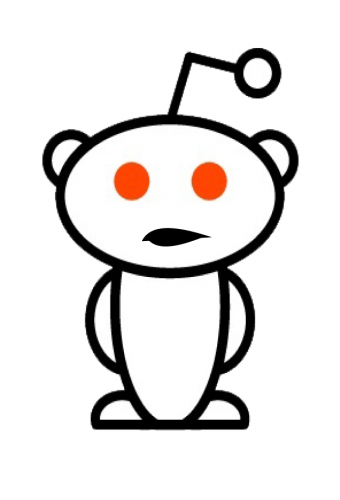 The idea of Reddit’s voting system trusts that “somehow, the stuff that gets to the top is going to be a genuine or authentic reflection,” says Chris Peterson, who co-teaches a class at MIT called Credit for Reddit. “It’s a cult of the amateur, cult of the authentic, cult of the genuine wisdom of crowds ideology.”

Of course, Reddit doesn’t always match that ideal. During the Boston Marathon bombings, Reddit turned into a home for speculation, false information and misplaced accusations that harmed the lives and reputations of more than one innocent person.

Reddit executives have noted the large pool of users doing amateur journalism on the site and in the wake of the Boston Marathon rolled out tools to make quality journalism easier to do on the platform. In the past two years, Reddit introduced guidelines for journalists called “Pressiquette“ as well as “Reddit Live,“ new functionality that allowed users in subreddits to post real-time updates about breaking news. The latter was used effectively in the fall of 2013 when 5,554 subscribers to the /r/syriancivilwar posted live coverage of an Israeli airstrike in Syria. The live Reddit thread posted, verified and contextualized user-generated information internally — an example of amateur journalism getting it right (and even beating the mainstream press to the scoop).

Since the site launched, Redditors have made clear their loathing of self-promotion. The sentiment is so universal among Reddit communities that it has a separate wiki for self-promotion, outlining the general rules of engagement for Reddit. (The quote at the top of the wiki reads, “’It’s perfectly fine to be a redditor with a website, it’s not okay to be a website with a reddit account.’ –Confucius.”) 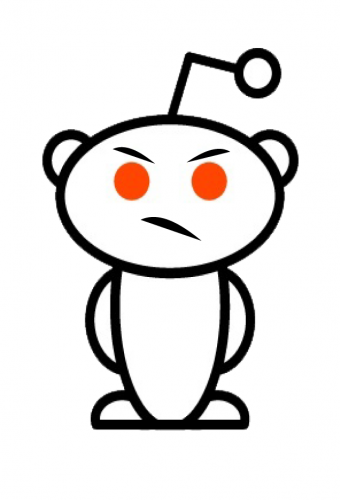 The first high-profile backlash to journalists on Reddit came in June of 2012, when subreddit moderators banned domains from Businessweek, The Atlantic and Science Daily for frequently posting their own content. A controversy in November 2013 ensued when moderators of the /r/politics subreddit banned posts from Salon, Mother Jones, The Huffington Post and Gawker.

A few years ago, reporters from Boston innovation and tech news site BostInno began posting their stories to the Boston subreddit, a community of 42,000. It saw some successful posts driving traffic to BostInno, the ultimate measure of success for a start-up tech blog. In fact, Reddit drove so much traffic to BostInno’s website that on two or three occasions, it crashed their servers.

Yet BostInno’s submissions weren’t very well received by Boston redditors. Members chafed when they learned that the person submitting BostInno links worked for site, and the account’s submissions began to rack up downvotes.

Kyle Gibson, a student at Emerson College and former Redditor, decided to contact BostInno after noticing a post had violated Reddit’s rules of self-promotion.

“[The post was] spammy, and not really made in the right way,” Gibson says. He quickly messaged the account to let them know that maybe their Reddit strategy wasn’t in line with the platform’s culture. This spring, BostInno brought Gibson on as an intern and he went to work rehabbing BostInno’s reputation on Reddit. He encouraged the team’s writers to post and engage with their own content on Reddit, and taught them how the expectations and rules on Reddit are different from those of other social media sites. He encouraged BostInno to publicly agree with Redditors that they had approached the platform in the wrong way, and apologize. In May, Gibson launched BostInno’s own subreddit, /r/bostinno/.

In its current form, the BostInno subreddit is completely automated, pulling in link posts to new content from The Boston Globe, My Fox Boston, and WCVB. “It’s a way for people to subscribe for updates about Boston,” says Gibson. He believes that the BostInno subreddit and an apology campaign have alleviated the mess with r/boston. “You don’t want a bad reputation on Boston social media.”

These journalists treat Reddit as a newswire, and see the millions of stories, thoughts, photos and videos uploaded every day as source for content. “Content grabbers” pull up Reddit first thing in the morning to see what their community is talking about.

I myself see the advantage of using Reddit this way and have shown colleagues the /r/worldnews subreddit and encourage them to check in on the top headlines of the day before our morning editorial meetings.

But news organizations are increasingly publishing stories that say “we found this thing on Reddit,” says Matt Lee, a moderator of the /r/boston subreddit. They’re essentially making an article out of someone else’s content. “It seems quite cheap.” Redditors rightly chafe against what they perceive as drive-by professionals coming in and using it as a free-for-all source.

Instead, [inlinetweet prefix=”One rule for Reddit: ” tweeter=”” suffix=”via @story_bench”]“introduce yourself as a journalist,”[/inlinetweet] says Lee, suggesting that when a journalist sees something he or she wants to report on, she should comment on the thread and directly address the person who posted it. You should ask if it’s OK to report on the story or use the photo or video uploaded and promise to link back to it, says Lee. And, he adds: “Give that person the opportunity to say no.”

This type of journalist will log on to Reddit after publishing a story and submit it to one of the larger relevant subreddits with the hope that the community will find it valuable.

The danger here, of course, is that Redditors will assume you are posting to get traffic to your website. But Redditors don’t care about your content unless you earn their respect as a member of the community. “People use Reddit either as part of the community or as promotion,” explains Lee. “I’m not against the use of it as promotion, but it’s terrible when I see links posted and then no engagement on the post.” 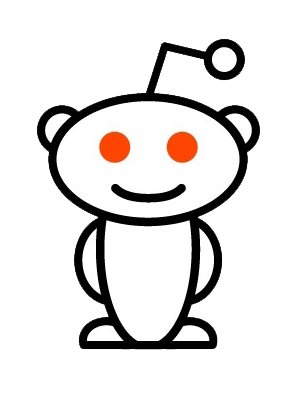 Daniel Adams, a business correspondent for The Boston Globe, understands the backlash against Subreddit Sneaks. “If they get a sense that you’re carpet-bombing content from down high, they’re hyper vigilant about that,” he says.

The only rehab for a Subreddit Sneak, Adams says, is roll up your sleeves, put in the time, and become part of the community. It’s why, perhaps, journalists haven’t flocked to Reddit the way they have Twitter. “Twitter is easier,” he says. “It’s easy adoption. On Reddit, they expect you to follow up, engage, show some personality.”

When asked for an example of the Reddit journalist in action, Lee immediately pointed to someone he knows as /bostonjourno. In one instance, the Redditor followed up with someone complaining that his credit card information was leaked after purchasing alcohol at a local liquor store. “He was quite useful in helping people putting together the pieces,” says Lee. Once /bostonjourno started asking questions, other people came forward.

/bostonjourno is none other than the Boston Globe‘s Dan Adams, and he’s adamant about his amateur-approach to Reddit. He uses it for background information and for asking questions. “You’ll ask a question and think, ‘there’s no way that someone in this random internet forum will know about this.’ But, lo and behold, someone will email you right away.”

Just last week, The Boston Globe was running a story about the potential of a soccer stadium in South Boston. Adams found the MLS soccer subreddit and identified himself as a Globe reporter. “Within half an hour, I had ten e-mails of people who couldn’t wait to talk about it,” he says.

In the case of the soccer stadium, the members of the MLS community “felt like this was an issue that was undercovered by the mainstream press, and were excited that the mainstream media was taking an interest in it. They were also excited that a reporter thought to reach out to this community.”

From Adams and from other Reddit Journalists, we can learn that an authentic and earnest approach to the platform can be a rewarding and enriching journalistic experience. “[inlinetweet prefix=”” tweeter=”” suffix=”says @danieladams86″]Don’t be afraid to be yourself, to flash a bit of personality[/inlinetweet],” says Adams. “If someone takes a swipe at you, you can push back a little bit. You have to show you’re a person. And that provides value back to the Globe. It humanizes us, shows personality. It shows that we’re humans who care about our community.”

Lee, the /r/boston moderator, wants to encourage other journalists to do what Adams has done with his Reddit account. “[inlinetweet prefix=”” tweeter=”” suffix=”via @story_bench”]It would be great if there was more active journalism taking place on Reddit[/inlinetweet],” he says. And it looks like more people are taking the cue from Adams’ success: Lee received a message this week in the /r/boston queue from a Redditor who had just started working at the Globe.

“He said, ‘I just want to give you a heads up, I work for the Globe. I want to provide the community with some disclosure.’”