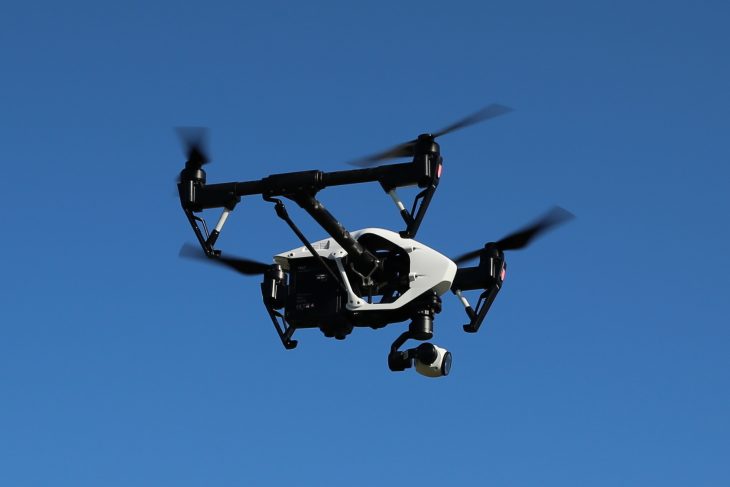 Whether you’re CNN, CBS 2 in Chicago, or KOLN in Lincoln, Nebraska, what has become deeply important in television news today is that the storytelling be compelling. One way those organizations have found to drive viewership, grow online audiences, and encourage social engagement and sharing is to use drones.

But just because the tool is available doesn’t mean one should use it. In our last post on drones in journalism, Storybench described the things newsrooms should consider before acquiring a drone. It all started with a question asked by Matt Waite, a professor at the University of Nebraska and founder of the Drone Journalism Lab: “What purpose is the drone serving in the story?” Below, some other drone technicalities – from cinematography to new FAA waivers to covering breaking news – that local TV newsrooms should also consider.

Taking advantage of its maneuverability

With a drone, “you are just not relying on the camera taking stagnant, still shots,” says Bill Dodd, a licensed pilot and chief videographer at Nebraska’s KOLN. For him, beautiful shots and movement are add-ons that drones can bring to news stories. “You just try to make it a little more visually pleasing to the viewers.”

An experienced pilot can make the drone perform a wide range of maneuvers while shooting footage. This versatility, as opposed to a static camera on a tripod, is value that drones can add to local TV news footage, says Dodd.

“The drone can act like a dolly, it can act like a slider, it can act like a jib. You got all ranges of cinematic motion you can add to the story. And it looks so much more visually appealing to the viewers than just anything you can get with a camera on sticks doing your regular pan, tilt, zoom,” he says.

One major challenge with drones is deploying them quickly and effectively to cover stories on deadline. “It is really difficult in some markets because of controlled airspace to be able to do breaking news, to be able to do really dramatic stuff,” says Waite. Restrictions imposed by the Federal Aviation Administration, which apply in many urban areas, require stations to request authorization or waivers to fly their drones.

“Our biggest setback is working with the FAA,” says Dodd. “Trying to get our waivers in established before we go out and shoot. We have had a few instances where it worked out fine, and times we did not get our approval from the FAA and we just had to scratch the use of the drone altogether.”

But good news broke last week on this front. This year, the FAA will begin granting “instant authorization” for drone flights in controlled airspace. These waivers should make breaking news in larger metropolitan areas a bit easier.

Stations in smaller cities or rural areas, where FAA restrictions are less stringent, have been able to experiment more with the technology. CBS 2 Chicago, for example, flew its “Drone 2” over the small town of Naplate, Illinois, after it was hit by a tornado. WGN-TV, also in Chicago, used a drone for a quick story on Lake Michigan‘s floating park. In Nebraska, KOLN has used drones to fly over the aftermath of a fire in an auto shop in Grand Island, which, according to Dodd, added “a real perspective to the damage done.” KOLN has also deployed drones for segments on farming. Dodd, who is married to a farmer and used to fly drones to inspect her fields, has shot extensive footage for the station’s agriculture program “Pure Nebraska.”

“When we do those agricultural stories that frees us up,” Dodd says. “Most of the farm land here [in Nebraska] is in Class G airspace. You can go out and fly. You do not have to give traffic control any notice, you don’t need a waiver.”

In the past, in areas with tighter restrictions, it has taken local TV news crews at least 30 minutes to get a drone up and recording – between assessing the scene, coordinating with air traffic control and local authorities, and other preflight procedures. In that time, a breaking story might be already over. With the FAA’s forthcoming “instant” waivers, the hope is breaking news will see a lot more drone shots.

The risk of saturation

Matt Waite, for his part, is concerned with the “inevitable fate” of drones being overused.

“I worry about it,” he says. “It is just going to happen and there is nothing we can do about it. I foresee local newsrooms using a drone on everything. Every single one of those stories is going to have a drone shot, and it is going to become cliché after a bit, part of the furniture, and people are not even going to notice it anymore.”

“Every single one of those stories is going to have a drone shot, and it is going to become cliché after a bit.”

With the Drone Journalism Lab he founded in 2011 at the University of Nebraska, Waite studies the technology and trains journalists on their use. Over 150 professionals have gone through his boot camp, which include flying practice and preparation for the FAA Part 107 exam — which pilots must pass to get a license.

Despite his forecast of on overindulgence and over-reliance on drones, it’s the experimentation with the technology by TV news stations, especially smaller ones, that continues to intrigue Waite. “This is just emerging and we haven’t seen a lot,” Waite says. “And so, a lot of what we are seeing is cautious experiments trying to incorporate them into the news coverage. There’s just going to be more: more pilots, more drones out there. And I am anxious to see what they come up with, what good stories they are going to do with drones.”