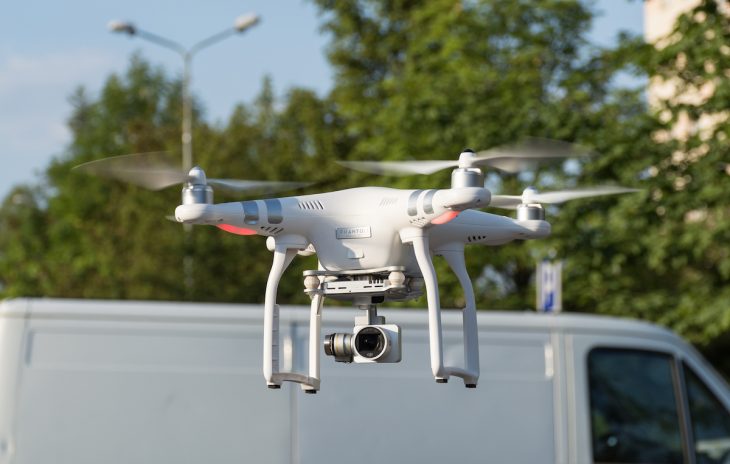 Is there anything in journalism that screams innovation more than drones? Since the Federal Aviation Administration (FAA) instituted new rules in 2016, unmanned aircraft equipped with cameras have become popular in newsrooms like Chicago’s CBS2, Norfolk’s The Virginian Pilot, and The New York Times. But should every news videographer be running out to get one?

“The question is ‘what purpose is the drone serving in the story?’” says Matt Waite, a professor at the University of Nebraska who in 2011 founded the Drone Journalism Lab to study the technology and train journalists on the use of drones. Waite believes that incorporating drones into your newsroom is not that simple of a choice. Instead, like any shoot, the planning should be meticulous.

“General liability policies don’t cover aircrafts, so you have to get special insurance for this.”

“I think it starts a long time before you even put your hands on the device,” he says. “It is not a casual thing that you can just go out and do. It requires forethought and planning, and for the pilot-in-command to do a lot of stuff even before leaving the building.”

As regulations stand right now, news organizations and journalism schools experimenting with drones fall under the rules for “commercial flights.” That means drone operators must be certified by passing the FAA’s 60-question, multiple-choice test. The good news? No flying capability demonstration is necessary.

According to Waite, any local TV station can have a drone unit up and running within two to six months. And most of that time will go into the planning. “A pilot can pass that test with about 40 hours of study,” he explains. “It’s not hard, it’s just work. The bigger hanger right now in most newsrooms is internal. They are trying to figure out what type of legal parameters they should operate under.”

Budgeting is also a concern, says Waite, especially for smaller newsrooms. A commercial drone kit will run between five and ten thousand dollars. “It is inexpensive compared to a manned helicopter,” Waite says, referring to the eyes-in-the-sky on which many local TV news stations rely. “Insurance issues are also slowing people down. General liability policies don’t cover aircrafts, so you have to get special insurance for this. And that is in the thousands of dollars a year.” 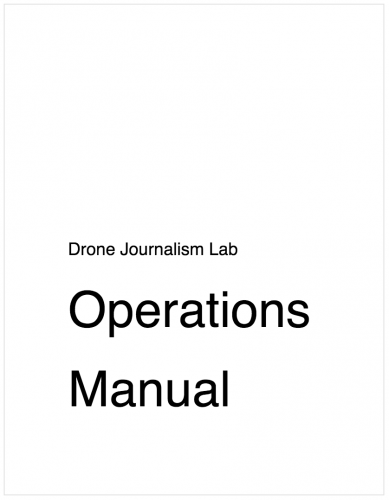 To address issues like that, Waite’s Drone Journalism Lab recently released an Operations Manual – with support from the Knight Foundation and available to anyone under a Creative Commons license – to help professionalize drone operations across newsrooms. Waite is also involved in a series of workshops with the Poynter Institute to train journalists and videographers to fly drones and get accredited by the FAA.

Over the last few years, news organizations like the BBC, CNN, and Australia’s ABC have all been setting the standards for drone journalism. Waite is unsure how local TV stations and smaller newsrooms will manage with drones. He’s certain, though, that stations must decide why they’re going to use the technology before they put in the purchase order.

“They have to start with the question of ‘what is the drone giving us in this story?’” says Waite. “If the answer is ‘it is offering a perspective on this event that you can’t get from the ground that will greatly increase people’s understanding,’ I say rock on. That is exactly what it is for.”

And that’s exactly what Chicago CBS2 news director Jeff Kiernan recently told the Radio Television Digital News Association he expects from of a drone story. “In our twice-daily news conference, anyone can pitch a story, explaining how a drone could enhance it,” Kiernan told RTDNA.