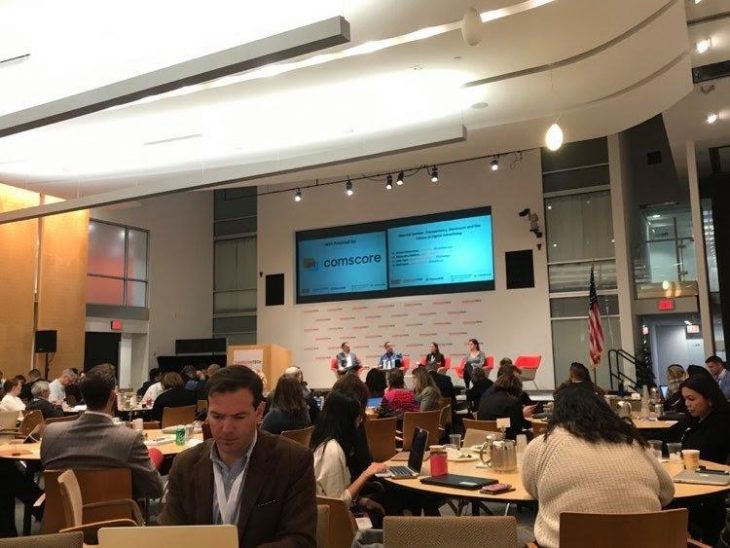 The CampaignTech Innovation Summit gathers the top revolutionaries of digital politics, advocacy and technology for a two-day conference consisting of panels, presentations and networking sessions. For those wanting a behind scenes look at the newest digital strategies, tactics, and tools – as well as a chance to meet the minds behind them – this is the conference for you.

Hosted by Campaigns & Elections in Washington, D.C., this year’s event took place Nov. 20-21, just walking distance from Dupont Circle. Gathered in the FHI 360 Conference Center, hundreds of participants ranging across the political spectrum shared stories and ideas. The conference schedule is constructed so attendees are given options. My schedule went like this:

Nick Brown, Co-Founder of Effct.org, provided the audience with a beginner’s guide to voice search tips during his talk “Voice Search for Campaigns.”  After calling the privacy concerns around smart speakers “overblown,” he told us about the growing use of voice search, despite any negative headlines we might see. His number one tip? Optimize Wikipedia. Most voice searches rely on the digital encyclopedia as its first query location, so make sure your Wikipedia pages match your keywords.

During the “Ideas & IPAs” session, panel speaker Brent Waddington discussed the “media bubble mapping” done by Resonate. Resonate’s AI is capable of tracking where an individual’s information is coming from to increase targeting effectiveness in political and consumer marketing. Their blog is filled with useful resources for those wanting to better understand 2020 voters.

At the “Innovation on the Right” discussion on Day 2, all focus was on Google’s announcement to drastically limit micro targeting for political ads. Setting the tone for digital fundraising, one panel discussion leader opened by saying, “Twitter was nothing, Google was important, but Facebook is what matters.” Regardless of how effective fundraising efforts are, political marketing relies on last-minute campaigns – digital marketing campaigns that microtarget specific people to mobilize them to the polls and vote. With the necessary tools stripped from Google, both parties are relying on Facebook for their final microtargeting push. Questions were raised, however, about whether or not Amazon would enter the digital advertising arena and stir things up – this has yet to be seen.

The variation between the days and the autonomy of the attendee to have options at every time slot prevent any feeling of “staleness.” It also doesn’t hurt to cap each day off with a sponsored happy hour. Networking breaks can be spent refilling coffee and snacks, visiting vendor booths, or, dare I say, actually networking.

Networking at a political conference may sound like skating on thin ice, but not at the CampaignTech Summit. Political affiliation is secondary to “why are you here?” By nature, the political tech industry is siloed – developers create tools for one political party or another. Seldom do the two sides have an opportunity to come together. Since developers from opposing political parties aren’t marketplace competitors, unique relationships emerged between Democratic developers and their Republican counterparts. When onstage for Fireside Chats, it’s easy to tell these developers pledge their allegiance not to Democrats or Republicans, but to the technology they’re presenting.

With Google changing their digital ad policy between Days 1 and 2, the final event on the final day: Political Advertising in an Age of Uncertainty was changed. The panel speakers were no longer guided by the talk’s title, but rather engaged in a free flowing dialogue about the “ground rules” all sides must agree to heading into the 2020 election. In the run-up to the conference, they found four things they could all agree on:

Heads nodded, common ground was found. Then, questions were asked to audience like, “How many of you believe advertising platforms should be forced to remove fake content?” Half the room raised their hands, the other half audibly groaned. For the first time, the room looked, felt and sounded divided. Words like truth, facts, and fake news were thrown around like food in a middle school cafeteria. We were having a real, raw discussion about how to move forward; how to agree on ground rules that would prevent fake narratives, foreign interference and uphold faith in our elections.

There was a sense of security seeing a room of industry leaders attempt to self-regulate during times of breakneck uncertainty. It wasn’t until I stepped outside the doors of the conference center and onto the D.C. streets that the sense of security was lost – political technology is pushed as far as the rules allow. Technology hasn’t slowed down since 2016, but our regulations have.

With chaos capturing the Iowa caucus after the Shadow app failed to proficiently transmit results for tabulation, we saw firsthand the disruptive power technology can play in our election. Technology can pave the road of efficiency and security, allowing for greater electoral participation and lead to higher faith in our elections. In 2020, the road doesn’t look so smooth – if Iowa showed us anything, it’s going to be a bumpy, bumpy road.

If you want access to the movers and shakers of the campaign tech world, check out CampaignTech East in Washington D.C. on April 14-15, 2020. 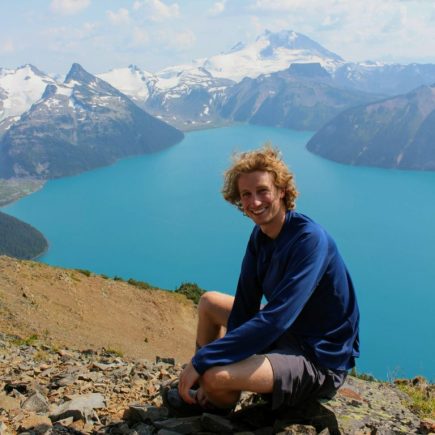 Tyler Stitt
Tyler is a graduate student in the M.S. in Media Advocacy program at Northeastern University.