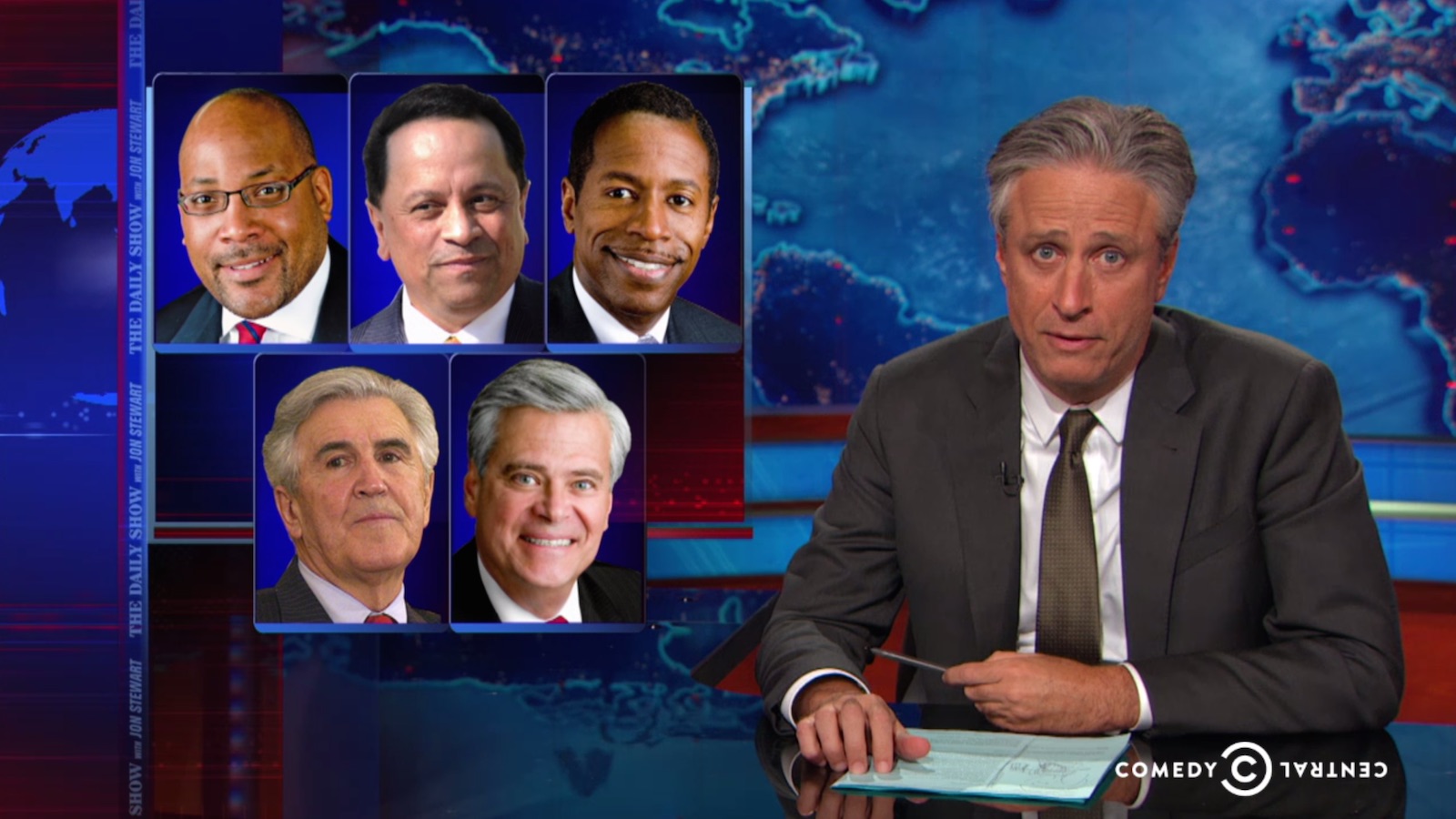 When New York State Senate majority leader Dean Skelos and his son were indicted on federal corruption charges of extortion comedian Jon Stewart was quick to poke fun at the pernicious corruption in New York in a recent episode of The Daily Show.

“Up in Albany, this whole case must come as a real shock,” he intoned before cutting to a television clip.

Like many of the show’s segments, the secret sauce lies in the choreography of pairing Stewart’s jokes with precisely edited television news clips like this one: “Dean Skelos is the fifth consecutive Senate majority leader to be indicted on corruption charges,” says a newscaster over images of Skelos. The Daily Show cuts back to Jon Stewart glaring wide-eyed and incredulous at the camera.

“Holy f***!” cries Stewart. “Five in a row. They’re the patriots of corruption.”

So how does The Daily Show so deftly tap the right news clips? How can they sift through hundreds of hours of television to find and edit choice clips for their four episodes a week?

SnapStream is a television recording and clipping system that The Daily Show has been using since 2009. In essence, it’s a TiVo that logs the channels you choose. Because Closed Captioning is federally mandated, every show, and most every commercial, includes a transcript. That’s how SnapStream makes its clips searchable. Daily Show producers set the channels they want to record, search through the video with keywords, and export the clips they want. (SnapStream call itself the “secret weapon” at The Daily Show.)

“Someone described it as DVR meets Google,” explains Gussow. He says it’s made his job a lot smoother. “We can find something in 20 minutes where it used to be an hour. Say we want to find out if someone said ‘Obama’s lost it,’ for example, we’re able to put together those montages quicker because of SnapStream.”

Gussow walked us through how The Daily Show covered the State of the Union speech:

“A State of the Union is easier than an election night. Both are events we know are going to happen and we can plan around them,” says Gussow. “For the State of the Union, we team up and have people watching various networks and looking at analysis. We share ideas and talk about what the theme was from CNN or what the theme from Fox was and so on.”

“Afterwards we see what the standout moments from the speech were,” he explains. “Did it sound like a previous speech? We start looking at analysis and comparing it to what was said in the past. What was the media reaction? Is Obama saying the same thing as last year? SnapStream makes it easy to pull up what was said before.”

Gussow started at The Daily Show in 2009, just as the producers were beginning to test out SnapStream. He had interned in The Daily Show’s library as a college senior, archiving video clips. Before adopting SnapStream, things were a little more hectic. 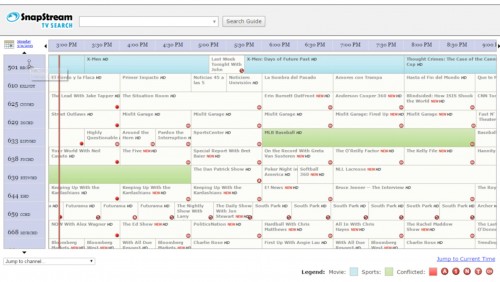 “The library was kind of crazy but kind of made sense,” Gussow told Storybench. “We’d have a rack with a bunch of TiVos recording CNN and Fox and NBC. We’d play something right off TiVo onto a Beta tape and log it into the library.” But things could get confusing with so many DVRs running, he says. “You’d be standing at the rack and somebody would hit somebody else’s TiVo and it could become somewhat of a mess.”

With SnapStream, that process happens a whole lot faster. “Now we record channels and it’s there when we need it and we can go back when we need it.” Gussow can literally speed up his research by fast-forwarding through SnapStream clips. And when The Daily Show asked the company to add markers inside clips to flag key moments, SnapStream obliged.

The efficiency that SnapStream promises will cost you. Depending on how much storage space and channels are needed, SnapStream can cost from $300 to more than $10,000 a month. When you buy SnapStream, the company installs the system in your server room and connects it to your cable box and local network. (Interestingly, to switch channels, SnapStream uses an infrared device that attaches to your cable box and simulates a remote control.) 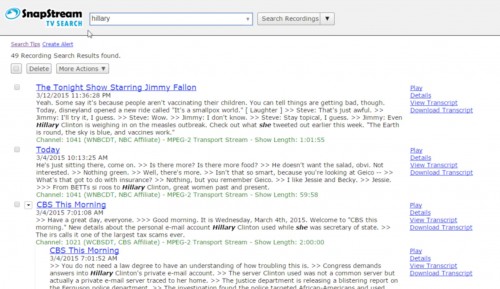 SnapStream is used by over 100 organizations including television shows like The Daily Show and Colbert Report, journalism schools at Emerson College and George Washington University, and even government clients (political campaigns must love the technology). A subscription to SnapStream gives you television recording and search (of a limited number of channels), clip storage (also limited), an alert system, cloud sharing, and social media integration, among other features.

But SnapStream can’t find the jokes. The producers still have to put the time in, and it’s considerable. “You end up watching a lot of footage,” says Gussow. That’s because, since the technology is based on Closed Captioning, you have to know what you’re looking for. “Unless you know something was said specifically, a lot of it is just watching it down.”

Seems to us it’s a good thing that computers don’t know what’s funny yet.