Imagine a teaching hospital where students in design, journalism and computer science work with magazine editors to reimagine what a feature story looks, feels, and sounds like in the digital age.

An experimental course that promised and delivered just that has just wrapped up at Northeastern University. StoryLab, as we called it, brought together graduate and undergraduate students with varied backgrounds to work on semester-long digital storytelling projects that dissected and digitally remastered feature stories from Esquire magazine. Read about how we beta tested it here. Scroll down for the syllabus or find it here.

How the course unfolded

We, David Tames and Aleszu Bajak, dedicated the first few weeks to establishing context and sowing the seeds of inspiration. Students explored the latest in virtual reality, interactive documentary, game design, and data visualization. We invited in a series of guest speakers and even threw a micro-conference, a mini TED-like gathering, to explore some of the disciplines that are feeding into digital storytelling. We then placed the students into small groups. Together, they pitched and voted on which Esquire stories they wanted to tackle for the final project.

After weeks of research and endless rounds of iterative design (and lots of pizza, chips and hummus), the teams presented their prototypes to a panel of guest critics pulled from various disciplines: graphic design, journalism, civic media, entrepreneurship, web development and user experience design. In order to steer the projects, this panel critique was scheduled midway through the semester as well as at the end of the course. Below you will see what emerged: the final projects.

Refuge in a cooler

Theme: An online narrative experience based on a National Magazine Award-winning article about two dozen strangers who sought refuge from the 2011 tornado in Joplin, Missouri in the same walk-in beer cooler at a local gas station.

The Joplin team chose to build an interactive online experience where users can explore Dittrich’s story by following one of several narrative paths. Photographer Matt Eich‘s compelling images are included, visible either fullscreen or in galleries. Most narrative paths follow individual characters and their experience as chronicled by Dittrich. Another path fast-forwards the reader to “The Chaos,” the moment when the tornado hits. As a final element the group designed a “Were you there?” section for other tornado survivors to share their stories.

Do we really want to live without the post office?

Story:  “Do we really want to live without the post office?” by Jesse Lichtenstein.

Theme: The United States Postal Service binds us together as a country. It’s also hemorrhaging cash. Is it worth saving?

The post office team, honing in on the human element of Lichtenstein’s story, decided to interview and follow a local mail carrier with a camera. He even let the team attach a GoPro to his mail cart as it bounced down the streets of South Boston. They edited the footage into a short interactive documentary (which they prototyped in Keynote) that elegantly brought in pieces of Lichtenstein’s Esquire story as well as economic and historical data on the postal service using animated notification and drop-down effects. 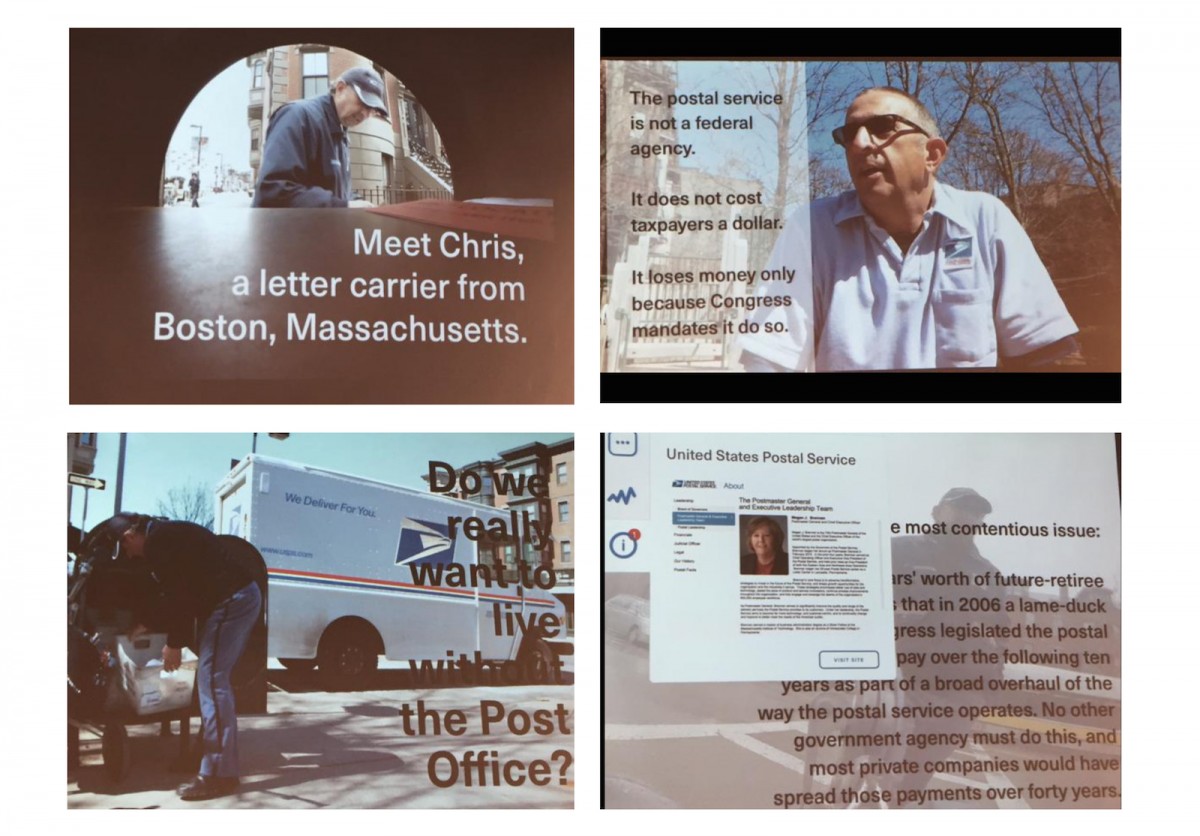 The team chose to work on a story that was still in the process of being written. Without finished copy to work with, the team designed a platform for readers of the forthcoming story that would foster a sense of online community and a common goal: finding missing persons. Their project sought to blend a missing persons database with a social network seen in sites like Airbnb. To get the word out and entice readers to sign up, the team specially designed coffee cup sleeves for distribution at local cafes with missing persons information and links to the website. The use of information on coffee cup sleeves is an interesting rethinking of past campaigns featuring the faces of missing children and their information on milk cartons. 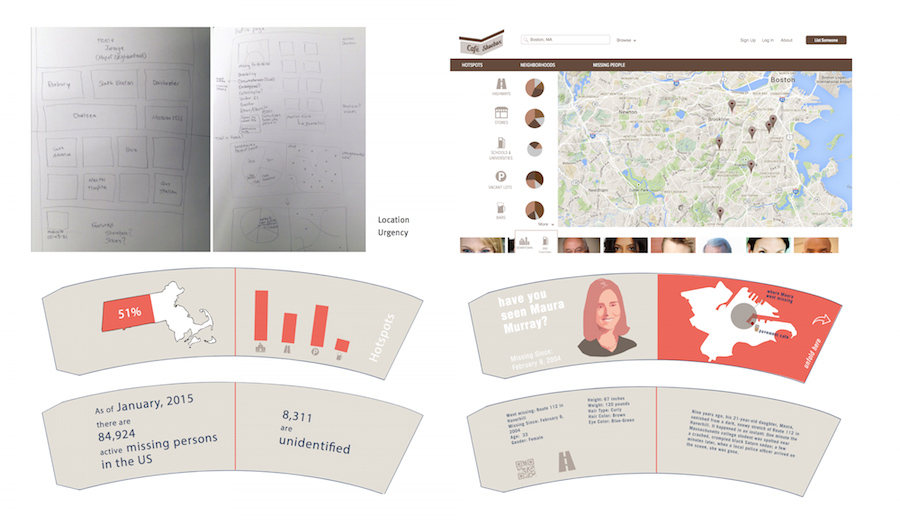 And here’s a look at the class syllabus:

Students will team up with the writers, editors, and designers at Esquire magazine to reinvent what storytelling looks like, sounds like, and reads like in the digital age. The media industry is changing very quickly, and our goal is to create a course that reflects this reality. For StoryLab, we plan to assemble a team of undergraduate and graduate developers, designers, media makers, and journalists. The curriculum will be organized around existing Esquire features, with an emphasis on creativity and experimentation in the use of interactive media, data visualization, and new forms of narrative presentation. Esquire staffers will be present as well as frequent guest lecturers and active collaborators.

About this course (a manifesto of sorts)

Storytelling is undergoing a profound reinvention with the advent of the Internet. Seemingly overnight, everyone with a computer–or smartphone–became a self-publisher of prose and poetry, photo and video, tweets and rants. The old guard of media publishing was caught off guard and is still struggling to keep pace and remain profitable in an age of free content. Access to information, distribution channels, and design have been democratized in a way that making content is as easy as hitting Publish. Wading into this fray, how do we reimagine what a well-reported, deeply-researched and finely-edited piece of journalism looks like, sounds like and reads like in the digital age? Does it connect with the reader on a deep level? How do we measure engagement? Does it have to look like what a story used to look like? Together with writers from Esquire magazine and leading innovators in interactive media, documentary, and design, we will try to answer these questions.

Each week, assigned readings will be listed in the syllabus each week and should be completed before the next class meeting.  This section may be merged back into the bibliography where you’ll find detailed citations and links to online documents. Documents not available on the public web will be made available in the course DropBox folder, the link to which was sent to each student via email.

Pick at least two additional readings from the following list depending on your area of interest. Detailed citations and links to online documents may be found in the bibliography.

The future of journalism