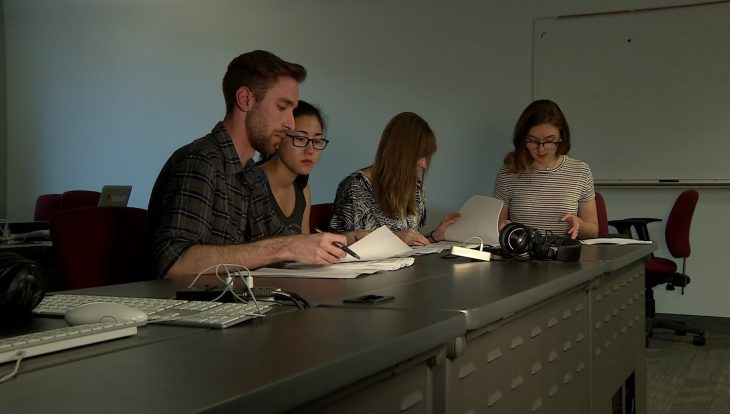 Do police departments across Massachusetts have guidelines for using deadly force on the mentally ill? How fast does Boston clean up dead rats in poor neighborhoods? And why is the city’s parking app overcharging thousands of customers?

Boston police are currently beta-testing body worn cameras, a technology that’s supposed to bring more transparency to policing. But, as Northeastern journalism students found out this year, accessing the camera footage has taken months of back-and-forth and an initial bill for $157,000 – all of which begs the question: What good is the video if the public can’t see it? The story included public records requests and interviews with Boston’s police commissioner, an ACLU lawyer, and an organizer with the Boston Police Camera Action Team. 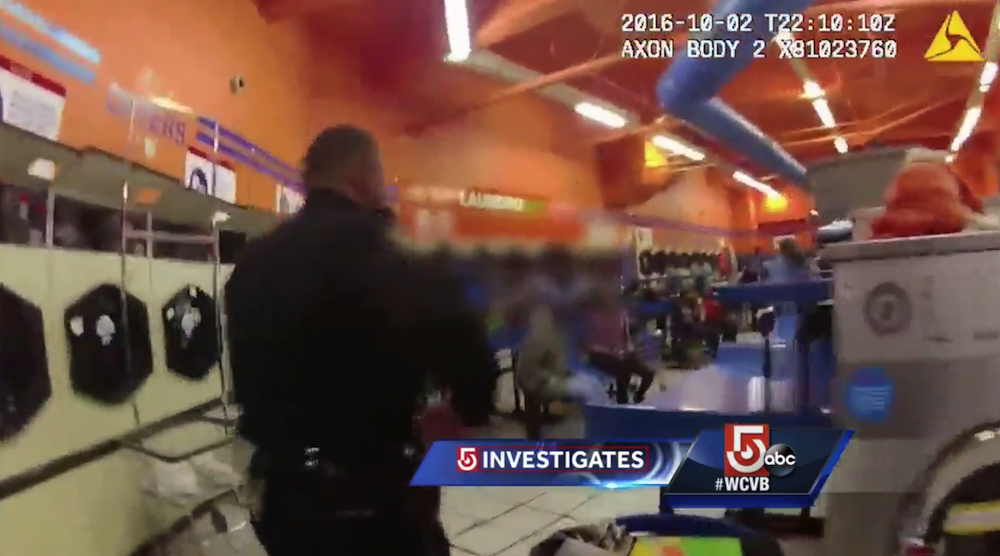 This analysis “examined use of force policies—the policies which dictate when officers can use force, including their weapons—from 45 police departments in Massachusetts. They all lacked guidelines for officers on how to handle a situation involving a person with mental health issues like Reynoso when faced with using deadly force. In fact, only four of the 45 policies contained any mention of mental health whatsoever.” The story included dozens of public records requests as well as interviews with Lynn’s police chief, the executive director of the Police Executive Research Forum, and the widow of a man killed by police who had been diagnosed with PTSD. 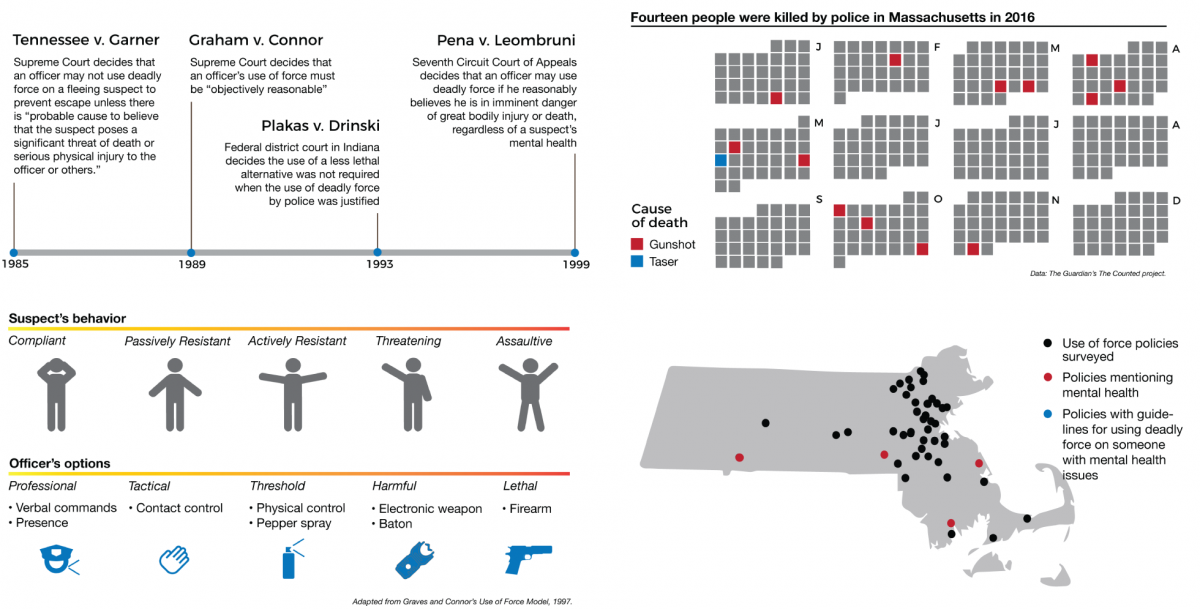 Students analyzed 6,000 rodent complaints for Boston and showed that, in addition to there being a 28 percent increase in complaints over the past two years, the city “took much longer on average to close rodent complaints in poorer neighborhoods than it did in wealthier ones.” The story included several visualizations of the complaints as well as interviews with the commissioner of the Boston Inspectional Services Department, a pest control company, and several people affected.

When the city’s ParkBoston app malfunctioned last year, it started overcharging thousands of customers. Some were never able to get their money back. According to emails obtained through a public records request, “approximately 6,000 ParkBoston users were affected by duplicate charges totaling around $31,000.” The story included interviews with the director of Boston’s Office of the Parking Clerk and several people affected. 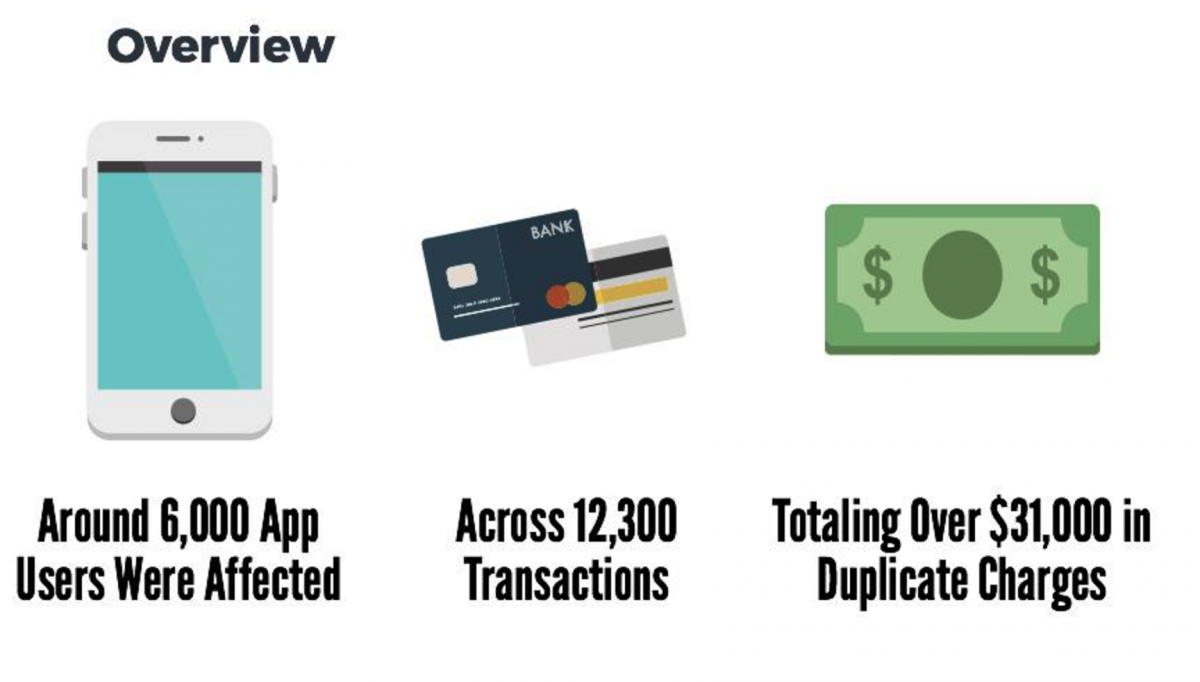 State agencies racking up hundreds of thousands of dollars in credit card spending for food, travel

Students uncovered hundreds of thousands of dollars in taxpayer money used by state agencies like the Massachusetts Cultural Council and Massachusetts Gaming Commission for food, florists, taxis, flights, hotels and more. The investigation involved records from the comptroller’s office plus interviews with agency representatives. 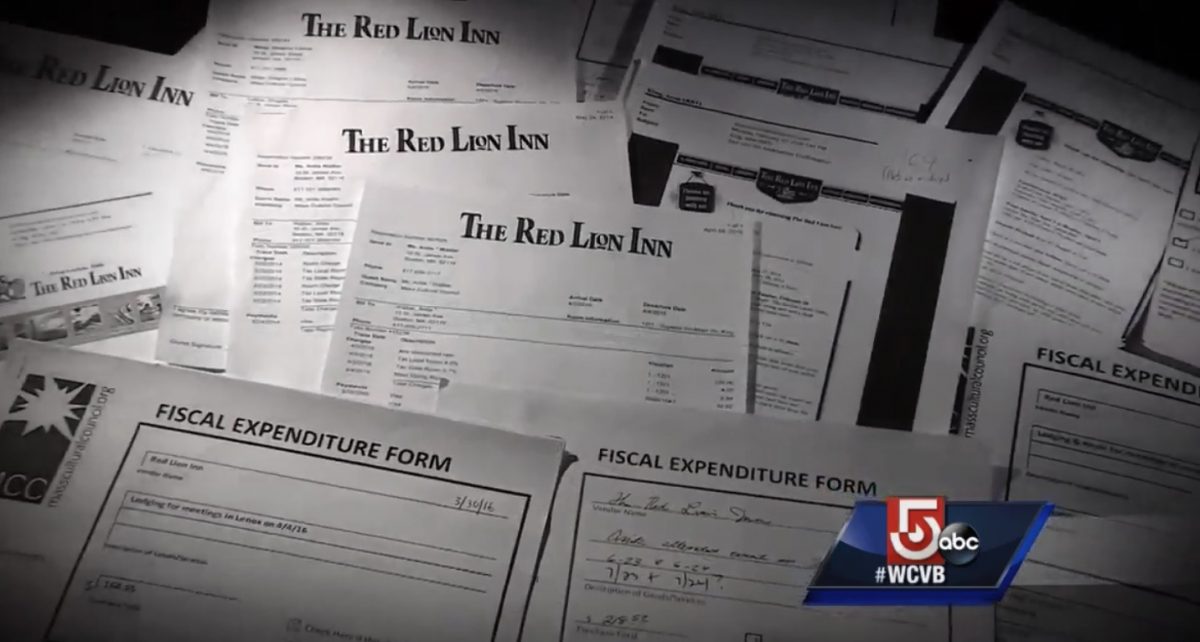