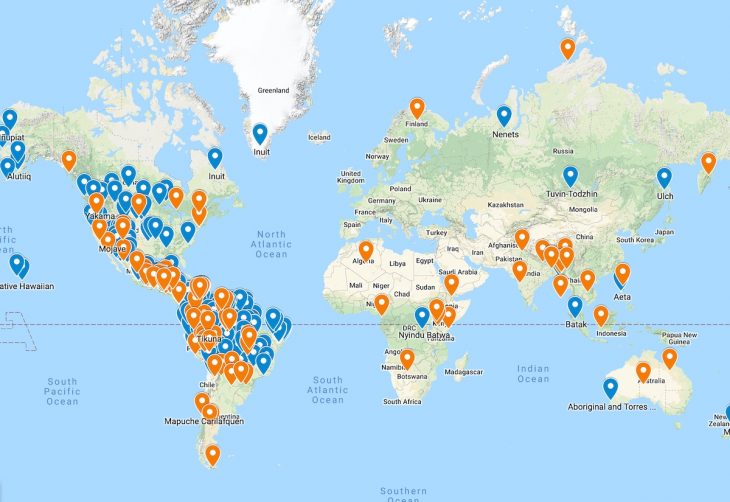 As the Covid-19 pandemic unfolds, Indigenous communities across the globe are finding themselves excluded from case data. In response, a Cambridge-based human rights group called Cultural Survival has created a map that documents outbreaks in Indigenous populations around the world.

The project is led by Bia’ni Madsa’ Juárez López, a 31-year-old biologist and project manager of the Keepers of the Earth Fund. Juárez López says she hopes the map will shine a light on how Covid is impacting Indigenous peoples, and lead to better access to resources as case numbers rise.

The project also details alleged human rights violations that are occurring on reservations and tribal lands with the pandemic, including mining companies that have refused to stop operations despite risk of infection, and a lack of adequate health care access in many cases. For instance, Juárez López points out that governments are sharing information about hand washing to stop the spread of the virus, but that’s a problem for communities that don’t have basic access to clean water in the first place.

“Maybe that water was taken by the government or another big company for other projects,” said Juárez López. “So that is just a problem that is exacerbated with the situation. You cannot ask a community to wash your hands if they don’t have water.”

Storybench discussed the mapping project with Juárez López to learn more about why it was developed and what journalists should understand about covering Indigenous affairs.

How did the idea for the map come about?

Since we are an international organization, we think it’s very important to see the global picture. We saw different mapping projects starting in other places with very specific areas. So we kind of saw a bunch of information there. And we wanted to organize that.

We also saw there were other types of problems related to Covid that were not necessarily cases. So we started also mapping. That is why we have two layers. One is related to human rights violations or problems in the communities related to the pandemic.

Is there any other map that documents Covid-19 in Indigenous communities at this level?

No, there is not. Our map is the biggest one in terms of area and also in terms of this other layer that is not just cases of Covid. But we are in contact and we follow all the other projects that are amazing. There is one in the U.S., one in Ecuador, also in Brazil. Very, very great mapping projects in Colombia Panama.

What are some of the historic ways that Indigenous populations have been impacted by disease that point to why we should pay attention to Covid-19 in these situations today?

We know from documentation and historic data that the indigenous peoples were really affected and maybe some peoples, tribes or nations were completely erased by viruses or bacteria or sickness that came with the new people in this continent. Or in other areas where they didn’t have contact with different diseases … And we have other experiences, more closer in time, in some communities, depending on the region or people, that they remember there was this thing that came and a lot of people died.

What are some of the human rights violations documented on the map that have stood out to you?

And governments are moving those communities now because they’re taking advantage of the pandemic?

Yes, or they didn’t even think to stop because those are problems that always happen. We are used to those situations, but they didn’t think twice to stop those. And those are the cases in the Amazon with mega projects. Of course we stop markets, we stop traveling, we stop different things – but [the governments] didn’t include mining projects. They include mining projects as a big necessity so that it shouldn’t stop.

Since we know that Covid-19 can be most deadly for elderly patients, how is that particularly devastating for Indigenous communities and their culture?

That is really terrible because for Indigenous peoples, elders are a very, very important part of our community and they are like the main stone. They have a lot of knowledge and they keep teaching or sharing that knowledge as a part of what they do. So when they die, it is just really bad because you have other generations that didn’t have the opportunity to exchange that knowledge with them.

How can having desegregated data help Indigenous communities handle the virus better?

It shows that as Indigenous peoples, we have this capacity of managing and producing our own data. And also we have this capacity and it’s not so difficult. Governments can do it. Because they have more resources and more tools and they have all this information that they can gather. But they don’t want to. So I think that is one important thing to say. That they can do it, but they decide not to do it.

And also thinking about, for example, the CONFENIAE, the mapping project that they have in Ecuador. They really, really use that information to talk with the government, with the specific data about transmission and all these professional levels to request for more tests, to request for more medicine, for distribution in the area. … So I’m sure the Indigenous mapping projects that are already working, they’re going to do a better job in distributing the vaccine if we get it, or other resources.

What do you want journalists to know who are interested in covering Indigenous affairs?

What I see frequently, and that is like a big request for journalists, is naming the Indigenous peoples correctly and naming us. I always –  one of the hard things for me during this mapping project – was to find articles and they always say Native people, Indigenous peoples. Like as if we were just one type of people. But we are very diverse. We are hundreds of nations. So name us the correct way. 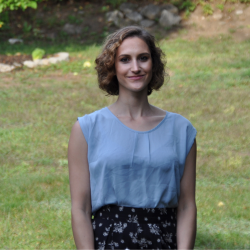