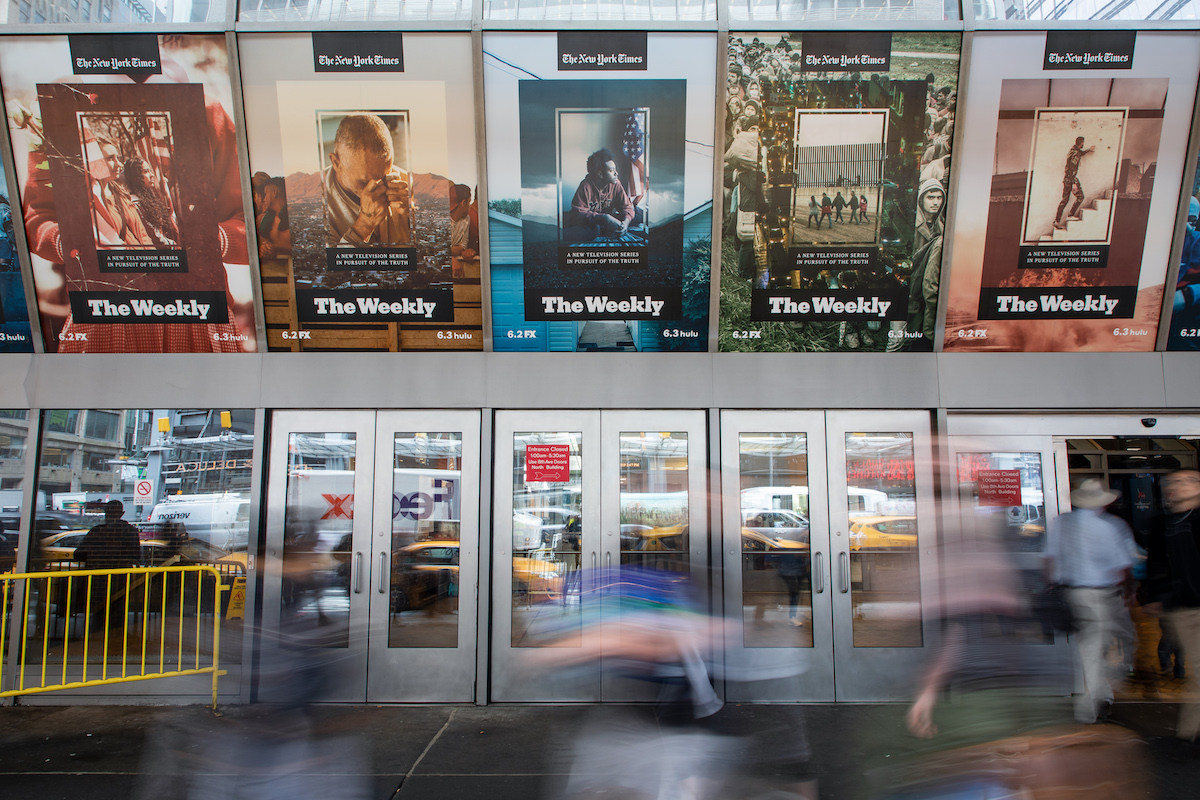 How The New York Times produces its television series “The Weekly”

Nobody can accuse The New York Times of putting all of its eggs in one basket. The news organization has published written stories, produced photo essays, created a well-known podcast, The Daily, and even run tours in far-flung locales like the Iceland and Morocco. So, what’s next for the Times? Television.

The Weekly is a television series the Times began producing earlier this year which airs on FX and Hulu and follows Times journalists on their reporting. Recent episodes have focused on Russian meddling in the 2016 U.S. elections, illegal Colombian gold in our iPhones, and a family facing unbearable medical costs.

Storybench sat down for a phone interview with Jason Stallman, an executive producer of The Weekly.

How was this project pitched?

The Times has a history of some television work, but we have never gone all in on it like this. The thought was ‘What would this look like if we just went for this, like we did on The Daily?’ A group of folks, they started poking around on what the possibilities could or should be. A million concepts were considered. One of the early ideas was that it could be a Sunday Magazine show, like a version of the Sunday Magazine on television. It just evolved from there over many months, until the group settled on the notion of a half-hour news documentary show.

They went out to LA and met with all the major players and went with FX and Hulu for distribution. Then, we had to actually make the thing. I created a team, which we call the Story Team, for lack of a better title. It’s basically a small group of people that try to be in constant contact with reporters and editors throughout the newsroom. We really have our ears to the ground on what people are working on, ranging from major lines of reporting from the Investigations desk to some quicker stories the News desk might be working on that pertain to topics that might lend themselves to film.

We are constantly searching for ideas and hearing about things, and then talking to reporters and editors about specific film possibilities. Once we green-light something, the Story Team works in collaboration with production. We partnered with Left/Right [a New York-based production company], which has an army of production people that actually make the episodes. It all comes together somehow. It’s fun, it’s really a lot of fun.

Why did the Times decide to commit to television?

Expanding the audience is probably the foremost reason. Coming out of the roaring success of The Daily, a lot of people started thinking about, okay, the Times has done a fairly great job in print over the generations and, in recent decades, made a pretty successful turn to digital platforms with a website that is increasingly popular around the world, and then a mobile app as well. The Daily podcast proved we could thrive in that as well. It was like, okay, what is left? Where else can we go? TV is the obvious one. That’s the granddaddy of all of them.

The Times, as big as our audience is with print circulation and digital reach, no doubt there are a whole lot of people that aren’t exposed to the New York Times on a daily basis who would watch television. Expanding our audience and reaching people that we currently don’t have access to is very valuable.

How are you guys hoping that The Weekly is different than the Times’ podcast, The Daily?

We are finding a lot of our reporters who are doing television for the first time are struck by how much more effectively they can render the people they are telling stories about. Even the most talented prose writers in the newsroom, who can write very lyrically and bring people to life, say ‘Oh my gosh, I can’t do this in writing.’

What reactions do you get from reporters who typically write when they make the transition into television?

It was a big concern in the early days. What is the newsroom going to make of this? There are already so many demands on our reporters, and they are operating at such a high level. These are 30-minute documentaries that require from 16 weeks up to a year of production time. It’s a huge, huge ask for reporters.

No doubt, there’s definitely been times when it’s felt like too much or parts of it have been frustrating. But, overall, across the board, everyone’s been very enthusiastic. With our recent history of moving away from being merely a print newspaper into other digital platforms and then, more recently, The Daily, the newsroom really gets that there are lots of different ways to tell stories.

We are making 30 episodes of The Weekly this year. There are at least 30 stories a week that come out of the New York Times that could be an episode of television. There are more story options than we could ever get to make, so we don’t have to force anybody to do anything.

How do you decide what sort of platform to tell a story on?

There are a lot of things that come out of Washington D.C. and our coverage of the president that it can become very difficult to think of how to pull it off. We did an episode on Trump’s inauguration, which I think turned out very well. But in that part of the world, it can be very difficult because access is nonexistent. You’re dealing with a lot of sources on background. Those stories, although they may be incredibly important and tantalizing, it just would be too difficult to get 30 minutes of film out of it.

Sometimes we will hear about a story that a reporter is working on and is already creating a written piece, and we will say ‘Let’s make a film version, too.’ They are two entirely different audiences and why not? Why not let everybody see it?

Other times, there will be an issue in the world, and we will reach out to a reporter and say ‘Can we talk through this person or this issue that’s flaring up? Is there some possibility of a film here?’

How do you choose the length of episodes?

To be totally honest, we don’t know the right length or the right time slot or day of the week or even frequency. This is our first season, and we feel like we are doing something that isn’t already out there. We feel like it’s going to be something of an exploration.

Right now, we like the 30-minute amount because it’s enough time to dig into a big complicated subject, and it also maybe leaves the viewer with an appreciation like ‘Oh, you did this all in a half hour, I can move on.’ It’s not too much of an ask for the viewer. We’ve had one episode so far, and one or two more in the works, that were just so big and difficult to tell in a half hour that we are extending them to a full hour. So, we do have that option.

Thirty minutes feels right, right now, but it can always be revisited. Five years from now, we might be an hour long show or a two-hour long show. With the way TV is evolving, shows aren’t conforming to that 30-minute slot anymore. It could be an hour and six minutes or 37 minutes.

Why did you choose not to have a host?

We really think the special element of this show is that every week, you are seeing a different story on a big important topic, and it’s told through a New York Times reporter who is the foremost expert on this specific thing. We were just a little allergic to the idea of having a host.

One of the early episodes we did was about an ISIS attack in Tajikistan that killed a group of cyclists, including a few Americans. Rukmini Callimachi, a reporter here, is the world’s foremost journalist when it comes to covering ISIS. Why wouldn’t we want viewers to get Rukmini going to Tajikistan to do that episode, rather than whoever the host might be, who’s never covered that topic before? Every week, we have that feeling. The story is presented to you by a reporter who knows it inside and out, not by someone who is parachuting in who is the face of the show. To us, it just feels very authentic, like the viewer is getting the real deal.

What challenges have you faced?

If you’re interviewing someone for a written story, you can get away with interrupting or jumping in on the conversation. On film, all of those interruptions just ruin the interview. You have to stay quiet, let the person finish.

What qualities do you look for in a reporter to do a Weekly episode with?

The notion that a TV reporter needs to be a polished TV persona is a thing of the distant past. It’s really all about authenticity. Does the viewer sense that this person knows the subject well. We have that with all our reporters, so if it’s a good story, we are golden. It’s really simple.

What advice do you have for other journalists trying to create similar projects?

I’d just say that to do it really well, it takes time. A whole lot of time. And a team of reporting dynamos. 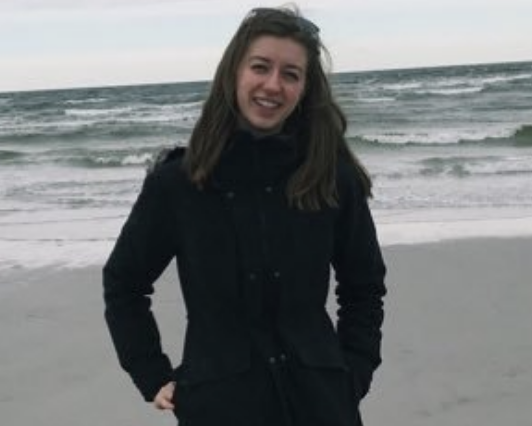