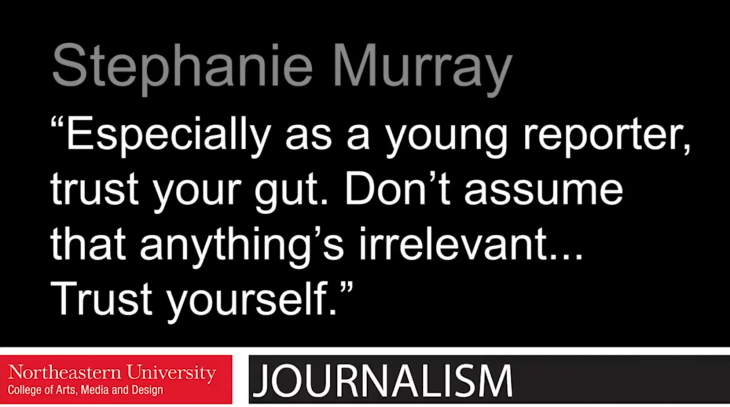 Stephanie Murray says she’s been hooked on politics since she was young kid watching PBS News Hour, which aired after Sesame Street. She produced a homemade magazine on her family’s computer and hawked copies to her neighbors.

These days, the Tyngsborough, Mass., native is living her dream as a reporter for Politico where she writes the Massachusetts Playbook daily political newsletter.

“I always knew this was what I wanted to do,” Murray told a group of journalism students at Northeastern University on Sept. 19 as part of the school’s “Pizza, Press & Politics” weekly speaker series.

Murray, who graduated from UMass-Amherst last spring, quickly made a name for herself in the ring of Bay State political reporting, particularly with her coverage of the primary race between Rep. Joe Kennedy III and incumbent Sen. Edward Markey.

In July, Murray reported that the left was targeting Markey’s seat. Murray said this story was met with doubts as Kennedy had already said he would run for re-election in the fourth congressional district.  A month later, Murray broke news about a telephone poll that tested Kennedy against Markey and the rising speculation that Kennedy would challenge for the seat.

Other national outlets jumped on the story and, on Sept. 21, Kennedy officially launched his Senate bid.

Being the first reporter on a prominent story such as this has led to some cool opportunities for Murray, such as an appearance on MSNBC, which she described as “very scary, but fun.” More than anything, Murray told journalism students at Northeastern to trust their judgement when they think they’ve found a big story.

“Don’t assume that something’s irrelevant because you haven’t seen it anywhere else,” she said. “Just trust yourself.”

Murray completed four internships, including one at Politico, and worked on a student publication at UMass before beginning her post-college career at Politico last summer. Murray interned at two local newspapers – the Lowell Sun and the Daily Hampshire Gazette. She dipped her toes into political reporting during an internship with the Statehouse News Service on Beacon Hill.

She said her experience covering local news was crucial before joining Politico, a national outlet. A key part of that experience was simply learning how to report and write quickly and well while meeting daily deadlines.

“I don’t think I would have done as well at Politico if I hadn’t gotten kind of an education at a local paper first,” she said. “There’s a lot of work to go around and not enough people to do it, so you end up getting a lot more responsibility than you would get (somewhere else). … So when I went to Politico I was able to raise my hand a lot more and take on harder projects there.”

As her list of sources has grown, Murray said she has become more comfortable with the daily rhythm of political reporting while digging up better stories. She said getting started in political reporting can sometimes feel like wading into water on a choppy day.

“It’s like walking into the water and you keep getting decked by waves,” she said. “That’s how I felt when I was starting out. I was trying to do stuff but I was just getting scooped or I was going down the wrong rabbit hole or whatever it may be.

“Once you keep doing it, you kind of get through that, the waters get calmer and you feel like you can really develop the beat.”

Murray has since found her groove. The Playbook, which can run to about 3,000 words, is sent to subscribers every morning about 7:15 a.m. Monday through Friday. She starts the newsletter at night and wakes up at 5 a.m. to finish it and add in any news that broke overnight.

It opens with a piece reported by her (about 300 words or so) and is followed by a series of aggregated links to stories from other publications covering Massachusetts politics. She likes to throw in birthday shout-outs at the end and will let you know whether the Patriots, Red Sox, Celtics or Bruins won the night before.

Murray files the newsletter to her editor about 6:15 a.m. and it’s online about an hour later.

In addition to the daily newsletter, Murray writes longer pieces for Politico’s main site. She also co-hosts the the Horse Race podcast, a Massachusetts-focused political podcast put out by the MassInc Polling Group. She told students it’s critical to be comfortable using multiple formats for reporting in the modern age of journalism.

Newspaper jobs might be shrinking, she said, but there are still opportunities to make a career in this industry.

“When people try to discourage you and tell you that there aren’t jobs in journalism, that’s not true,” she said. “They look different than they did maybe 10 or 20 years ago, and a lot of them are digital outlets. They’re doing newsletters, they’re doing podcasts, it’s not just being a traditional reporter.” 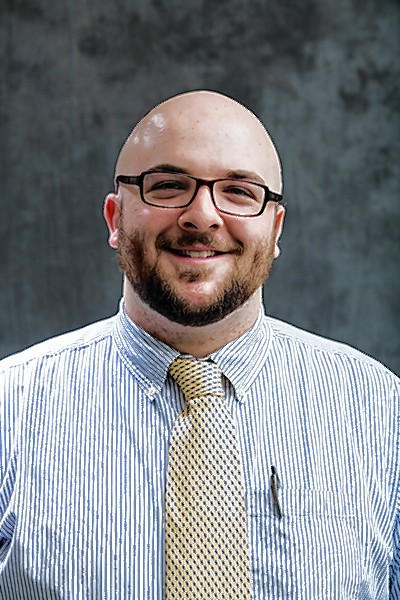 Nick Stoico
Nick Stoico is a graduate student at Northeastern University's School of Journalism. He can be reached at stoico.n@northeastern.edu.