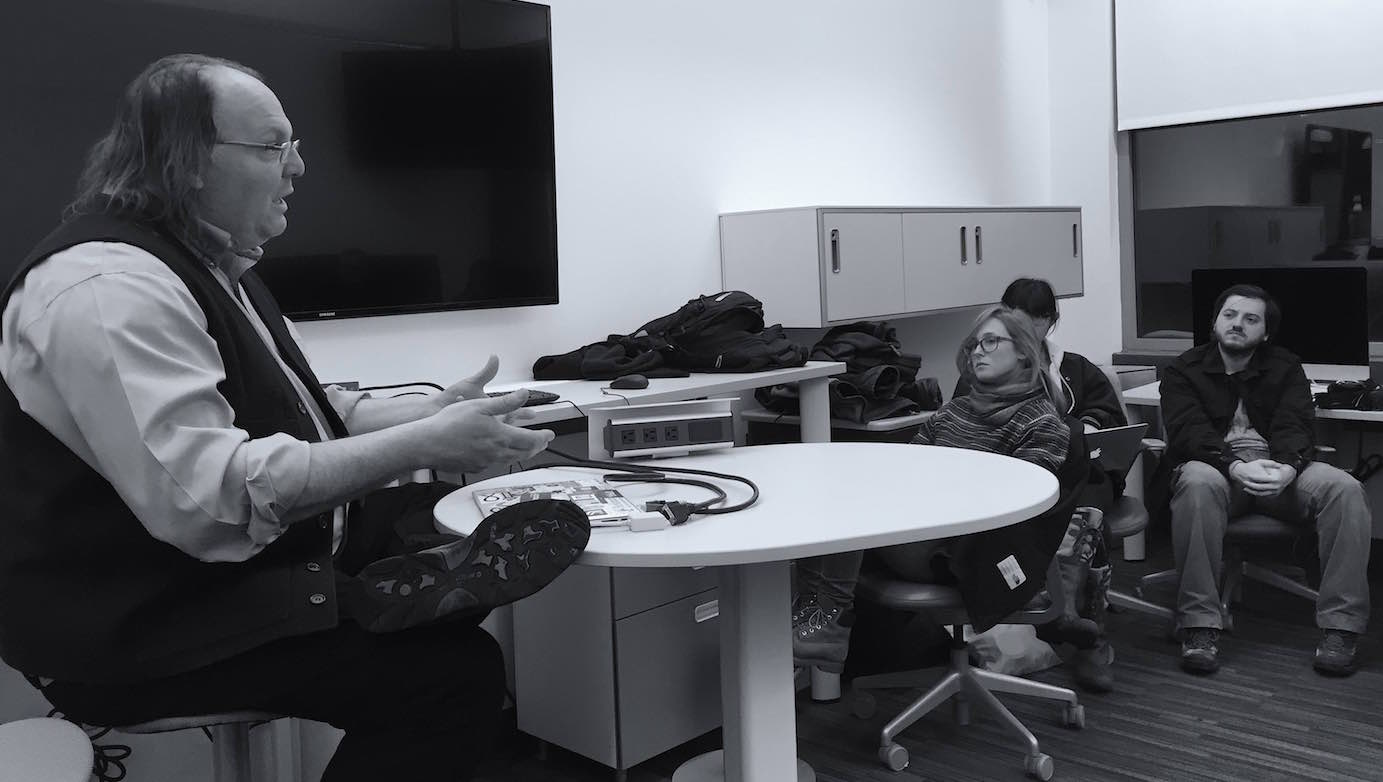 Ethan Zuckerman, known as a guru of Internet activism, is the director of M.I.T. Media Lab’s Center for Civic Media. He’s also the author of Rewire: Digital Cosmopolitans in the Age of Connection.

He spoke last night to a journalism class I teach at Northeastern University with David Tamés, a documentary filmmaker. The course, StoryLab, is a project of Northeastern’s Media Innovation program and in it we are working to reimagine magazine journalism for the digital age. David and I thought it would be important for our students, as future media innovators, to hear Zuckerman‘s thoughts on measuring media attention, the promise of being a digital cosmopolitan, and the role of the journalist in civic discourse. Here’s a quick compilation of some of his quotes from the discussion.

“It wasn’t a surprise that the attention of Charlie Hebdo versus [the Boko Haram massacre in] Baga was something like a hundred to one.”

“We tend to pay more attention to people who are similar to us. This is a phenomenon known as homophily. We tend to flock together.”

“We have really terrifying Islamophobia in this country … and it’s got a lot to do with what we’re seeing and what we’re not seeing.”

The effect of the Internet on news

“As we’re moving into a world where media is being driven by social media … what we’re getting is more and more highly shareable news.”

“If you’re not going to win at fast news, can you win at deep news?”

“Most broadcasters are speed-obsessed at the moment … what very few people are thinking about is deep news.”

“This cyber-utopian fantasy that we would get connectivity and suddenly know more about the world actually hasn’t really come into play.”

“The problem is nobody follows hyperlinks. The trick is to take those hyperlinks and actually put them on the page.”

Civic impact and the role of the journalist

“How do we get news for a digital age that helps us act as citizens of the world?”

“I think one of the major problems in journalism these days is that it doesn’t give us enough information about what we can do.”

“If there’s nothing I can do with the news, why would I pay attention?”

“We have to help people think ‘Is there some change in the world that I can make based on knowing this?’ ”

Work we should check out