The importance of listening to your audience

When education technology news site EdSurge launched in 2011, the goal was simple: To help K-12 teachers and administrators choose the right technology to improve their schools and support their learners.

The company focused first on coverage, writing about the startups trying to gain traction in the space. The staff soon realized, however, its audience wanted more, and expanded into events, products and even launched a higher education vertical.

“I could see the beginnings of the next wave of education technology products coming into the industry,” says Betsy Corcoran, CEO of EdSurge and the former executive editor of technology coverage at Forbes. “Schools were going to have a lot of choices to make and the people in schools had very little training on how to figure out what the right tools were.”

U.S. ed-tech startups closed out 2016 by raising a collective $1.03 billion in venture capital. Although other education publications exist, such as Inside Higher Ed and The Chronicle of Higher Education, EdSurge is the only site focused solely on covering the evolution and growth of the ed-tech sector.

EdSurge has raised more than $5.6 million in angel and venture capital investment to fuel its own growth. The company’s portfolio of investors includes Graham Holdings, NewSchools Venture Fund and GSV Capital.

“The funding gives us a chance to do work we think will pay off in the future,” Corcoran says, “even if the initial costs outweigh the revenues.”

One piece of that work is Concierge. EdSurge has partnered with 150 schools to determine what their needs are, whether it’s better lesson planning software or a more effective assessment tool.

EdSurge then uses that feedback to identify 10 potential solutions for each school. The ed-tech companies chosen are asked if they want to submit a tailored proposal for a “modest fee” and EdSurge talks administrators through their options, later connecting them to their business of choice.

Although Corcoran would not provide official numbers, she does note Concierge has been in “beta” this year, so its revenue contributions have been “modest.” She is optimistic, however, that the service has potential to become a significant moneymaker for the company.

Another tool EdSurge offers is its Product Index, which it launched with support of a $100,000 grant from the Bill & Melinda Gates Foundation. At the end of 2015, Corcoran announced the Foundation had awarded the site a “two-year cornerstone grant to explore the impact of digital learning in higher ed” and build out the Product Index. 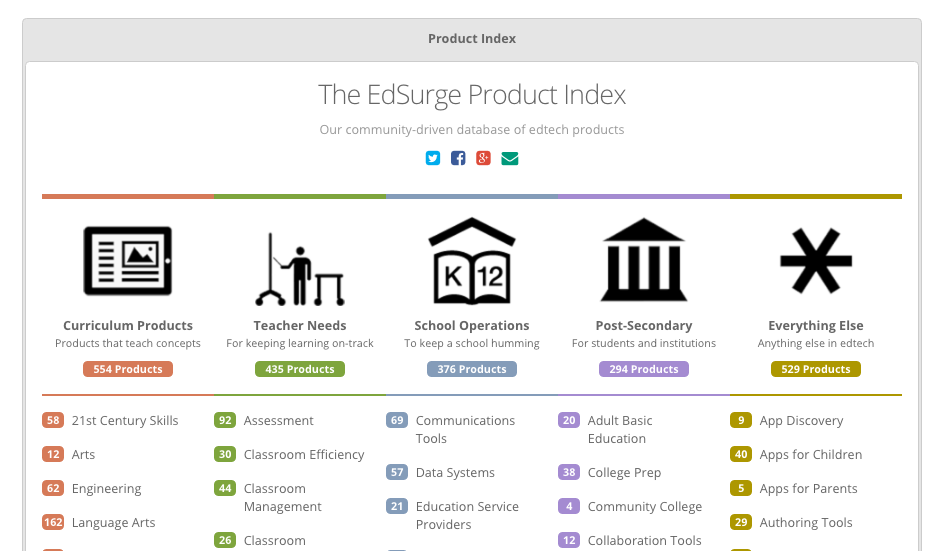 The Product Index serves as a free discovery tool. Educators can search for resources by subject area – such as “Communications,” “Lesson Planning,” or “Professional Skills” – and receive a company summary, pricing plans, and reviews from teachers who’ve interacted with the business. To date, teachers have contributed more than 12,700 reviews.

To keep coverage fair, EdSurge has separated its editorial and product teams. Reporters don’t share any of their notes with the product side and the product side has access to database solutions reporters aren’t allowed to use.

Where EdSurge connects the two sides is at its conferences, meetups, panels and job fairs. After covering the companies building new products for the education industry, the EdSurge team realized there was an opportunity to connect the entrepreneurs developing those tools to the educators using them. Events are seen as a way to bring those groups together and allow startups to offer training to teachers and administrators.

Between its coverage, events and product offerings, Corcoran views EdSurge as a company solving a problem, which is different from the traditional role of journalism, which she argues observes a problem and holds those accountable for creating it responsible for solving it.

For EdSurge, that problem is helping educators learn more about today’s emerging tools and the implications of using those tools at their schools. For fellow journalists, the site serves as a strong example of the growth that can happen when you put your audience first and ask what they want.

“EdSurge aims to use what we feel are the best attributes of journalism and see if there are ways to create real value for readers,” Corcoran says, “and, ultimately, revenue streams that support that work.”

This post has been updated to clarify EdSurge’s investors. 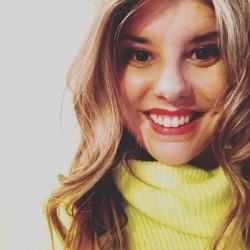