Could a bus stop offer you directions to a coffee shop? Why don’t airports superimpose flight information on their windows? And don’t you hate getting out at the wrong subway exit?

Those were some of the questions tackled last semester by Irene de la Torre Arenas, Andrew Tang and Kate Terrado, three graduate students in Kristian Kloeckl’s “Design for Urban Waits” course, part of the Information Design and Visualization program at Northeastern University. Storybench sat down with the students and asked them to unpack their projects and the “urban waiting” problem they were trying to solve.

My project started as a study of how people wait on subway platforms. However, as I learned more about the different elements that take part in that specific system, I decided to shift my focus to how people exit [Boston’s] T platforms. In big cities, stations with different exits to different streets are not uncommon (Downtown Crossing is a good example) and signs might not provide enough information to people that do not know exactly where their destination is. 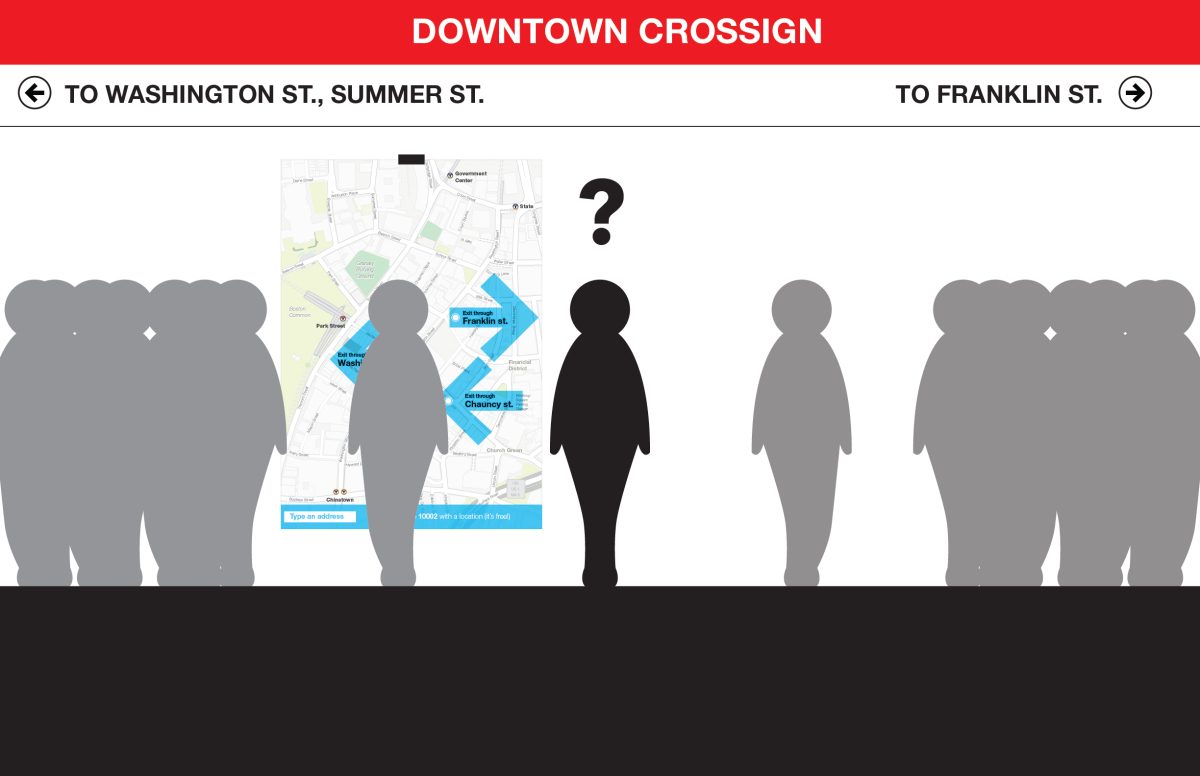 The project addresses this exact problem. “Where is my exit?” is an interactive display that tells users which platform’s exit is better for them and what is the best way to get from the subway station to their final location. It also provides photographs of each direction change to avoid orientation confusions along the way.

I was interested in the idea of “real time” (mechanical time) versus “felt time” (organic time), or how technology affects time and how we can use technology to make more efficient use of our time. I applied this to public transportation and especially wanted to look into the bus systems. 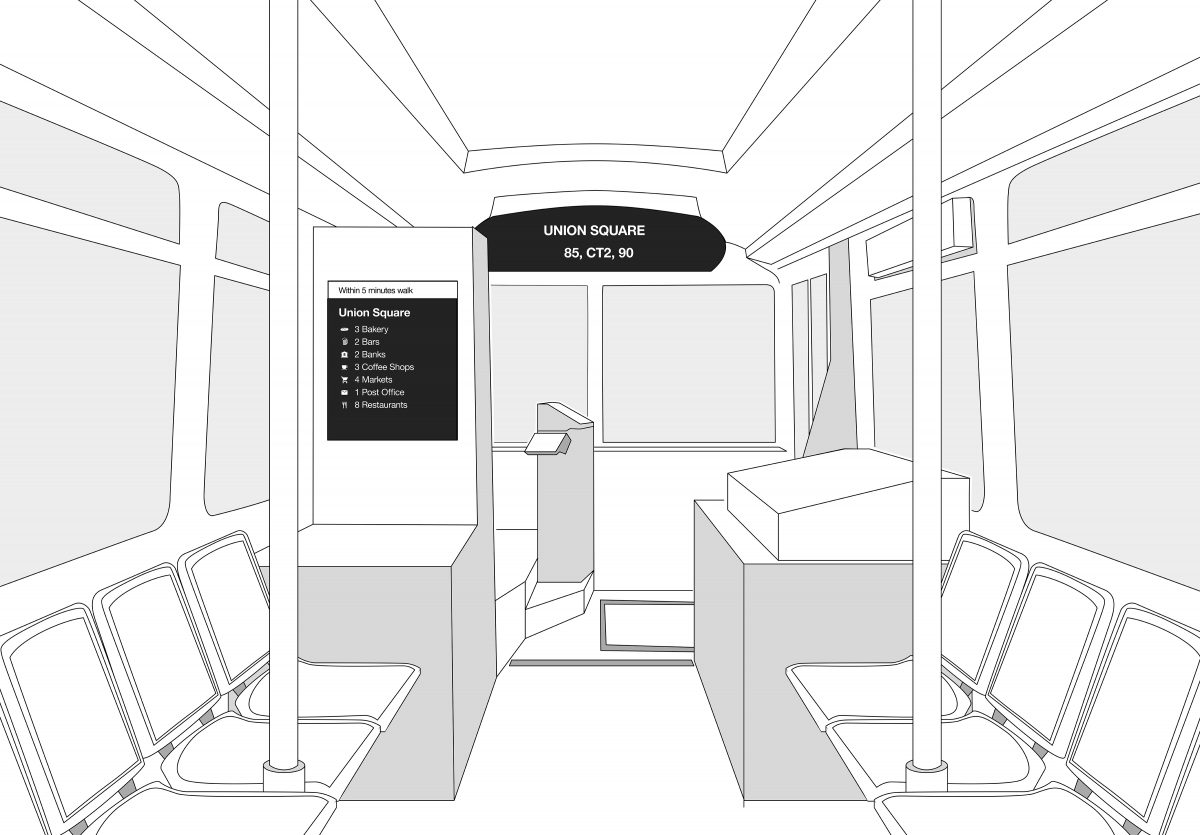 I started to explore how we can spend our time waiting at bus stops by taking advantage of the amenities in the vicinity of the bus stop. Using smartphones and GPS, you can receive a prediction on when a bus gets to your stop. But what to do in that time? Unless you’re familiar with the area, you can’t use those extra 10 minutes to go get a cup of coffee, stop by an ATM or run a quick errand.

My project takes advantage of existing technology being used by the bus system but increases the information shown on displays with the addition of local establishments. By being able to see local amenities on your current route or a new route, you’re able to get to know your neighborhood and your city with greater ease or re-route your trip to discover new establishments. I see this as not just as an improvement on how we use public transportation, but as adding value to the whole community. This will increase the value for current riders, increase ridership, and also increase the support to local establishments which in turns builds community.

This project examines the neglected space of airport waiting areas. In designing interventions, it was important to be sensitive to three ideas: showing information that passengers need when they need it, understanding the waiting area as a place to decompress after a stressful security experience, and bringing the excitement of a trip back into the pre-flight space. 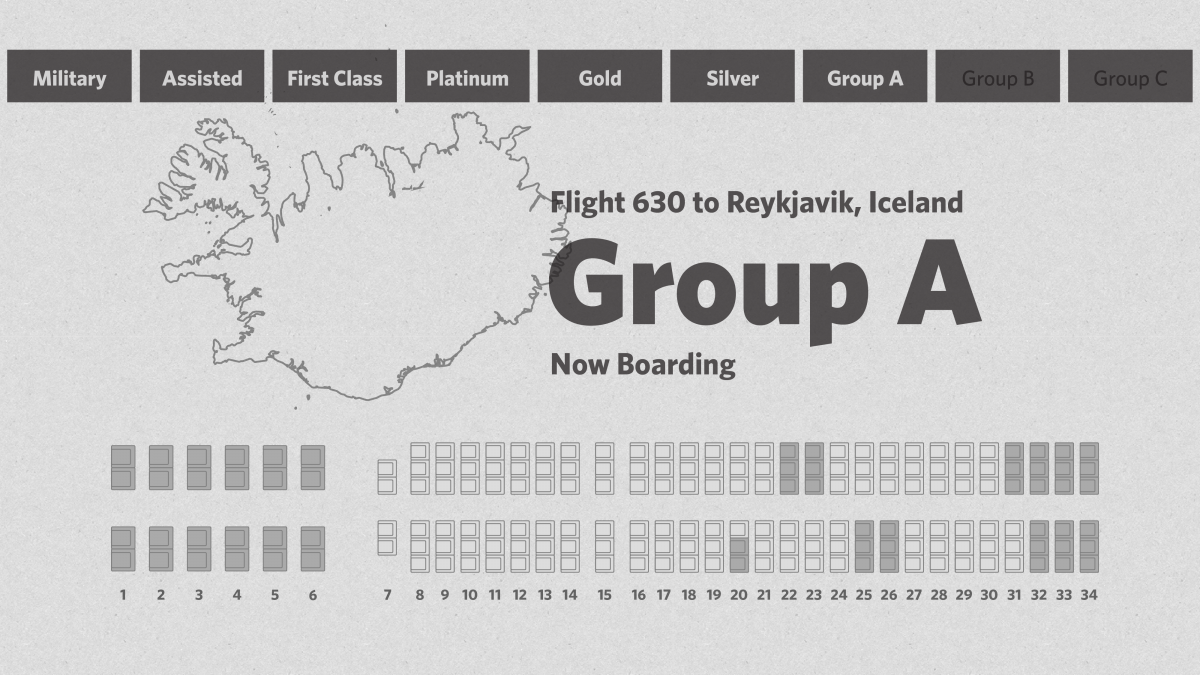 To address these ideas, several scales of information were used. Leveraging existing structures, windows overlooking the tarmac are utilized to broadcast details about airplanes.

When a passenger is at their gate, the windows are used to show contextual details about their flight. Gate screens provide a real-time seating chart to help mediate confusion during the boarding process. Finally, tablets are located among gate seats that show a live-feed “window” to a specific destination. 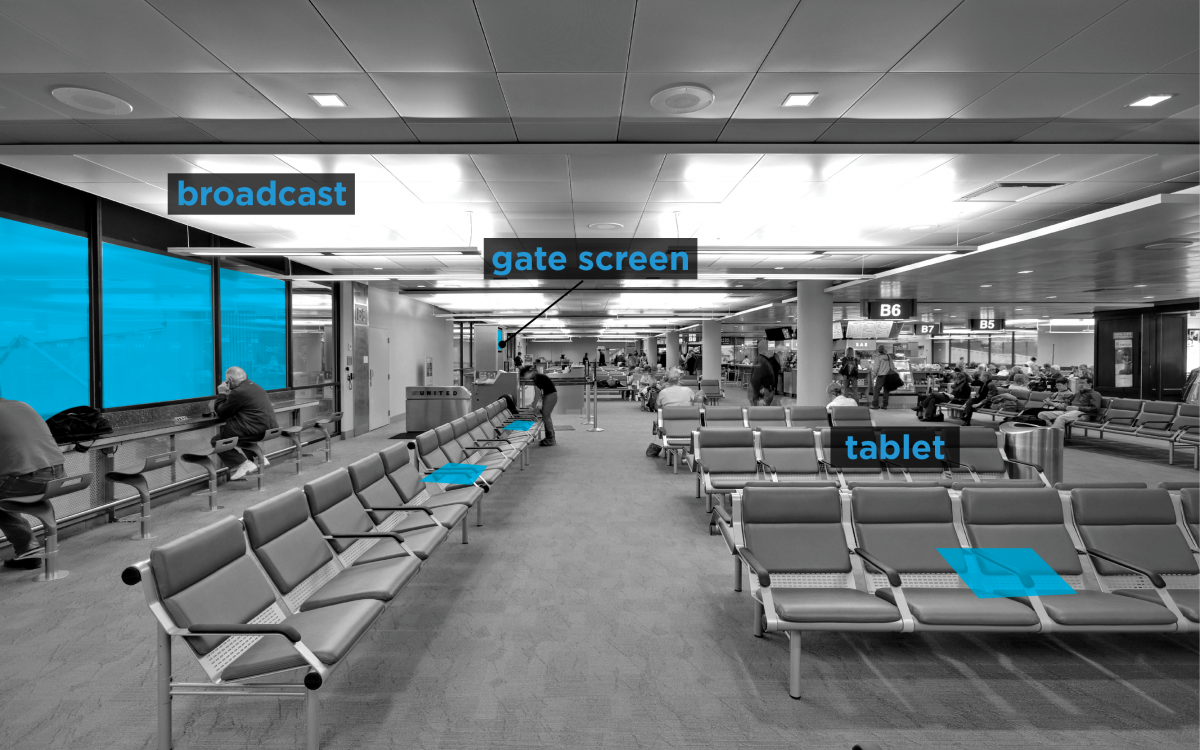