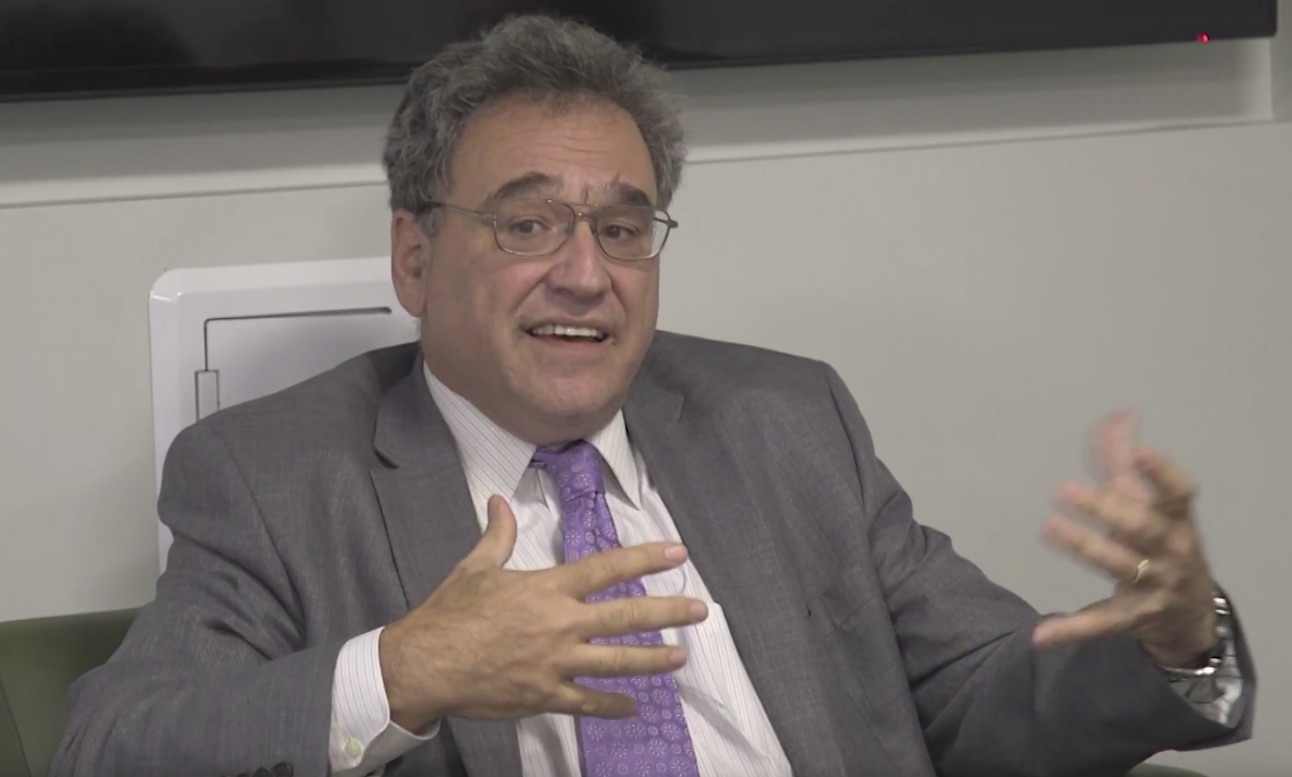 On October 12, Ron Kampeas, the Washington bureau chief for the Jewish Telegraphic Agency, spoke at Northeastern University’s School of Journalism about reporting in Trump’s Washington.

“It’s hard to take an action that he’s ordered and to attach to it a greater meaning because he’ll do something different the next week.”

“A good question from a Jewish media reporter for Trump after Charlottesville would be: ‘You said that there were … fine people both sides, you also said that there was violence from both sides. Your daughter tweeted that there was only one side … then she tweeted praise for the counter-protesters. How do you reconcile that? Did you talk to her about that? Do you understand where she’s coming from as a Jew?’ ”

“The role of journalism is maybe to finally get us into a place… where you understand that maybe the perceptions you had were completely off base. That’s definitely a role for journalists.”

On the allure of brokering peace in the Middle East
25:03

“[Trump] seems besotted with the idea of brokering a peace in the Middle East because nobody else has done it. He’s a deal maker, and I think that might infirm the degree to which he’s invested in it.”

On the delicacy of that peace process
30:41

“The delicacy of the peace process under every administration has been not to force a situation, to try and make it indigenous, and that’s very difficult with the current leadership.”

On the importance of reporting
41:16

“When the train stops and you’re worried abut what’s happening, reporters are the people who go into the tunnel and tell you what’s coming.”

“I would really prefer that we lived in some kind of pristine environment and just ignored [Trump’s tweets] because [they] mean nothing until he actually does something.”

What the media should in the face of Trump’s attacks
1:11:44

“When your institution and media is being attacked, I think there’s a role for media to stand up and say this is wrong.”

“Never condescend to any constituency that you’re covering”
1:20:50

“Always keep an open mind, never condescend to any constituency that you’re covering – I think that was a big mistake with our coverage, American media’s coverage of Trump last year, not knowing where people were coming from.”