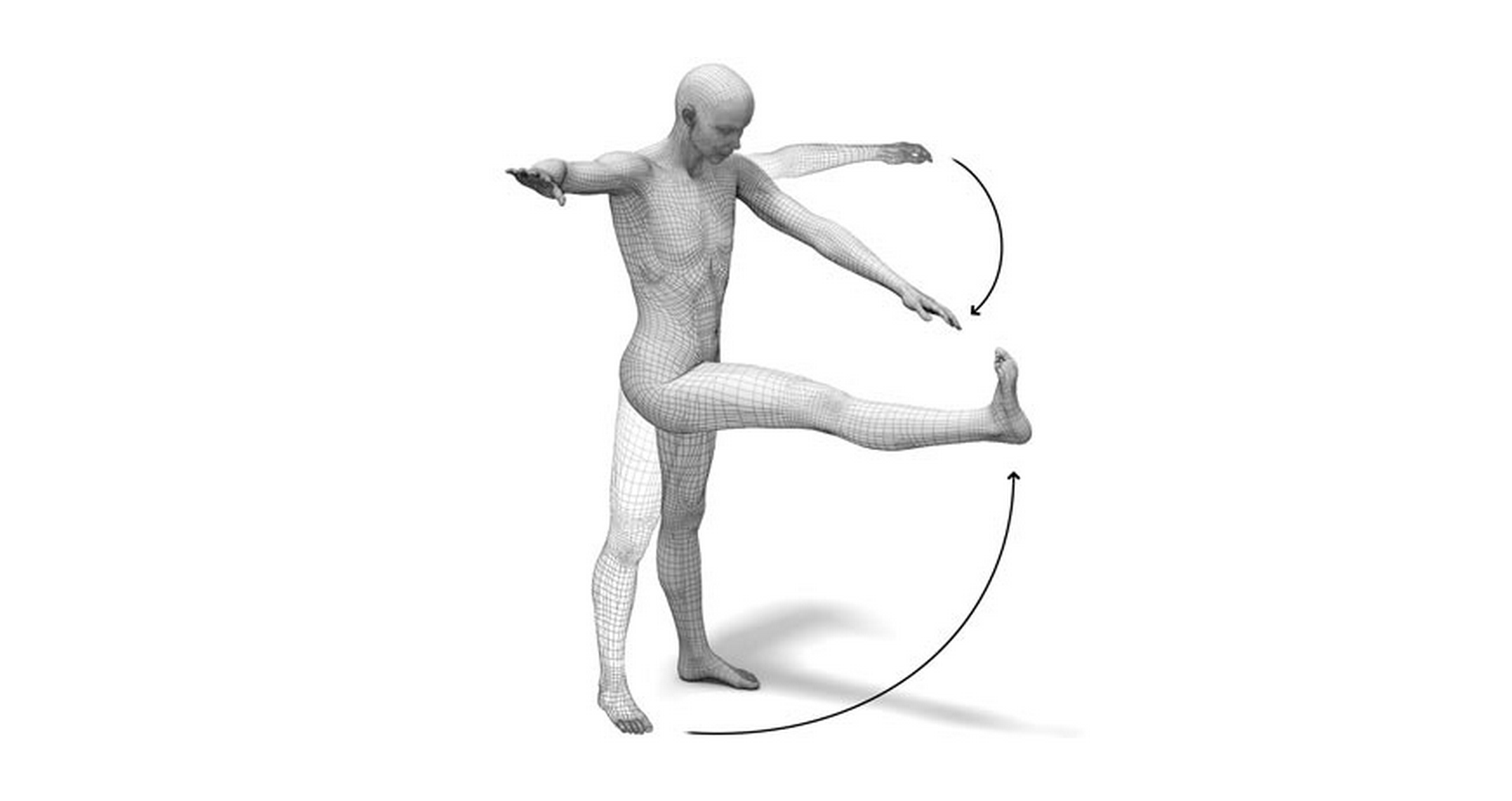 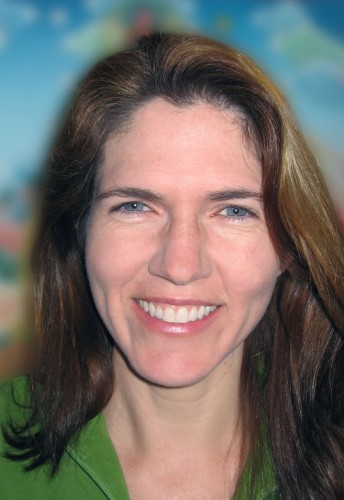 Emily Cooper is a freelance scientific illustrator whose work has been published in books, on websites and in magazines like Scientific American, National Geographic Adventure, IEEE Spectrum, and The New York Times Magazine. She has illustrated everything from how mosquitoes become genetically modified and how woolly mammoths could be revived to how electronic ink works. To convey science one must learn the science, says the Bay Area-based Cooper. “Trying to come up with a good illustration of a concept is very similar to trying to teach that concept,” says Cooper. “As with teaching, illustrating an idea is a great way to really get to understand that idea yourself.”

Cooper offered Storybench some tips for how to effectively communicate scientific subjects that can help anyone trying to think about visualizing science and illustrating the complex.


Where does one learn to illustrate science?

I went to a science illustration graduate program at University of California, Santa Cruz. The degree of quality and detail expected from the renderings was definitely eye-opening, and provided the inspiration to really strive for quality. Originally, the UC science communication program had two arms, one for writing and one for illustration.  The year before I attended the program, the illustration component was placed under the UC extension umbrella and moved off-campus.  A few years after I was a student there, it shifted to become a Cal State, Monterey Bay graduate program. [Ed note: The Rhode Island School of Design offers a natural science illustration certificate and the University of Chicago offers a degree in biomedical visualization.]

One of my very first professional illustrations was created while serving as an intern at Scientific American.  I remember it was a small image that involved a buoy floating over deep water. It all came together pretty well in the end, but the process was very time-consuming, in part because I was still learning new techniques and approaches.


What are the most important themes you try to get across with a scientific illustration?

Communicating information is always paramount in the illustrations I do. But within that general framework, the themes can vary widely. Some illustrations simply present an object:  a new type of transistor, say, or a medical device. But many of the more interesting figures I get to work with involve more complex processes, such as how a thing is built, or the many interrelated steps within a complex system.

Do you have lots of science textbooks at home?

I do have a big shelf of textbooks, along with other graphical resources for on-site inspiration.  And of course, image searches are a marvelous tool for finding specific visual references.

Tell us about conveying a scientific process through illustration.

For a complex image, before I even think about sketching anything out, I’ll start by organizing the information. Often big images will have a list of captions that need to be integrated in a readable form. Even if there won’t be any text in the final image, I might divide the process into specific steps, represented by text blocks, and figure out their relationship with each other. Is it a cycle, or a one-way path?  [inlinetweet prefix=”” tweeter=”” suffix=”via @storybench”]How can I arrange it on the page so the information “reads” in a coherent way?[/inlinetweet] Then, ideally, I can puzzle out a perspective or design that allows the actual imagery to fit the information flow.  Of course, sometimes the most obvious layout of the physical object in space doesn’t match the layout of the information very well.  That’s when you have to get creative!

How do you start sketching out an idea?

Before starting work on an image, I’ll usually conduct a fairly exhaustive image search on the topic. This can help provide inspiration, reference, ideas, and also suggest approaches to avoid. I might often need to read up on the topic at hand, as well, to make sure I understand it fully.

Is science inherently difficult to draw?

[inlinetweet prefix=”” tweeter=”” suffix=””]I find science very satisfying to draw[/inlinetweet]. I like the fact that there are concrete criteria available for judging the success of an illustration. Does it convey the information elegantly and effectively?  Is it misleading or confusing? There’s actually plenty of room for abstraction in most of the illustrations I work on. In fact, one common challenge lies in deciding how much information to include, and which details to leave out: what level of simplification is appropriate.

What are your challenges? Do you wish you could abstract the facts more?

Some of the most difficult situations I’ve encountered come when I have incomplete information to work with. Sometimes, this simply reflects uncertainly in the field.  [inlinetweet prefix=”” tweeter=”” suffix=””]As a science illustrator, I’m not really free to just make stuff up[/inlinetweet], but I might still need to fill in a lot of visual gaps. In such cases, I need to make it clear which parts are established, and which are speculative. At other times, the lack of information might be because of simple communication challenges with the researchers or scientists in question. Some illustrations go through a lot of drafts before were get the kinks worked out.

Can you list some of the tools you use?

The great majority of my images use these three digital tools in some way:

Then there are various add-ons that I use occasionally.  For 3D work, for example, I’ll often use an alternate rendering package. Sometimes I’ll use a program called ZBrush for modeling organic forms.  There are some extra filter tools like “Topaz” that I might make use of in Photoshop.

Often I’ll start with paper and pencil, sketching out thumbnails concepts and and overall composition.  Typically, I’ll then switch to Photoshop and make sure to get page dimensions and the image resolution set up correctly from the beginning.  Eventually I’ll get around to modeling and rendering with Lightwave.  Often I’ll run multiple renderings and combine them in Photoshop in order to achieve the effects I’m looking for.  Illustrator is usually the final stage, for adding vector elements like arrows, text, and “zooms”,  or assembling multiple images into a single composition.

What advice would you give students that are trying to illustrate difficult-to-understand concepts?

[inlinetweet prefix=”” tweeter=”” suffix=””]The most important first step is to understand the concept well yourself![/inlinetweet] Sometimes it helps to create an “outline” for the illustration, the same you you would for a written paper.

Make sure you’ve done your research as to what your subject actually looks like. Don’t settle for just two or three references, but look over as many as you can find. You may notice inconsistencies or mistakes that have been propagated throughout multiple existing drawings, so consider the reliability of your sources.

For a complex image, think about how to set up a clear and consistent visual vocabulary.  You can use things like color, shape, or placement on the page to help associate like with like.

Also, think carefully about the relationships and grouping that you create.  For example, in a figure that uses arrows, do all the arrows really indicate the same thing? Or do some arrows, for example, connect stages in a process, whereas other arrows indicate movement through space?  If they mean something different, you’ll probably want to make them look different, too.