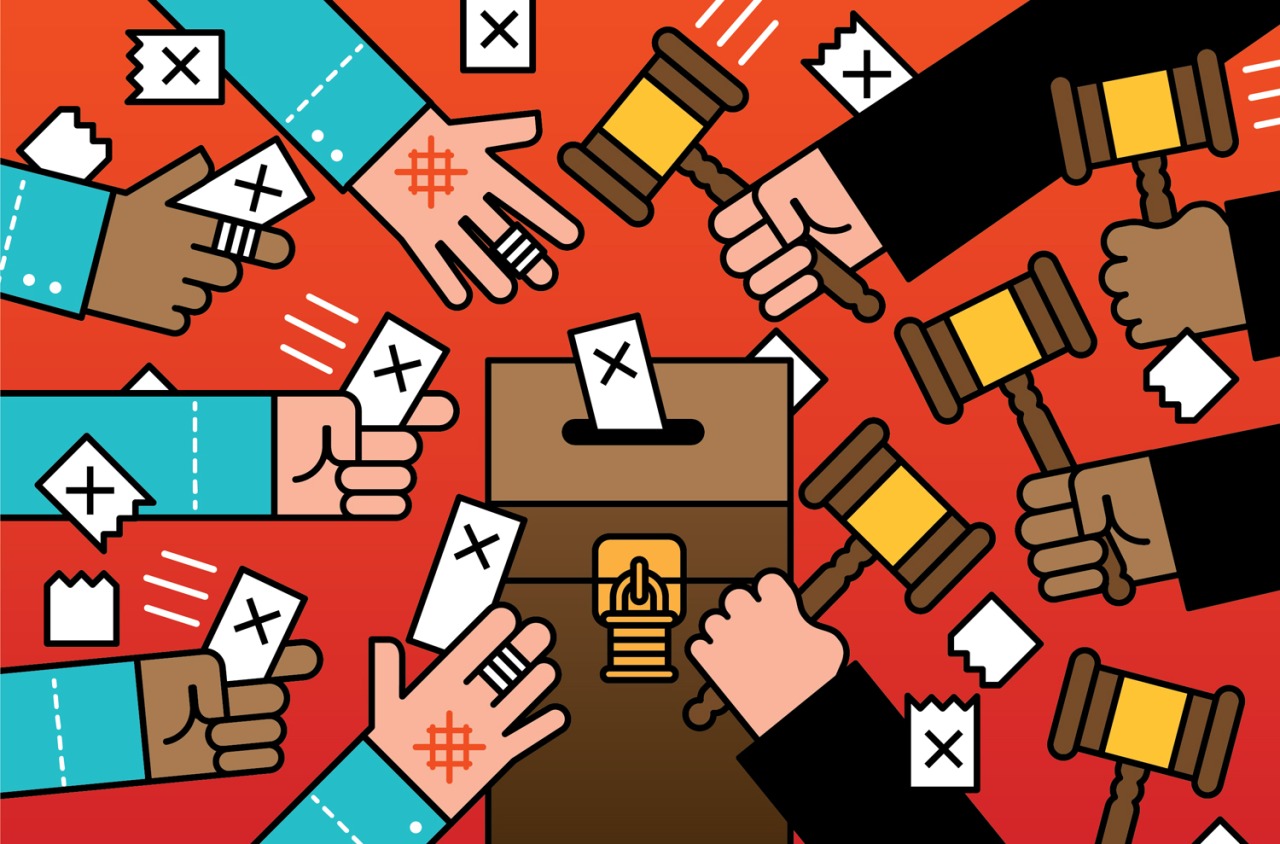 Mikey Burton is an illustrator and graphic designer whose work has been published in The New York Times, The Atlantic, The New Yorker, Money Magazine, and ESPN. He talked to Storybench about his creative process, how he stumbled into illustrating for magazines and newspapers, and the role illustration plays in complementing journalism.

How did you get into illustration?

I went to school for graphic design. I did a lot of gig poster work. Someone at Wired magazine saw a concert poster I did and asked if I did illustrations. I stumbled through the first job I did for them. It was hard because I’d never done it before. I wasn’t sure what the process was. I was sending them final images. I didn’t need to be doing that when all I needed was a pencil sketch to get approval. The first illustration I did got cut for content reasons. But I thought it was really fun. I started moonlighting doing editorial work while at an ad agency in Philadelphia. Now, a giant part of my income comes from printed magazines.

Has the move to digital affected your work?

Web budgets are going up a lot. People used to not give you more than a couple hundred dollars for an online piece. We’re definitely not seeing that anymore. But I’m not worried about [the death of print]. Only half of print magazines use my illustrations online, which is interesting.

Why is illustration important?

Illustration has always made people stop and read. It’s clarifying something on a page. Even a spot illustration, which is anything under a half page, in a sidebar can engage someone on a micro-level. I feel like it adds to the story by making people engage with the page more. It makes people look.

How do you get work as an illustrator?

How do you start conceiving an illustration?

My illustration style is similar to making a logo. It’s a visual metaphor or two things coming together. This shopping cart was about unbundling cable so you could sell just HBO or just ESPN. I sent along the sketches for that. That was one of the fastest illustrations I’ve ever done. It was done in three and a half hours from sketch to final art. To get it done that fast, I was leaning on five years of experience in editorial work. 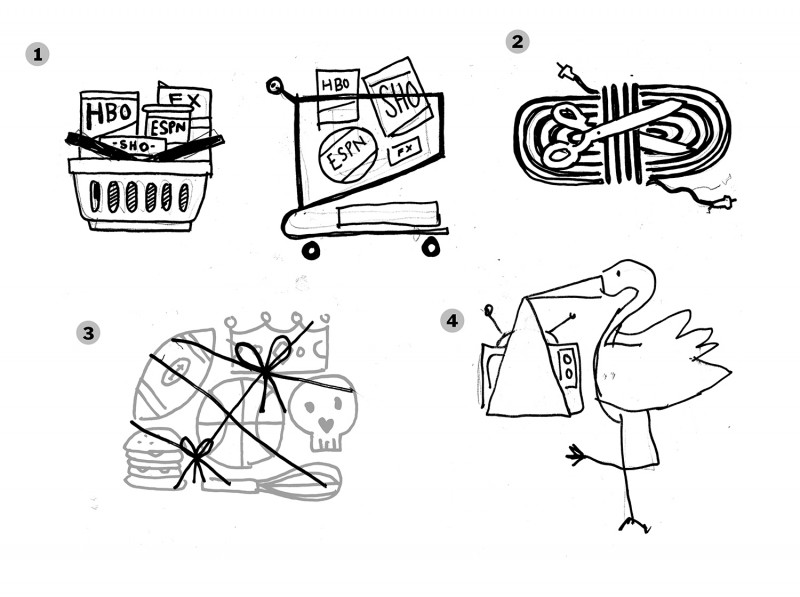 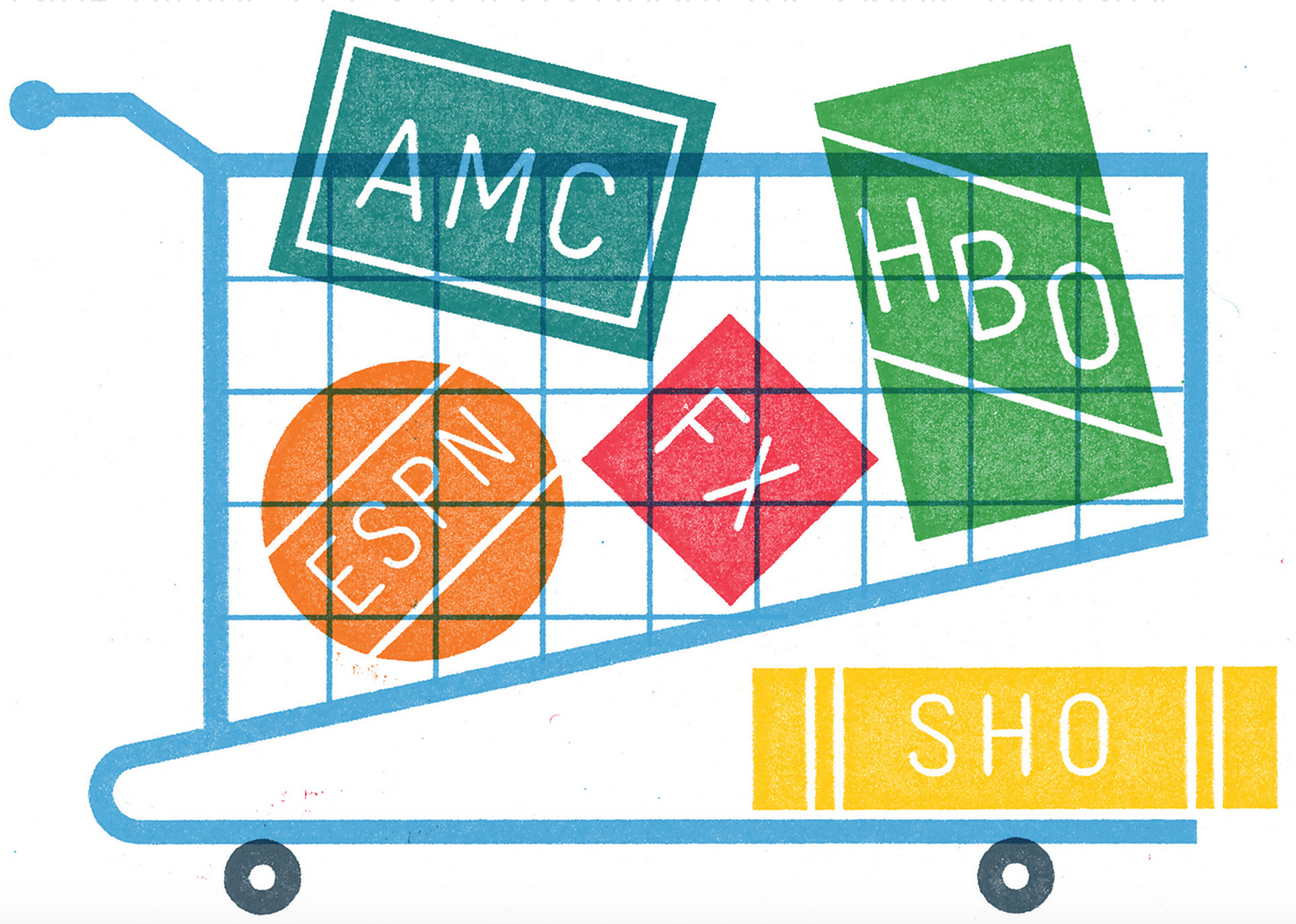 Do you get the full article ahead of time?

You’re lucky if you get the full story. Usually it’s a couple sentences and you start sketching from there. You’re trying to narrow down that idea to a single engaging image. I want the illustration to spark an idea or a different way of looking at the article.

What advice do you have for distilling an article into an image?

I come at illustration as a designer where I’m trying to do as little illustration as possible in a way. The simpler my concept, the better. But brainstorming the idea for an image is my favorite part of the process. Apart from actually illustrating it, thinking of the ideas really gets me excited about working.

What’s an example of a time when it was really difficult to illustrate an idea?

I had some articles from the Stanford Social Innovation Review this week and the articles were so dense I had to unpack them just to find that nugget of an idea. It took me two days to just do sketches. It was about philanthropy and was really abstract.

What does an average illustrator make?

A spot illustration could be a couple hundred dollars. A cover could be $3,000 to $4,000. You always know what a page is worth and people keep it around the same price.

What analog and digital tools do you use?

I use a lot of Adobe Illustrator and do a lot of the texture making outside of the computer which is a weird process for making textures that look more organic. I then scan them in. It feels more authentic than just using a Photoshop effect. But anytime I start a project it’s with pencil sketches.