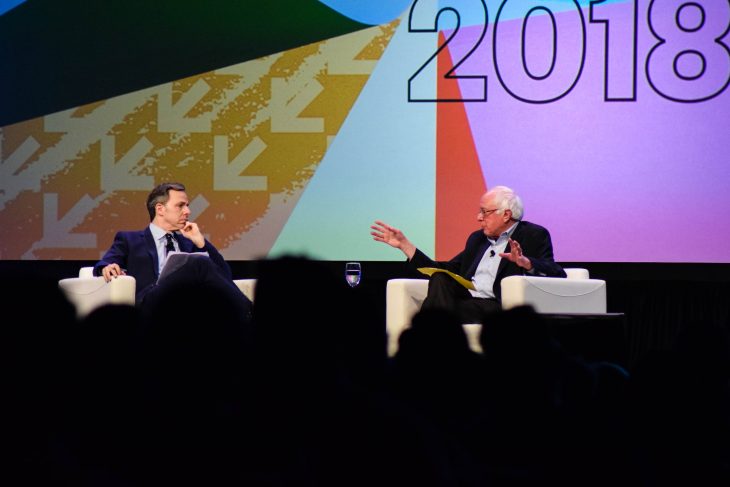 In a sit-down interview with CNN reporter Jake Tapper, Senator Bernie Sanders of Vermont spoke about economic and social issues at the forefront of national politics including immigration reform, gun legislation, education, the current state of the American electorate, and why political involvement from all citizens is crucial going forward.

“A lot of what TV is about is… sensationalism. And we don’t talk about the most important issues facing the working people of this country,” Sanders said to the at-capacity ballroom, referring to living with an incredibly fast-pace news cycle where eye-grabbing headlines tend to drown out more difficult, contentious subjects.

“The collapse of the American middle class, income and wealth inequality, the movement of this country toward oligarchy, the fact that we have a handful of billionaires like the Koch brothers who are undermining American democracy and trying to buy elections – those issues, often, we talk don’t about on television and I want to do that today,” he said.

Sanders criticized the influence and position of power that money holds in politics, railing against Wall Street lobbying and campaign donations as well as the deregulation of large financial institutions. He stated his opposition to the banking bill – legislation that would loosen regulations enacted after the 2008 financial crisis through the Dodd-Frank Act – that recently passed the Senate.

The conversation moved on to gun control. Sanders rebuked the inaction in the Senate on legislative reform which, he contended, is tied to the metaphorical megaphone held by the NRA.

This is, Sanders noted, in spite of a majority of Americans who are supportive of certain gun control measures, including expanding background checks, closing the gun-show loophole and so-called straw purchases, and an increasing desire for an assault weapons ban.

Tapper next shifted conversation to the DACA program and a possible deal proposed by Donald Trump which could open the door for legal status and potential citizenship for 1.8 million eligible people. The deal would also include funding for a border wall and drastic restrictions to legal immigration.

“I am deeply concerned about what will happen to these young people who are now in the process of beginning to face the possibility of deportation, which would be a moral, moral outrage,” Sanders said, noting Trump’s inflammatory rhetoric regarding undocumented individuals. “We’re gonna work as hard as we can to fight for comprehensive immigration reform, for a path towards citizenship for the undocumented, and certainly as quickly as we can.”

“The truth is the American people are, by and large, not divided.”

Again, Sanders pointed out, this is another area where a large percentage of Americans are on the same page – a majority of the country supports legal protections for DACA recipients, yet it continues to be a sticking point.

“I think the average American is disgusted with the current political process,” Sanders said, adding that there are many issues out there which affect millions lives in this country –including healthcare, costs of prescription drugs, and student debt – that are not being talked about.

“On issue after issue, whether it is the need for immigration reform, or banking reform, or gun violence issues, the truth is the American people are, by and large, not divided. The truth is that on many of the major economic issues and social issues facing the country most Americans stand together,” he said.

Sanders said, right now, he is focused on advocating for a priority he has supported since his 2016 run for the presidency: transforming American politics.

“I am not a great fan of looking back,” he said, resurfacing his call for a political revolution. This involves a significant increase in voter turnout, more people running for office, more people getting involved with political campaigns, and campaign reform, in itself. “We as a nation have go to do everything that we can to fight anybody… who is trying to divide us up. We are strongest when we stand together, when we fight for working families, when we fight for an agenda that works for all of us, not just the people on top.” 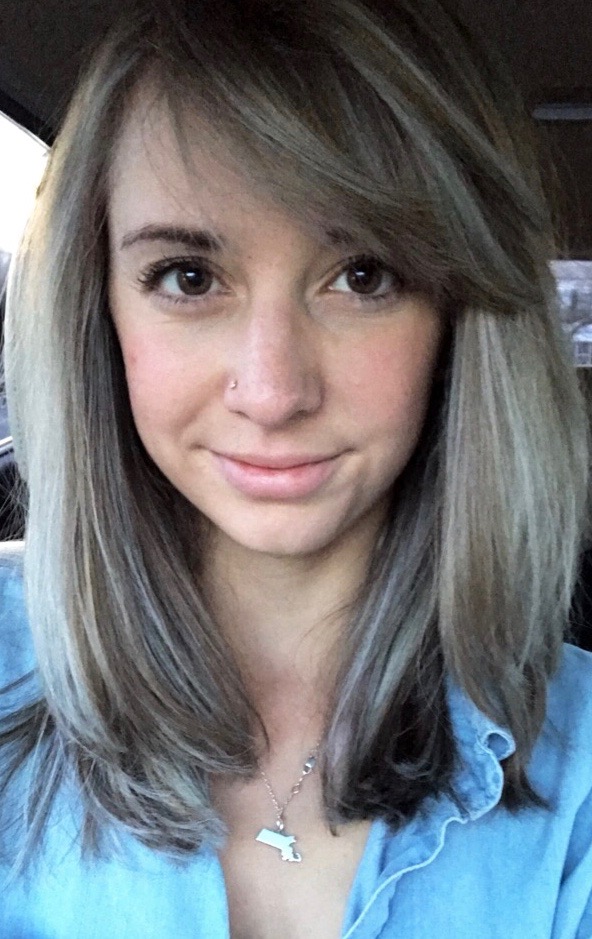