By 2050, it is expected that two-thirds of the global population will live in cities. By then, the “smart city” market is meant to triple, meaning that more and more of our world and living environment will be connected through data and technology.

These days, the likelihood that these efforts are being funded by private corporations has increased tremendously. The 2008 financial crisis gave a new sense of power and responsibility to private equity companies as cities and towns struggled to pay for basic services for their citizens like ambulances and public infrastructure. This shift happened with relatively little criticism and scrutiny, but as modern brands grow larger and more all-encompassing, the effects feel much more apparent.

At SXSW’s Cities Summit, Trevor Hardy of The Future Laboratory posed an important series of questions to his audience of policy-makers, scholars, and urban designers: Are we moving towards a branded utopia or a commercial dystopia? How can we keep the cities that we live in from being run like corporations, and instead shift them to run more like the communities that they were built for? In his talk, Hardy proposed three scenarios: the preferred city, the probable city and the potential city.

Thus far, the evolution of cities has been largely led by municipalities working with technology companies such as Samsung and Google to upgrade their technical infrastructure. These companies are particularly well-positioned to implement technology upgrades, because they do everything ranging from data collection to analytics, to creating products using the data they’ve acquired. Because of this, it is easy to envision a future where cities may be asking companies to take over divisions of their operations. It would be unsurprising if Citymapper was given responsibility of a city’s public transportation information and wayfinding – companies like Citi Bike and Hubway have already taken over entire bike-sharing networks in cities like New York and Boston.

“There is reason to believe that in the future, cities will be able to respond to their citizens.”

Cities will increasingly ask their residents about their opinions of the companies that run their systems and their experiences utilizing these systems. Their participation levels and influence will depend entirely on the balance of power between the corporations and the city. According to the Edelman Trust Barometer survey, only 22 percent of respondents in the United States thought that business was the institution most likely to lead us to a better future. Only 15 percent thought the same of government. And 64 percent of respondents said that CEO’s at companies should take the lead on change rather than waiting for the government to implement new policies.

If cities continued this way, there is reason to believe that in the future, cities will be able to respond to their citizens. Zoning would become dynamic, with regulations based on shifting data that would update in real-time. Transport routes would get smarter, with better anticipation for situations like rush hour. Consumers would wake up in a city that reacts to them, and constantly optimizing itself in accordance with their needs.

A recent survey by the Economist Intelligence Unit found that citizens of metropolises were surprisingly willing to share their information and data – indicating that they may not entirely realize the trade-offs of releasing that information to the private sector. In Asia, only 25 percent of survey respondents were familiar with the term “smart city,” but 78 percent expected their city to be smart in five years. The development of technology appears to be occurring at a rate that the common citizen cannot even begin to comprehend, spelling trouble for the rest of us.

Although companies like Google claim to be innovating for the general good (an example is their Sidewalk Labs project, an ‘urban innovation platform’ that will be ‘the world’s first neighborhood built from the internet up,’ tracking quality-of-life metrics such as walkability and time saved commuting), it is easy to see how the data they collect can be used to give Google an incredibly specific business advantage for themselves. In the future, they could look to make a profit off of this data – either by selling it to other companies, or using the data for their own benefit. City dwellers of the future will have to ask themselves whether or not these impositions by companies are the right price to pay for the overall increase in convenience and innovation that companies propose, or if a considerably more stagnant, but much more private experience is what they prefer.

But what happens to us when the brands win over the citizens? We’re not quite there yet – corporations don’t entirely have control over us. However, if the democracy isn’t built into the system that is being established from the start, it will be difficult to realign the power. This raises a possibility of the branded city turning into a beast that increases the prevalence of a socio-economic divide: if the only way that citizens can control their environment is to pay for better access or services, economic segregation will skyrocket. The technology industry has directly impacted San Francisco’s economic segregation, increasing it by 50% in the past 20 years. As automation and robotics make a larger dent in the workforce, inequality will only increase.

However, there are ways for brands and companies to engage meaningfully at a civic level. Startups like Flare in Nairobi, which provides an Uber-style service to link patients, ambulances and hospitals, has succeeded in a city of 4.2 million that is still without a centralized ambulance service. In Boston, Luigi was created to collect data from city sewers, which could help manage an epidemic or identify a location of illegal drug use.

It’s not just companies who are attempting to create products to civically engage their citizens – in China, a Social Credit System has been introduced by the government, which aims to rate the trustworthiness of the country’s 1.3 billion residents. It does this by analyzing your data: your spending habits, the community service that you log, who you associate with social media – and generates a rating that could play a role in your access to credit funding, or restaurants that you are allowed to make a reservation at.  In this scenario, companies and the government are always toeing a line between generating profit and creating money-making opportunities, and exploiting citizens’ data for what is being perceived as public accountability.

Where are we headed?

“There is no logic that can be superimposed on the city. People make it; and it is to them; not buildings, that we must fit our plans.”

It’s undeniable that we are hurtling towards a world where brands and agencies will play an increasingly important role in the formation and operation of urban spaces where most of the world will soon reside. There are indisputable advantages to allowing corporations to streamline and supplement services to make our lives easier and more organized – but unfortunately, businesses will always demand the ability to receive a return on their investment, whether that is our personal data or a transactional value. Unless we protect ourselves from exploitation of our civil liberties, the branded city of the future’s success metrics will differ substantially from what its residents want – and it is crucial that brands, governments and citizens come together to discuss these visions before they skew grossly in the favor of one party. Jane Jacobs, a legendary champion of the community-based approach to urban planning, said it best: “There is no logic that can be superimposed on the city. People make it; and it is to them; not buildings, that we must fit our plans.” 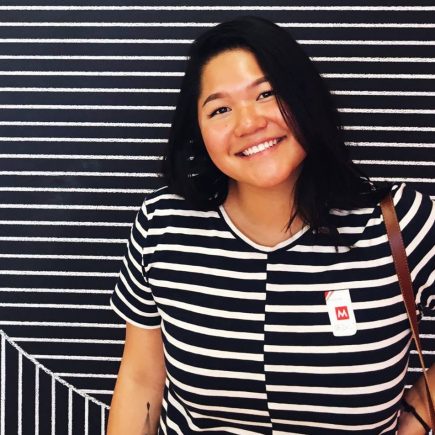 Adela Locsin
Adela is an architecture and design student at Northeastern University.