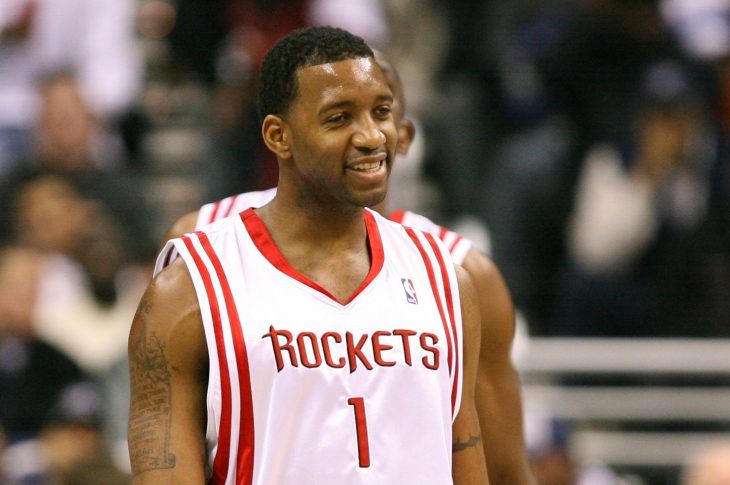 If you’re writing an article about entertainment, athletics or even politics, your professors have probably told you, “In a perfect world, you’d talk to them.” Them being Jimmy Fallon, LeBron James, Barack Obama or any other high-profile person. If the stories are about them, getting their voice into the article brings it to a level that couldn’t be reached no matter how many other sources you get.

But how realistic is that? To be blunt: it’s not. But this is the situation I found myself in when I pitched my final story last semester for POV: The Art and Craft of Opinion Journalism. I was going to write about retired NBA star Tracy McGrady and why I thought he deserved the Hall of Fame induction he had received seven months prior.

“What if you talked to Tracy McGrady?” asked my professor, Dan Kennedy, certainly not expecting me to succeed but conveying it couldn’t hurt to try. I didn’t plan on trying. There’s no way he’d talk to a student journalist, and there’s no way I could contact him in the first place.

I sat at my computer watching McGrady’s NBA Hall of Fame speech. I hadn’t watched it in months, but a story he told had stuck with me. He spoke about hesitating to admit that he was worthy of the honor, and his wife telling him to look in a mirror and say he deserved to be a Hall of Famer.

That realization was going to be the basis of my article. It’s way too easy to focus on what you don’t have and what you didn’t do, McGrady said in the speech. You can have a Hall of Fame career without achieving what the all-time greats achieved.

McGrady started to thank everyone in his life, at one point thanking his assistant of 20 years.

Hold on. If there was one way I’d get to talk to Tracy, it would be through his assistant.

I didn’t know how to spell her name, but I typed what I thought it sounded like into Google, followed by “Tracy McGrady.”

Sure enough, an article came up from the New York Daily News about McGrady’s charitable efforts in Darfur in 2008. Her name was Elissa Grabow.

Next I went to LinkedIn, where there was only one person by that name. It had to be her. I saw she ran a camp, so I went to Google again, searching for the camp’s website.

There was a contact section on the site, and there was her email address. I told her who I was, that I was a huge Tracy McGrady fan, and I asked if there was any way I could talk to him for the article. Two days later she replied. “Tracy is happy to connect with you,” Grabow said.

What? Complete shock. I was shocked, Dan was shocked, the class was shocked. But no interview had happened yet. I had a fear of my friends saying, “Remember that time you almost talked to Tracy McGrady? That would have been great.”

I kept reaching out to Grabow every couple of days. Whether it was through email or over the phone, I kept making sure the interview was still happening. The clock was ticking. I handed in a rough draft of the article without McGrady, still hoping I’d have him for the final version.

Two weeks after I sent that first email to Grabow, I got a call. She asked if I was ready.

“You’re on with Tracy,” said Grabow. I had no time to question how I got to that moment or how unbelievably cool it was getting to talk to my childhood hero. What followed was a 16-minute-and-change conversation I’ll never forget. McGrady was so casual and easy-going. I could have talked to him for hours.

As I said earlier, I don’t think it’s realistic to think you’ll talk to the celebrities you write about. But I’m also here to tell you it happens, and I’m grateful for that. Just don’t relax when you get the yes. People forget, so keep checking in until you hear their voice or they’re sitting across from you. And if they happen to be your favorite athlete from your favorite sport, just try to compose yourself. I like to think I did.