What takes a film from good to great? Often the technique and brilliance of those working behind the scenes of a film get overshadowed by the plot of a film itself. However, these elements do not go unnoticed by all, and especially not by those who have a passion for the technical side of filmmaking.

Meet “Spikima” of Spikima Movies: A YouTube creator who focuses on film technique within his analysis of films. Created in October of 2019, Spikima Movies has analyzed a variety of films and why they work so well for audiences. Just a few of his recent titles include: “Cure | Creating The Scariest Non-Horror Film,” “David Lynch – How To Do A Jumpscare,” and “The Effective Scoring of Requiem for a Dream.”

Storybench spoke with Spikima to explore how he got his start analyzing films, and what sets his videos apart from other film channels on YouTube.

I noticed that a lot of content on your YouTube Channel, while not all, is horror. What made you decide to focus on and specifically analyze that genre?

I’m open to doing videos on other films, especially those that are not too well known. That was my initial intention of starting the channel anyway, to introduce lesser known quality films, but to do that I need an audience and to build that audience, I needed to maneuver my way towards the horror genre a little bit more than other genres, so that people will keep coming back.

You brought up wanting to introduce movies that you feel like people haven’t seen a lot before. Where do you find new movies that you decide to focus on? And then what distinguishes the difference between a movie you just enjoy as a viewer and one you would want to analyze for your channel?

There is a tendency for people to be biased towards a certain niche, depending on how they identify themselves. I’ve seen some critics swearing by arthouse films as the most reliable form of cinema, and I’ve seen others simply hating a genre film for its conventional approaches.

But I don’t think that’s a healthy way to enjoy cinema as an art form; I personally enjoy all types of films and can appreciate them for what they are. I just tend to lean towards more – quote on quote – difficult films exclusively when making a video because I find them easier to analyze; they tend to be clearer in their cinematic techniques, and many of them are created in the first place to have those elements shine in the foreground. Compare that to, say, an MCU film – I love them for what they are, but I would have a really hard time dissecting them simply because the aforementioned elements are not what the film wishes to present overtly to the audience.

This applies to the viewers as well; when the technique I’m explaining is clearly visible, it just becomes easier to understand the explanation, especially to those not familiar with film grammar.

I noticed that with a lot of your videos, you focus on one aspect of whatever movie you’re analyzing, whether it be visuals or sound design or symbols. Is there ever a moment when you’re watching a film that you’re like: This is the thing I’m going to pick out? Or do you go back after and decide what to analyze for your video?

Oh, that depends. I think it’s both sometimes. For my David Lynch video, I knew from the start what I wanted to do, and i didn’t even have to rewatch the film. It’s such an infamous scene and one that is packed with information that I didn’t have to touch on other parts of the film. On the other hand, if you look at my recent videos on The Wailing or Requiem for a Dream, I explore other parts of the film and then bring myself back to a specific scene or an argument.

Better yet, at other times, I get suggestions from the comment sections, or from the community post I make, in which case, I watch the film multiple times to discover what potentially could be an interesting topic to focus my video on.

And by the way, choosing ‘a scene’ isn’t a necessity; I just feel like it’s easier for me and the audience alike to have an anchor point, so that the video doesn’t seem too overwhelming (which it certainly can be at times, even for me).

In your video about the movie Hereditary, you compare scenes from the movie to their counterparts in the screenplay. How did the creation process for that specific video begin?

I think I just began reading the screenplay without much thought, because I knew I wanted to make a video on Hereditary and didn’t know exactly where to anchor myself. About a third of the way in, I noticed like, wow, this is really different. So I stopped reading and went back to the first page to compare the entire screenplay with the film, scene by scene. That was a good decision because if I just finished the script first, I would’ve had to return to it again eventually to make the video.

So I started jotting down notes and I just kind of had this document full of all the similarities and  differences, and I had a feeling that I could probably come up with a unifying theme out of this. That part, I guess, is where the analysis comes in.

I prefer the end result, the actual film. But I don’t know. It’s sort of like apples and oranges, because I never saw the script version actually on screen. If you read any film scripts, it’s many times extremely different, since it’s a different type of writing. You start at a different mental state because you haven’t begun shooting the film yet. Even for me, when I write my scripts for my videos, I’m simply writing what I’m going to say. It’s supposed to be read naturally, so it starts from a different point. If someone read my script as an essay, it’d be one of the worst essays in existence. And the same goes with screenplays; I can’t really compare that to the film itself.

That again connects to what I said about the YouTube platform and why creators are kind of bound to creating similar contents.

Many people view video essays as a summary of the film, or an in depth analysis of a specific technique, or even a specific scene, and some have this concept of video essays being a copy of itself: everyone using the same music, talking about the same concept. I can’t say I disagree completely, but I try my best not to fall into that trap. Of course, some conventions are inevitable, and I don’t think it’s wrong to have certain cliché traits – it’s part of the fun.

Regardless, there was that pressure, and I knew that there are already tons of excellent videos on Hereditary by many different creators, discussing the hidden meanings or symbols and whatnot. So I wanted to avoid talking about already discussed topics, and reading the screenplay, I realized that not many people were out there examining the importance of everything that comes before the shooting – the pre-production, the writing, the creative endeavor. So I wanted to be the one to introduce and maybe remind the audience of the existence of this stage, especially since Ari Aster, the director, was the one who wrote the script as well.

It’s fascinating to see how the director’s mind evolves over time, and how writing something and actually shooting it is a vastly different process. Both coexist and transform the story in an uncontrolled manner, sometimes out of the creator’s hand. Although I was kind of pushing significance into everything that I was talking about in terms of the difference between the script and the video, the main goal in my head was to explore this hidden side of creation with the viewers. 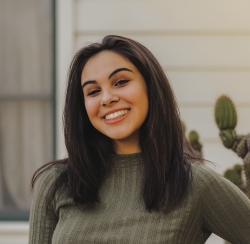