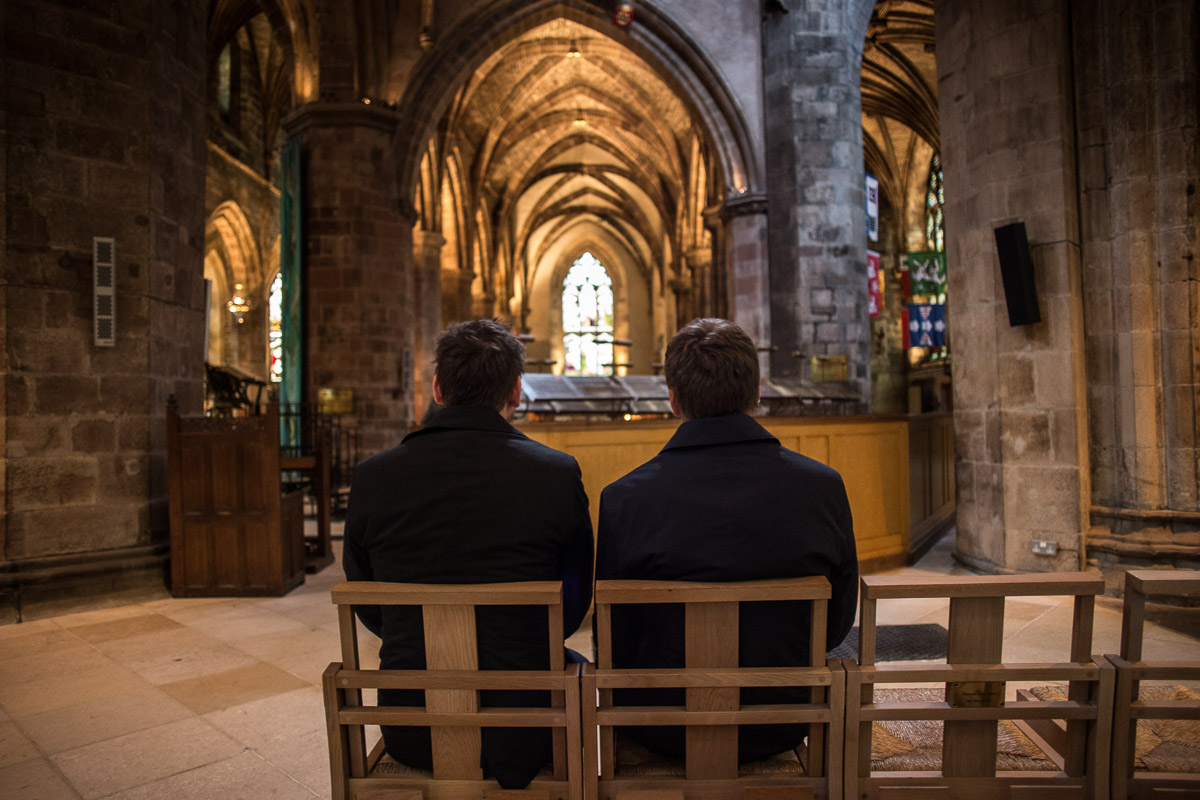 In 2013, Tomas Halasz, a freelance photojournalist in Bratislava, got together with three other Slovak journalists to try to build an online platform to explore the kind of digital storytelling techniques they were inspired by in outlets like the The New York Times. The new digital magazine they have created is a rarity in Slovakia, a country still emerging from its communist past and one that has a powerful oligarchy that is buying up media companies.

Kicking in 300 euros each, Halasz and his colleagues founded MONO, a digital magazine that publishes long-form investigative pieces paired with full-screen photography.

Slovakia lacks digital-only, reader-friendly sites like MONO magazine. That’s why MONO magazine quickly caught the eye of top newspaper editors. Inspired by the kind of partnerships struck up by ProPublica with large U.S. newspapers, MONO has managed to syndicate several stories to SME Daily and Nový Čas, two of the country’s most popular news outlets.

“We want to show the editors and publishers that they can do something like this as well,” says Halasz, who has worked as a photo editor for Pravda newspaper and as a photojournalist for the Czech news agency CTK and Slovakia’s national news agency, TASR. “If you show Snow Fall to an editor in Slovakia, they say ‘Well, that’s The New York Times.’ We’re trying to show them how it can be done.”

Halasz gave Storybench an overview of how MONO magazine works.

Working on a budget

Halasz is a freelancer and his co-founders all have day jobs at Slovak newspapers like SME, the country’s leading daily newspaper. That means MONO only publishes about once a month. It operates on a shoestring budget because the only people getting paid are the writers and they are only given a small honorarium. MONO doesn’t pay its editors and the founders have yet to recoup startup costs. Overhead costs are low, too. The web design, which includes reusable templates to feature full-screen photography and parallax scrolling, only cost the team around 200 Euros.

One hurdle to publishing a magazine in a country like Slovakia is finding good writers. It’s difficult, explains Halasz. “Freelancing is generally non-existent here because the fees are so low,” says Halasz. Freelance writers are paid on the order of US$50 for a two-page feature in a newspaper, he says. And that’s before 30 to 40 percent is taken out in taxes. The average annual wage in Slovakia is less than $1,000 a month, according to the Organization for Economic Cooperation and Development (OECD).

The dearth of freelance journalists means Halasz has turned to Slovak journalism schools to recruit writers and photographers. MONO provides training and industry connections in exchange for hard work. Stories like Stanislav Harkotová’s on urban beekeeping take months of reporting and working closely with MONO editors. Martin Červenanský, a photography student, worked an entire summer under Halasz’s supervision to get the shots MONO wanted.

“I’m really hard on them,” says Halasz. “And the photography improved.”

Červenanský, the photographer, is now freelancing in London. Halasz calls MONO a hub and a lab because of the experimental nature of their workflow. Still, they’ve been able to cover some very interesting issues that other outlets won’t.

Shining light on the under-covered

Besides helping pioneer fresh digital new design in Slovakia, MONO’s mission is to report on issues seldom covered in the region. For example, in February, when Slovakia held a referendum about gay rights, MONO magazine decided to publish a piece because they felt the issue was not being covered thoroughly.

“There were no personal stories in the coverage,” explains Halasz. “Many people were seeing pictures of gay people for the first time.” The story, about two young Slovak men who traveled to the UK to get married, ran under the headline Father. Forgive me, for I have sinned. I love a man.  “Slovakia is still not ready for openness and honesty [about gay marriage],” says Denis Bosnić, the writer of the piece.

MONO’s most successful investigative piece looked at an information war being waged in Slovakia’s online forums. “It was about online commenters that have fake Facebook profiles that are commenting on behalf of Slovak political parties,” explains Halasz. The piece was picked up by SME.

MONO magazine publishes its stories for free. But that goes against the current of the country’s media. Slovak newspapers are probably best known for the paywalls they erected simultaneously three years ago. Piano Media, which was started in Bratislava in 2011, made news in the journalism world when it signed nine Slovak media publishers to try what cable television companies do around the world: charge readers a flat monthly fee for access to a broad range of channels, or in this case, online Slovak news outlets. So far it’s been successful and is expanding into Slovenia with interest from other European countries.

MONO magazine hasn’t erected a paywall, but it does offer a MONO club package, where subscribers pay 39 euros a year to support the magazine and to receive a biweekly newsletter. Halasz wants to build this community by holding events and offering discounts on books.

“We don’t have enough resources to go after those ideas,” he says. “The donation market is really small here.” To expand its coverage and publication frequency, MONO magazine hopes to fundraise from places like the Open Society Foundation, which works to help countries transition from communism. But while MONO remains a labor of love, Halasz and his colleagues are enjoying the freedoms of having a platform with which to experiment and innovate.

And now other news projects are beginning to join MONO in the digital space in Slovakia. Several editors recently left SME to start Projekt N, a website and print news service.

One thought on “A digital long-form experiment in Slovakia”