Northeastern University professor Mauro Martino is one of the minds behind IBM’s Watson News Explorer, a dashboard that allows users to explore the themes surfacing across the news ecosystem. Martino spoke last week at NUVis, Northeastern’s Visualization Consortium seminar series, about his work with artificial intelligence — or machine learning, as he prefers to call it — and visualization as a path to “accelerate human knowledge.”

An award-winning design artist and director at the Cognitive Visualization Lab at IBM, Martino shared many insights on how journalists and other professionals can offer more meaningful storytelling by marrying data visualization and artificial intelligence. Below, a few takeaways from Martino’s talk.

AI is a friend and research tool

Martino’s research focuses on how information technology relates to exploration and the dissemination of knowledge. Through artificial intelligence and data visualization, he believes people can expand the reality in front of them with complex classification and connections that emerge from computer analysis.

“If you ask the machine to read books with you,” explains Martino, “you can identify different types of topics, styles and language used, and the emotion that emerges and even understand which one is your favorite.”

According to Martino, even scientists and specialists could benefit from AI. “Nobody should be scared of what machine learning and deep learning technology can do,” he says.

AI is a commodity

As one of the leading researchers and designers in the world of artificial intelligence data visualization, Martino recognizes the power of the tools the field has been producing. At the Cognitive Visualization Lab, he and his peers work to expand AI’s impact worldwide in fields including journalism but stretching as far as medicine.

“This is a multiple-step process and it pushes people to analyze and start a dialogue with the machine,” he says. “AI is a commodity. It creates a partnership between the people and computers, and accelerates human knowledge and expertise.”

AI is data viz in real-time

Showcasing some of his recent projects, such as the soon-to-be-launched IBM Watson interface, Martino explained that this kind of work can be an asset for decision-making, exploration and discovery.

“When we are working, this technology can help us in real-time to make the best decisions,” he says. “It can present us with different interpretations of the reality, create predictions, and make some synthesis of information.”

Martino also says he must make sure the visualizations are simple enough for all users to comprehend.

“When there are many levels of information—news, entities, people, locations—they should be in different layers. This makes it easier for understanding the connections between them,” he explains.

After years researching the field, Martino has concluded that the complexity of artificial intelligence needs to be reduced by visualization into something simple enough, yet striking to the audience.

“We need to transfer all these interpretations [made by machines] into something that has a meaning,” he says. Martino emphasized how the tools should be used while always envisioning the user’s experience, citing the commercial applications of AI and data visualization. Martino also used the TED and IBM Watson project as an example of how to create that type of experience. 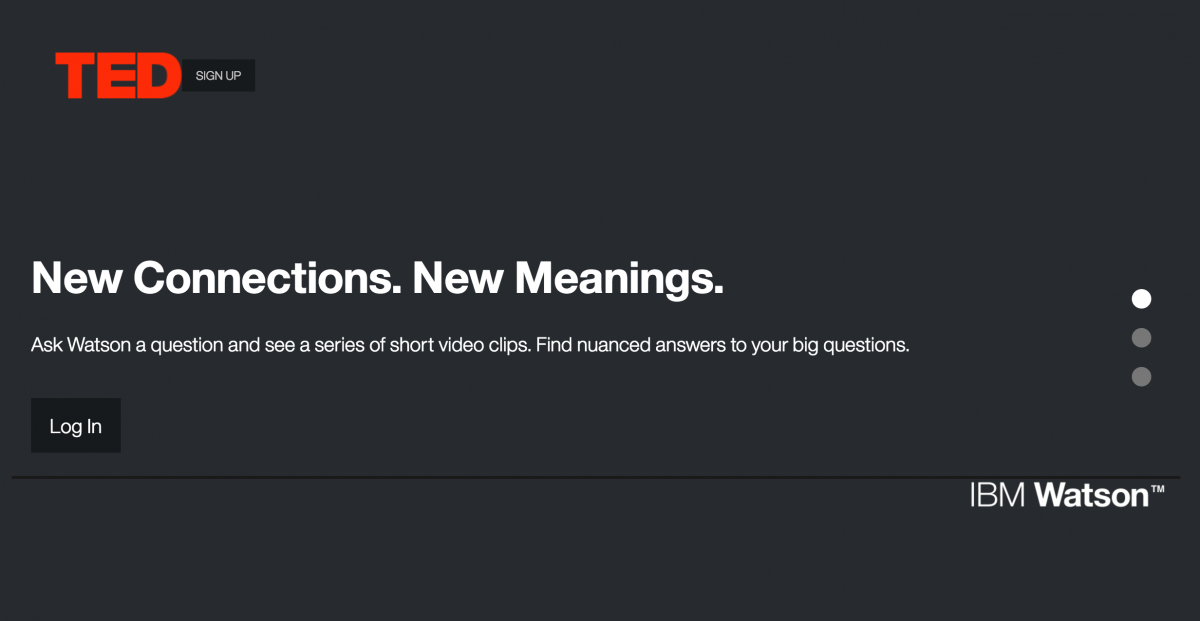