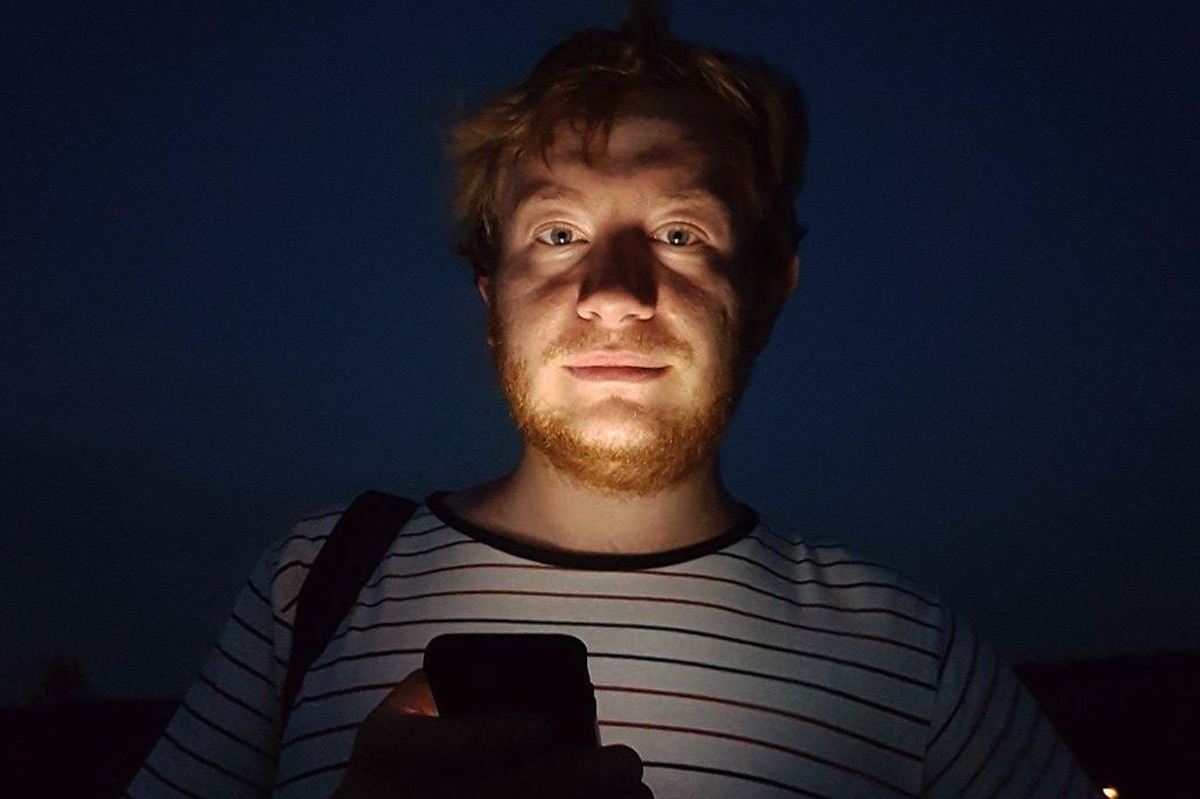 Alexey Furman dreams in 360: An interview with the co-founder of Ukraine’s New Cave Media

Alexey Furman is a Ukrainian freelance photojournalist, co-founder of New Cave Media and an alum of the Missouri School of Journalism. He has won awards for his work documenting Ukraine’s Euromaidan revolution, Russia’s annexation of Crimea and the war in East Ukraine and recently received a Journalism 360 Challenge grant from Google News Lab, the Knight Foundation and the Online News Association.

Furman’s startup, New Cave Media, is an immersive storytelling studio that produces 360-degree and virtual reality projects for clients worldwide such as Motorola Ukraine, Array Technologies Inc., Business Wisdom Summit and The New York Times . We chatted with Furman about his work with 360 video.

What drew you to 360 immersive media in the first place?

Well, I was studying at Mizzou for grad school when I was one of the 1 million people that got a Google Cardboard from the New York Times in November of 2015. This was my first experience with 360 video and immersive content. It was pretty awesome and I was overwhelmed – I was running around the house, showing all of my roommates.

They only had one movie when Cardboard came out and one of the chapters of the movie was shot in Ukraine so I saw that there was a possibility to do immersive content about conflict. So, when I got back to Ukraine and a friend of mine who studied at a Danish school of journalism said he was also interested in immersive storytelling we started putting together a team and won our first grant, and shot our first movie, and so it goes. 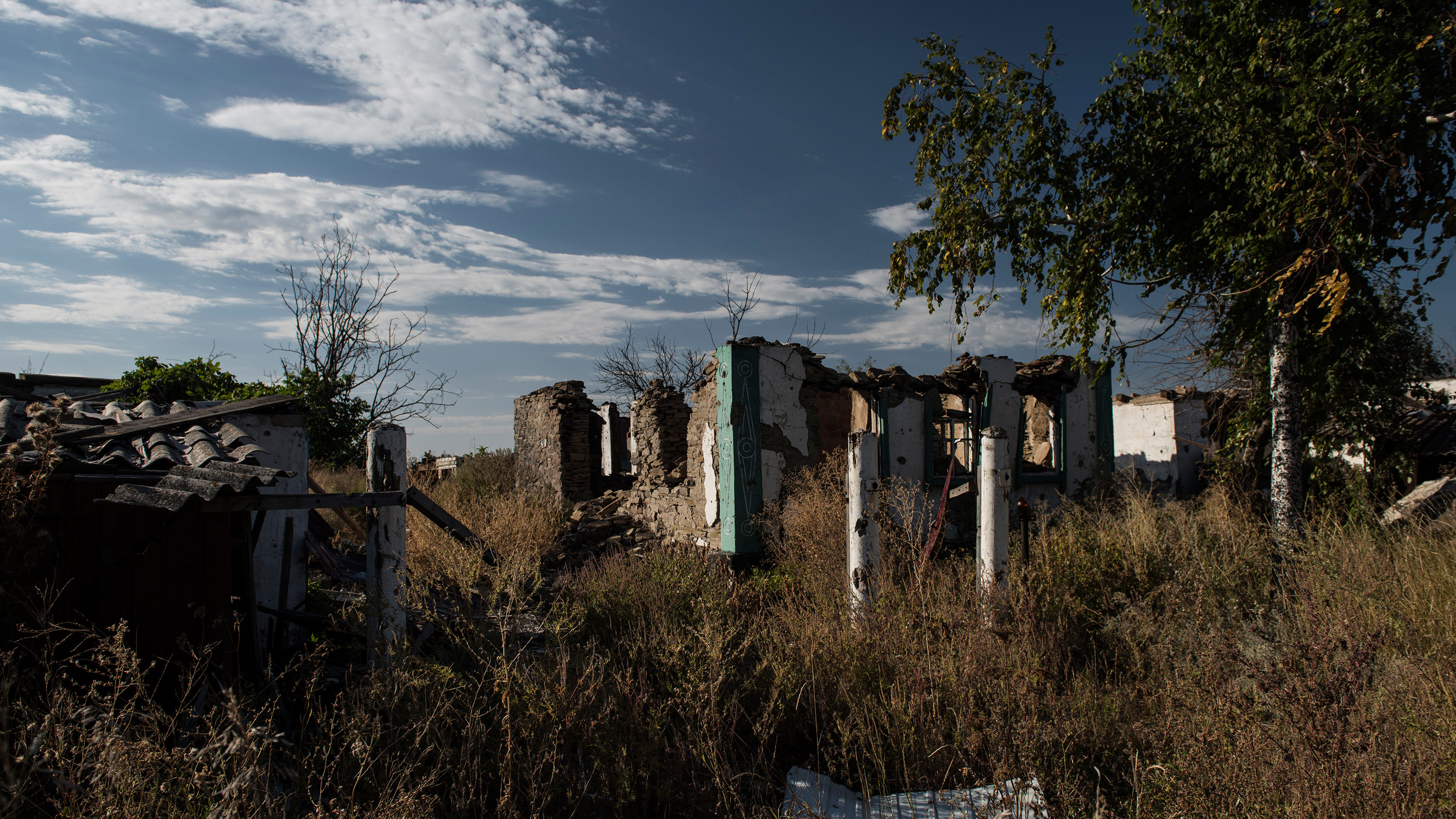 What benefits are there to immersive media versus traditional journalism?

The great thing about immersive storytelling is that, the viewer that will being seeing the experience in VR goggles will be able to look around himself or herself and see everything going on and especially when viewed in VR goggles the story has this new level of empathy that I think visual storytellers have been dreaming about for a long period of time. You literally feel that you are close to the person who was being filmed. For our first short web documentary we filmed a man who had cerebral palsy that had to leave his home town because of the war. He was helping other people escape the country too and he worked as a driver- with the 360 video you can feel him, spend time with him, etc.

It also doesn’t have to be emotionally heavy content, it can be something fun and easy. We did a video about an air balloon festival and it is one of our most popular videos because people they put on the VR headset and they are having fun- they are flying and watching beautiful air balloons and it’s fun to watch. It is very close to having the physical emotion of something, like jumping or feeling something physically. It is really different from watching content on a 2D screen.

The national and international audiences are being overwhelmed with the amount of imagery just coming out from the journalism world. So, there is this desire to experiment with visual storytelling and do something that would capture the viewer’s attention through being innovative. 360 video helps tell these old stories in a new way. There are a lot of stories that are being told from year to year, like Thanksgiving and Christmas and Independence Day celebrations- there are stories that happen every year and every year the stories seem to have the same coverage, but now we have the ability to tell these stories in a new way and I think that is very cool.

What are some of the challenges?

There are many, but one of the challenges is that you don’t see what you are filming – especially if it is something like a 7 Go-pro rigged device. Tt is filming something and then coming back to the scene after 5-10 minutes, thinking do we have the scene do we not have the scene? When you are doing 360, especially when using multiple Go-Pros, you have to stitch everything together in post-production. So, post production, especially if you are using older cameras is sort of slow and really difficult to use 360 storytelling, 350 videos for news because it takes some time to stitch the footage and edit the footage, so rarely newsrooms use 360 for breaking news, it is really difficult. You can live stream with 360 on your phone but if you want high quality 360 video immediately it is almost impossible.

Navigating viewers’ attention is also difficult because you never know where the viewer will be looking in any given frame because someone could be attracted to the beautiful snow on the ground or the beautiful sky, so you have to be the viewer and think where he or she will being looking at in each frame and then you have to edit in a specific manner where you make a prediction on where the viewer will be looking in the next frame and then re-center the frame according.

The need for special hardware, expensive cameras and fast computers, the quality of VR headsets are not great, which is another downside. There is still this problem with believing when you see pixels in a headset you know that this is not reality. You still know that this is still a video. What technology do you use?

We had a couple of entry-level cameras – Samsung Gear 360, Nikon Keymission 360 and Ricoh Theta S – before and now we have the newer sort of consumer cameras. We have a Garmin VIRB 360 and for more serious stuff we use a 7-Go-Pro rig, but I think we will be getting a ZipCam X1 very soon because it would just speed up the post production process tremendously.

Is immersive the future of journalism?

It still sort of lies (which is a bit surprising to me) in this experimental space. A lot of companies and some newsrooms we talk to still treat 360 immersive storytelling as this experimental, innovative thing. Though it’s not the future, it is already present. A lot of newsrooms across the world are using it to their own benefit. I don’t think we should be treating it as something too futuristic, it is already there. Cheap cameras are already there. I remember in 2015 there was nothing – there was no content, there were no tools to create it. It was very difficult to create this thing, but now it is so easy. You can buy a cheap Samsung camera, stitch the footage together on your phone and then done, upload it to Facebook.

I think 360 video is important for journalists and documentarians. It’s a very good tool to know how to work with. There is this notion that now we have to do all stories in 360, I do not necessarily support that notion, because it is a great tool, just like still photography and videography are great tools and 3D modeling, infographics and data journalism- they are all great tools but you have to use this tool when most appropriate. There are stories where 360 video works great and there are stories where it doesn’t work great so in a newsroom you have to make this decision but at the same time in the newsroom there has to be someone or a couple of people who know how to use this tool to implement it in storytelling.