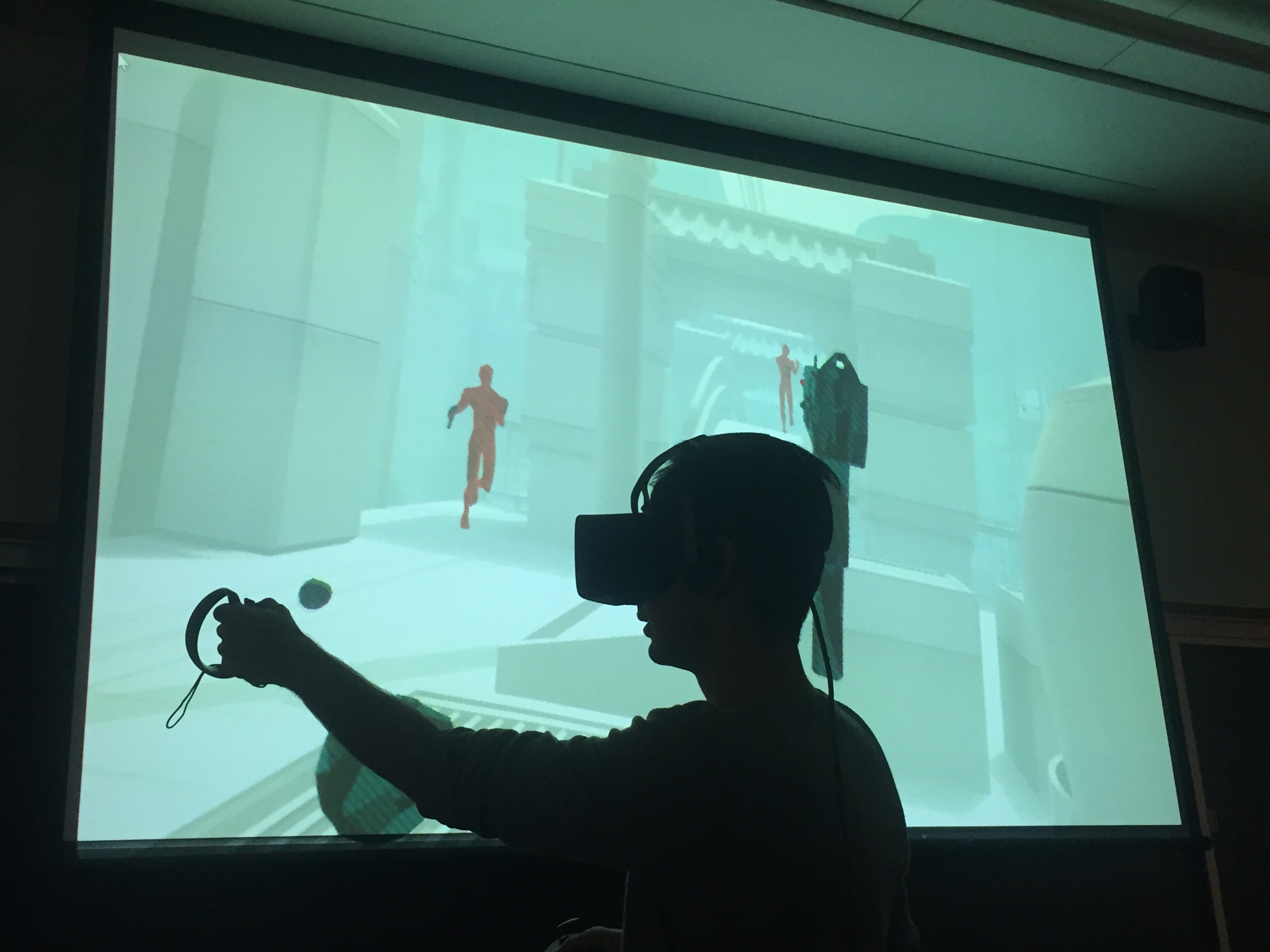 “Nobody has access to VR and AR equipment or if they do it is very hard to get into it,” said Peter Abbondanzo, president of NUVR, a student club at Northeastern exploring augmented and virtual reality technology “The cost of entry alone is what makes this so inaccessible for college students.”

Virtual reality equipment is not cheap. Mid- to lower-end headsets cost between $400 and $500 and the right software and graphics cards to run them easily doubles that. That’s too much for college students, says Abbondanzo.

“You’re looking at spending roughly $2,000 to have the whole set up,” Abbondanzo said.  “A lot of students don’t just have $2,000 to throw at something they aren’t even sure if they want to use.”

Not only is VR and AR equipment expensive, it is not always easy to learn how to use.

“There is a huge barrier into entry on the development side too,” said Taha Vasowalla, NUVR’s former treasurer and now president. “Since the tech is so new, there is not good documentation collected in one place. You have to go all over to get good support or documentation on how to proceed or begin. It takes a lot of reading and it would be nice if there was a place where all of this was done for you and that we could have for people.”

Making virtual and augmented reality experiences accessible to students is why NUVR was founded recently by a curious group of freshman computer science majors that wanted to learn more about the technology. They quickly found out that getting your hands on the equipment wasn’t going to be easy.

Abbondanzo bought the first headset with his own money and the group decided to officially make themselves a club in the fall of 2017. Though still small, with around a dozen dedicated members, the club is already attracting walk-ins looking to try out a VR experience.

“With a meeting of 40 to 50 people it is hectic because we have it in a classroom and we only have two headsets to use. It isn’t ideal, so we want to make sure we have adequate equipment to support everybody.”

The club meets starting this September at Northeastern’s Discovery Lab and is open to anyone interested in VR and AR from, development to simply viewing content. NUVR has been working with Academic Technology Services to help get funding from the school to help them buy more equipment including headsets, computers and 3D cameras.

“We want to have it automated, so that way, whatever direction people want to take it in the future and the original E-board leaves, our vision isn’t destroyed and the club doesn’t fall apart,” Abbondanzo said.