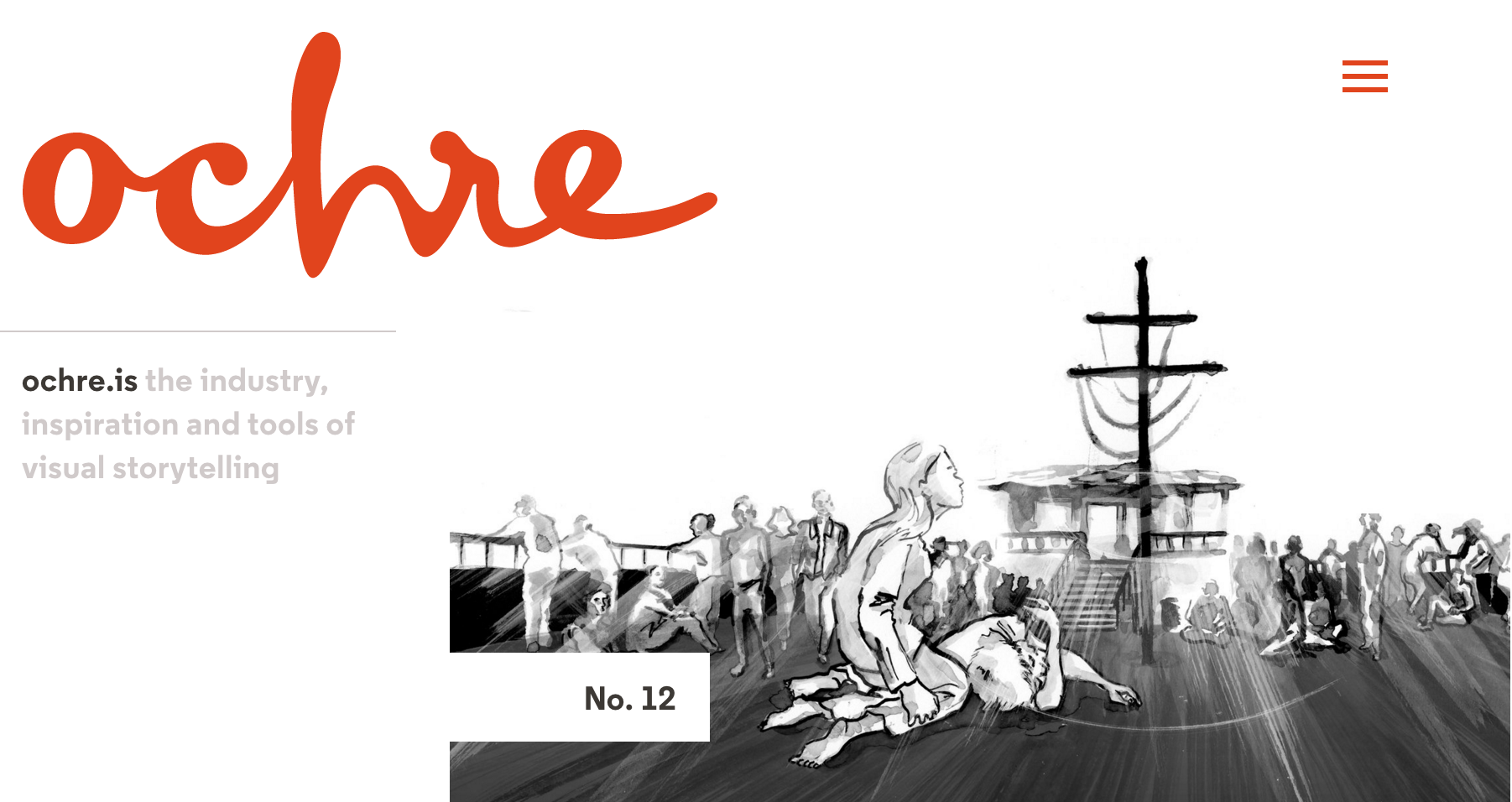 Announcing the launch of Ochre, our longform visual storytelling blog

Ochre’s first story edited by the Media Innovation program is about The Boat, an interactive graphic novel published by SBS Australia that tells the fictional story of Mai, a 16-year-old girl whose desperate parents decide to send her to Australia by boat to save her from conflict. On Ochre, Media Innovation student Yingchi Wei dissects the digital techniques and aesthetics used to create The Boat.

The Media Innovation program and Storybench editors will oversee the production and editing of stories for Ochre, which is designed as a gathering point for reflecting and highlighting the changes in today’s visual storytelling landscape.

Ochre’s mission, as cultivated by Blue Chalk, has been to create a place to ask questions of the industry and to collectively share the search for answers about how it’s evolving.

“It was our intention to create a space for visual journalists to debate their collective future,” says Blue Chalk founder and CEO, Greg Moyer. “It seems only natural to house Ochre at a place where inquiry is a daily event.”

After just nine months of publishing, the artfully crafted site was a Webby Nominee for Websites: Blog – Business alongside Mashable, The Atlantic, Re/Code and the Stanford Graduate School of Business, and an Honoree for Websites / Best Use of Photography.

Ochre takes on questions from issues of aesthetics to possible revenue models for sustaining the creation of innovative visual storytelling. The blog has featured pieces ranging from how non-profits like Human Rights Watch are using videos to help tell and magnify their stories to examinations of the role virtual reality is playing in journalism.

The students and staff at Northeastern’s Media Innovation will now be taking on that challenge by publishing pieces monthly. Blue Chalk will continue to contribute articles on an occasional basis as well.

“The Ochre site is a perfect fit for the Media Innovation program where we are training journalists for the digital age and constantly asking the question: how do we best tell a story? As our students explore and unpack some of the finest visual storytelling out there today through their Ochre pieces, we are excited to pass on what we are learning and what inspires us most,” says Jonathan Kaufman, director of Northeastern’s School of Journalism.