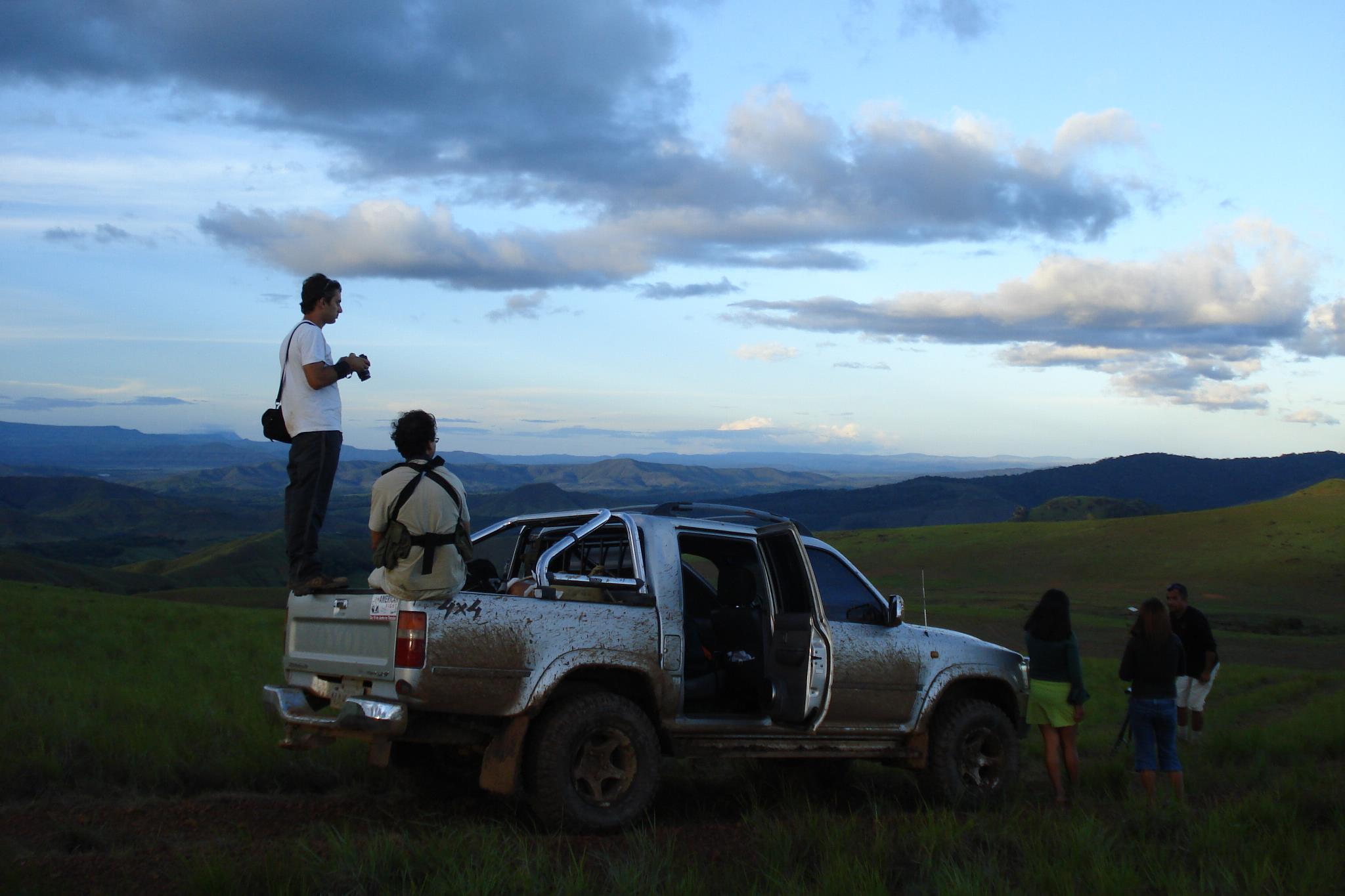 Covering rainforests and beyond, how a Brazilian media start-up is covering the environment

Last year, Thiago Medaglia, a Brazilian journalist and former editor of National Geographic Brazil, teamed up with InfoAmazonia, an environmental news site, to tell the story of the Brazilian government’s failure to curb deforestation in the Amazon.

With a team consisting of an editor, two researchers, one developer, one designer, two video editors, and InfoAmazonia founder Gustavo Faleiros, who served as project manager, Medaglia published a comprehensive and damning look at the limited policies and insufficient spending by the country’s last two administrations to combat Amazon deforestation. The result is Deforestation Policy, or A Política do Desmatamento. 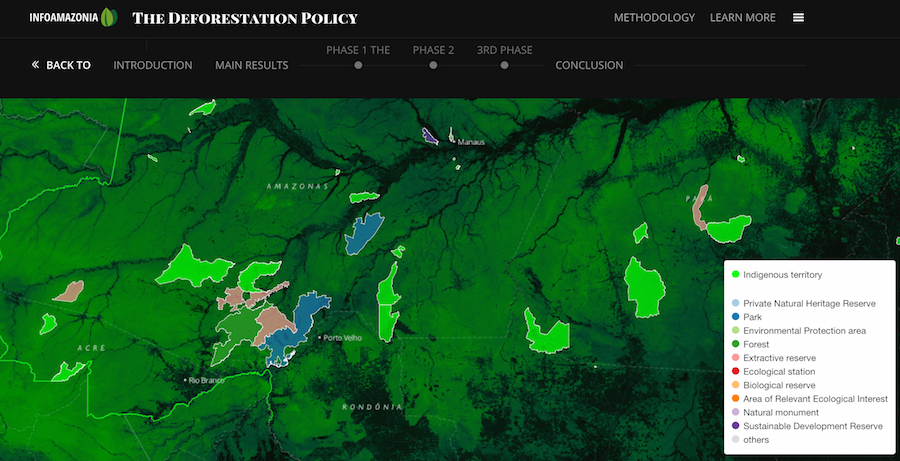 Inspired by the public response to that project, Medaglia decided to launch an environmental news site of his own using the latest digital tools and a deep network of freelancers. Medaglia has just launched Ambiental in beta while pursuing funding and refining his mission as a Tow-Knight fellow at the City University of New York. Storybench spoke with him about fundraising challenges, partnering with scientists, and why Brazil needs better science journalism.

Tell us about yourself

I’m from São José dos Campos but I live in São Paulo. I started writing for National Geographic Brazil in 2008 and became an assistant editor in 2011. In 2014, I started to contribute to the InfoAmazonia project with Gustavo and the team.

Tell us about A Política do Desmatamento. How long did it take to research, write and build?

We kind of translated the data from the government and we showed that Dilma Rousseff cut the budget for fighting deforestation, like enforcing logging laws, by the more 70 percent. We worked on it for six months and published it last year.

Why did you decide to launch Ambiental?

Because of the crisis in the media in Brazil. We need to improve journalism in Brazil. The mainstream media in Brazil is not covering science enough. They’re not offering the scientific perspective on many topics. Science and the environment are not the main focus for mainstream media companies. We have great journalists and photographers, big public interest in these issues, and we have lots of science that’s not being used by the media.

What’s innovative about Ambiental in Brazil?

Ambiental takes a community of journalists, researchers, photographers, programmers and others to build. That’s something new in Brazil. One of the principles guiding us is the idea of creating a friendly environment for collaboration. Gustavo Faleiros, who is a mentor for Ambiental, likes to refer to the concept of a “digital ecology,” where collaboration is more important than competition–an ecosystem that is an invitation to work together.

Where will you focus your efforts?

I’m beginning my venture focusing on the environment and the Amazon region. But I want to eventually cover all the sciences, either with Ambiental or in a new platform, if needed. We will start covering the Amazon but we hope to expand this coverage to issues like abortion and other political issues. We can offer people reliable information on such a controversial subject, and for free. 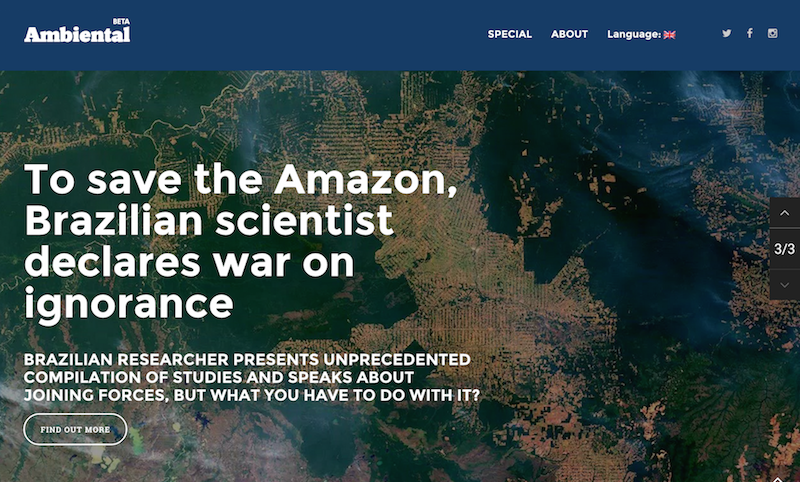 So it will be a free service?

The money will have to come from other sources. We’re exploring the possibility of offering consulting services, creating research reports for clients, for example. We’re also applying for grants and even looking at creating a non-profit that can apply for funding. We have a few potential clients in Brazil that are just about to close deals with us. They are all different teams of researchers that need professional services in their communication efforts, such as new websites, press releases, policy briefs and other requests. Since Ambiental is a non-profit organization, the profits from those services will be used to generate journalistic content. That’s not our only source of revenue, but it’s the one that we are focusing on right now.

How many people are on the team?

Our team includes Flavio Forner, Ambiental’s web developer and photographer, Felipe Valente, our partnerships manager, and journalists Gustavo Faleiros and Ronaldo Ribeiro as advisors. We’ve also brought on a small team of scientists to act as advisors. And from my National Geographic experience, I have a lot of photographers as friends. They’re offering me lots of content because they can’t get it published elsewhere. Other than that, the partnership with InfoAmazonia continues. We are partners on different initiatives and we’ll work together in content generation, events and other things.

Why invite scientists to be advisors?

We journalists should go out, ask users, readers, and consumers what they want and what they need. The idea of having scientists is to hear what they need to attract a different audience that is not academic. We also think they can lend their credibility to Ambiental’s mission. I want Ambiental to penetrate the academic world, but the general public will remain the main audience. That’s another effort that we are undertaking: We are literally asking people what’s missing in the media’s coverage of environmental issues.

What are you learning as a Tow-Knight fellow? What do you hope to apply to Ambiental?

I’m at CUNY to learn to build this project into a business and not rely on grants. As CUNY’s Jeremy Caplan says, it’s not about being for-profit or non-profit, it’s how you’re going to structure it. That’s why I’m thinking about offering professional consulting services, why I’m learning how to manage a project, and how to manage clients, how to communicate with your community, how to organize events, how to produce and edit a social media video in two hours, and lots of other amazing stuff.

What advice do you have for journalists trying to start a project as ambitious as Ambiental?

As they say here at CUNY: Good enough is good enough to launch. Don’t waste a lot of energy on your website and try to focus on the community aspect. We decided to write the word Beta on our home page, so that people can have a clear sense that we are still a work in progress. It’s a huge challenge to build a news platform in countries like Brazil, where the business environment is not so open to entrepreneurship. But it’s also a great opportunity. But don’t be mistaken: A massive level of personal effort is required.

Is Ambiental open to partnerships with other initiatives, institutions or even independent media professionals?

Absolutely. Actually we need that. We have a Facebook private group, Ambiental Media, where we are bringing together Brazil’s leading environmental scientists and media professionals. It’s not our “institutional” space, but a collective channel open for people to discuss trends and share their own projects and organizations. The group has a very clear mission: To connect these professionals, create some buzz, offer media tools to Brazilian scientists, and improve journalism in Brazil, regardless of Ambiental’s direct participation. As for our public channels, we just launched a Facebook page and a Twitter account. These are our main channels at the moment.