Amy O’Leary recently celebrated her one-year anniversary as the Editorial Director of Upworthy. She came to the online news outlet after years as a digital innovator at The New York Times where she was as versatile as she was prolific in her roles as editor, multimedia producer and reporter. She was also a member of the team that produced the newspaper’s storied innovation report.

Her career move to Upworthy surprised her colleagues in the media world, but O’Leary sees it as a natural transition. O’Leary says her career is an evolving answer to one key question: How do we best get and keep people’s attention focused on difficult and important questions?

Upworthy, as anyone with a Facebook pulse knows, is a platform that speaks to people mostly through their Facebook feed with a stream of unabashedly uplifting and thought-stirring stories and videos on topics on everything from how kids with autism see the world and racial profiling of black children by the police to global warming. Staff members scour the Internet for meaningful material and then repackage it with their signature, arresting headlines. More recently, tapping their own data-informed storytelling tools, Upworthy has also been producing its own material.

O’Leary notes Upworthy uses an editorial voice distinctly different from other news organizations., one that she tells Storybench is always “very personal and intimate … we are very willing to use moral language.”

“We feel that it’s really important to lead with empathy. Especially in complicated situations we are best serving the conversation showing points of reconciliation and common ground,” she says.

O’Leary, also an alum of This American Life, recently spoke with Storybench about what she’s been up to in her new job.

Why did you make the move to Upworthy?

The draw for me to come to Upworthy is that it’s a fairly experimental company at its core. We embrace data and storytelling more than any other organization. But rarely are those two conversations brought so close together.

In our weekly story meeting with top editors and analysts we look at data of what was published in Upworthy and we are really able to look at other data factors, not just clicks or time spent, but the whole picture of how people are interacting with our stories.

What is audience development for you?

For me, coming from the journalistic perspective, I want to see every story reaching maximum natural audience. Not everyone is interested in every story, but you want everyone interested in it to be able to find and read it. Traditional journalism’s distribution mechanism has been outpaced by digital channels, so smart editors of the future and present really have to be able to not only understand all the fundamentals of storytelling, but how distribution channels work. Because, again, if a tree falls in forest and no one hears it, or you write or brilliant story and no one reads it, that is a shame to me.

How do you take a close data-driven look at your stories?

We look at up to eight different data factors per story, some [of this information] is propriety. We look at did people click? Did people share? What was time spent? We go a lot further at looking at the interplay between those factors and work with writers and editors to structure [pieces] and keep people’s attention.

What is the Upworthy “voice”?

We believe the world can be a better place and we are not afraid to say that, and say, “This is a really great thing in the world.”  There is something about that frankness of that language that is usually stripped out of traditional journalism. Straight news stories have their place, but we do something different—storytelling with an emotional center, using empathy. When talking about empathetic storytelling, it’s important to keep the individual at the center of story….  it’s a way to broaden people’s awareness.

How do Upworthy staffers find stories?

One of our real strengths is that our team is relatively small, but mighty.  We have about 30 people on the editorial team … We are still able to reach a really wide audience because we craft stories for maximum “shareabilty.”

The instincts of a great team member is as valuable as data … every writer is free to write about what moves them. There are no beats.

What are some of the new strategies you are using for curating video and producing video?

Our video growth has been phenomenal in the last six months. With such a strong background in curating video, we understand what video works best. Here’s an example of an originally produced video, “A dream workshop with the New York City Ballet.”

In January we had 200 million Facebook video views. And we only started doing video last year. We’ve gone from 45 million views in August and now 200 million in January.

Who is creating original content for Upworthy and what are you looking for in these pitches?

We receive a wealth of pitches from freelancers and filmmakers. We’re looking for a general sense of hopefulness. We are looking for solutions, but that does not mean shying away from challenges. And we believe strongly in power of emotionality – we are looking for that emotional factor.

What have you learned in your first year at Upworthy?

It’s been a fabulous year of education for me. The biggest thing I was drawn to was borne out – how data affects storytelling.

Strategies can be hard to describe, and I don’t want to give away too much … but here is something. One thing we found is one of the reasons people share is as an act of identity formation. So if you are sharing, you are saying, “I myself want my friends to see this, so I’m putting my identity behind it.”

We’ve been able to do so much because we can experiment quickly and move on if a project does not move. It’s an especially invigorating environment as someone who cares what comes next for journalism.

To close, a selection of some of  O’Leary’s favorite Upworthy pieces:

* Why would any state pass an invasive bill like South Dakota did?

An open letter to South Dakota about a bill that sought to restrict transgender students to using school bathrooms and locker rooms designated for their “biological sex,” i.e. the gender they were assigned at birth. The bill was recently vetoed by the governor.

A first-person piece indented to reach people on both sides of the gun control debate by J. Ray Sparks. Sparks grew up in the “pro-gun culture of The Bible Belt” and writes about gun safety within the context of support for the Second Amendment.

* What is the role of climate change in the conflict in Syria?

A graphic novel treatment of the civil war in Syria which looks at one of the unlikely root causes of the conflict. It received moderate traffic the first time it was posted two years ago, but went viral, with 5 million views, says O’Leary, when it was reposted this fall following the unprecedented surge of interest in the plight of Syrians prompted by the photo of the two-year-old Alan Kurdi, who washed up dead in Greece.

Amy adds: “That news moment was one when people wanted to know what going on. [The piece] was super useful because it was relatively straight forward … people are intimidated when you talk about issue like this, but when it’s illustrated, it’s a really welcoming way into a tough story. 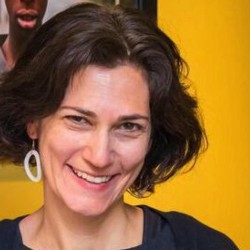