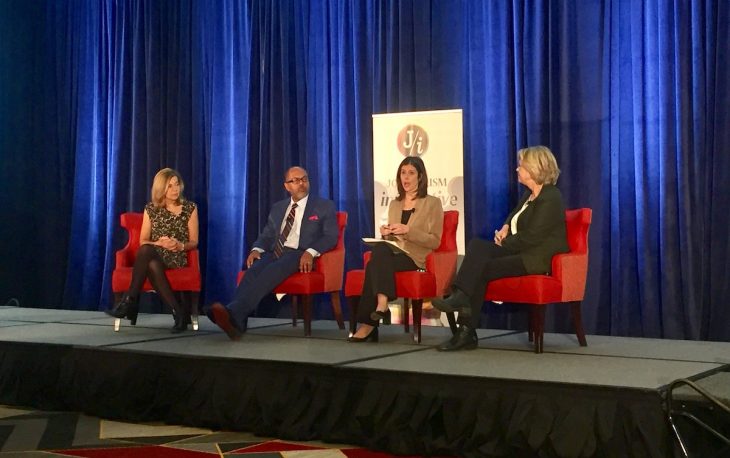 On October 20, the University of Maryland kicked off Journalism Interactive, a two-day jamboree of conversations about the future of journalism and digital media training featuring dozens of speakers from leading media companies and universities. Amid the routine and sometimes awkward hellos and what-do-you-do’s native to any professional conference, there was the sense that something was not completely normal.

Goldman, who was dubbed one of President Barack Obama’s “originals” for her coverage of the 2008 campaign and ensuing gig as a White House correspondent for Bloomberg, recounted how former White House press secretary Sean Spicer, before his ouster, screamed at her for asking a question during a press conference that he didn’t approve of. Goldman recently wrote a story about the security clearance sought by President Trump for his children. Trump called it fake news. She recounted on the panel that she received reams of hate mail for this story, including a cookie shaped like Hitler and another cookie burnt to a crisp. Goldman is Jewish.

During the same panel, ESPN’s Merida alluded to the role social media has played in fanning the fires of contempt. “Social media is an addiction for some,” he said. He later referred to “the President’s habit,” an odd euphemism for the tweets that have stoked the vitriol surrounding NFL players kneeling during the national anthem in protest of systemic police violence perpetrated against African Americans. But Trump’s Twitter semiotics are far from random. No matter how haphazard it all seems, everything is messaging.

During another panel, “Evolution and Challenges of Fact-Checking Movement,” PolitiFact founder Bill Adair presented an overview of fact-checking, a practice at the core of objective journalism, namely that one returns to primary sources, cross-references them, and makes sure the language is precise and accurate before going to print.

Adair also raised the vexing problem of conclusion-driven journalism, a phenomenon in which news sources peddle content that merely affirms beliefs held by a contingent of the citizenry who also tend to presume, ipso facto, that certain traditional media institutions cannot be trusted. The solution to that is far from clear.

But amid all the high-falootin’ talk of the problems facing journalism today, there was also talk of a brighter future. During a snack break, a remote-controlled robot mounted with a 360-degree camera rig rolled around at the whim of its master, Steven King, an assistant professor at UNC’s School of Media and Journalism. King and the robot, named after Jamaican-born photojournalist Michel duCille, were accompanied by Steve Johnson, founder of Boundless, a multimedia storytelling firm, which creates immersive 360-degree video experiences that allow viewers to witness the massive ice shelves disappearing in the Arctic, or the astounding biodiversity of the Galapagos. During a demo, Johnson pulled up a photo of a creature he had encountered during an expedition.

“A Galapagos turtle,” he noted.

“I’m sorry,” Johnson said after a moment of indecision, as if weighing whether the audience would notice, or even care. “They were actually tortoises.” 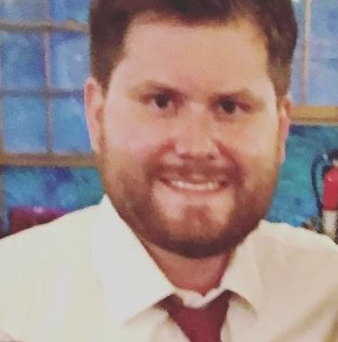