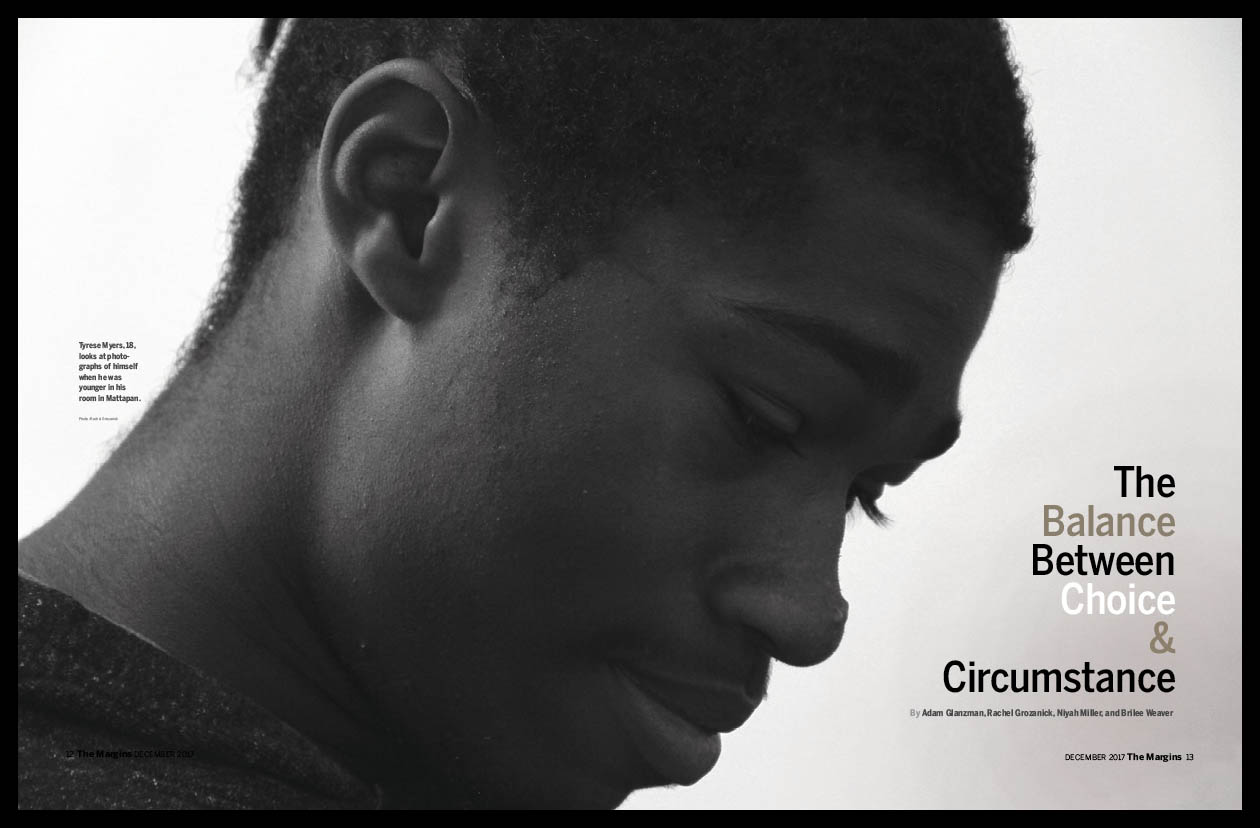 How a Northeastern journalism course designed a magazine around social justice

Over the last two months, students in Dan Zedek‘s graduate design studio have been molding their social justice stories into a magazine. Zedek, former design director for The Boston Globe, had contacted the students early in the summer, placing them into groups and asking them to continue reporting on the stories about which they’d produced podcasts in a previous course.

Once the semester began, the teams were assigned faculty editors and the process of editing – and in some cases re-reporting – the stories began. After several rounds of drafts, the stories were ready to undergo a makeover. We were going to go old school. We were going to print a magazine. 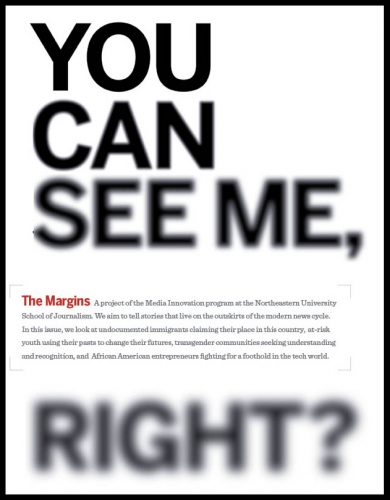 Each member of the team had to design their story using Adobe InDesign, with free reign to choose color and layout. After a class critique – followed by several redesigns – Zedek selected the final design for each group. But before the stories could be turned into a magazine, the class needed to decide on one last thing. How could we tie all of these social impact stories together under one name?

A namestorming session ensued. The discussion moved from a Slack channel named #whatchamacallit to an in-class discussion with suggestions including Story Studio, Vocal, Scope, Viewpoint, Flipside and Margin. The final vote was between Margins and The Margins.

The cover and the index page design were next on the agenda. These were designed by Andy Robinson and Felippe Rodrigues, respectively, but not before being scrutinized by the same class-critique process the other pages underwent. Finally, once all the designs were ready, Zedek sent them off to the printers and the final version of our half-semester-long effort was in our hands.

Next up for the class is building a long-form story website that adds in interactive data visualization, audio and video. We can’t wait. 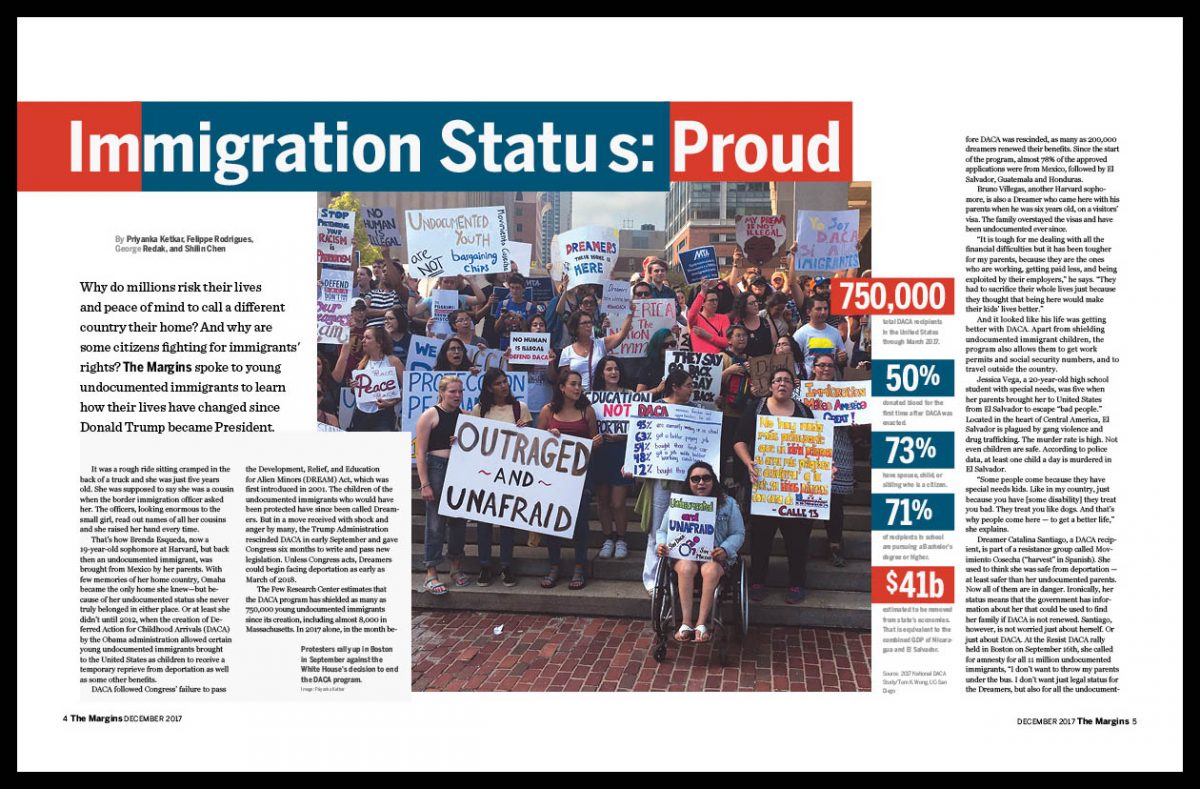 This is a story about the young undocumented immigrants whose lives were thrown into disarray after the White House announced the end of DACA.

An Identity Beyond He or She
By Wei Tang, Yan Wu and Alison Berstein

This is a story about those who do not identify as male or female, but still live in a society strongly organized around binary genders.

The Balance Between Choice and Circumstance
By Brilee Weaver, Niyah Gonzalez, Adam Glanzman and Rachel Grozanick

A journey to meet the men from My Brother’s Keeper and InnerCity Weightlifting who are using their life stories to inspire a younger generation to avoid jail.

How one transgender teen’s decision to transition deeply changed the parent-child relationship.

Black entrepreneurs face an uphill battle when it comes to getting funding to launch their businesses. This is a story of Corey Thomas and others who beat the odds and found success.

This is a photo essay about the work of Terry Marshall who created Intelligent Mischief in 2013 to fight police brutality with humor and information. 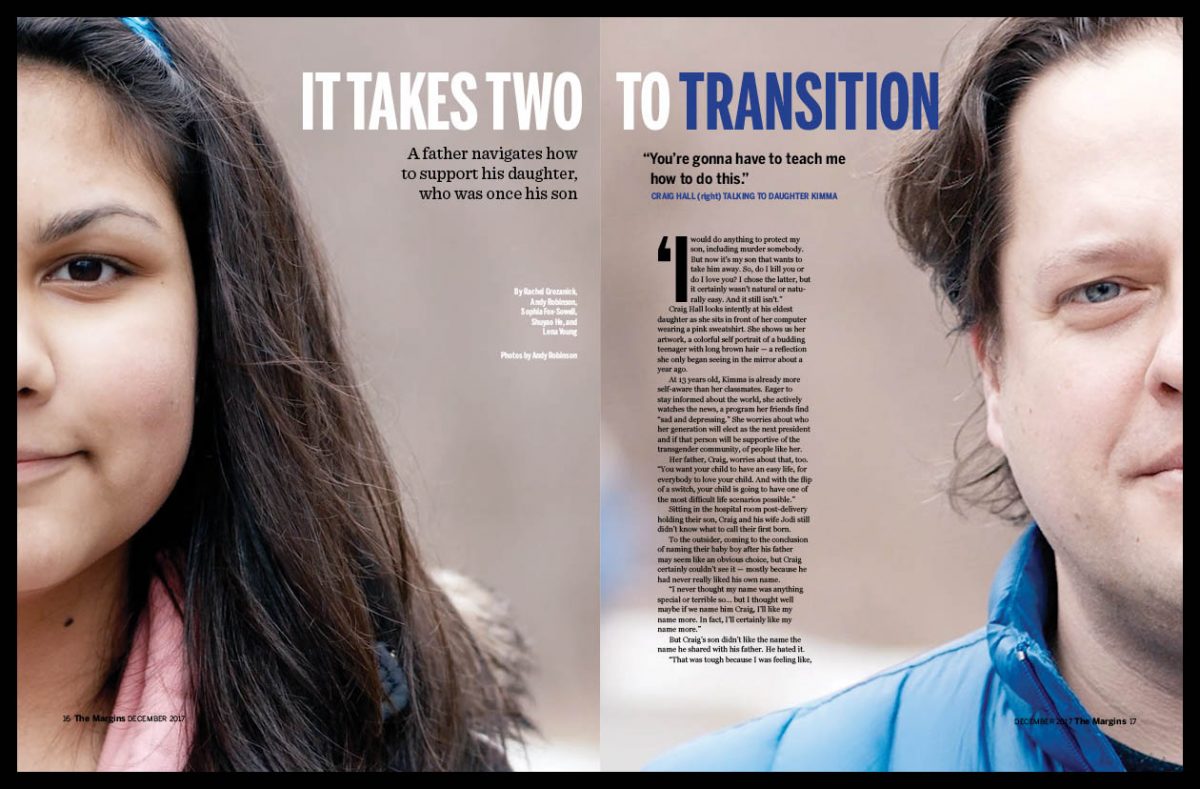 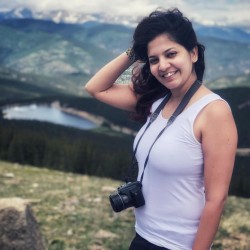