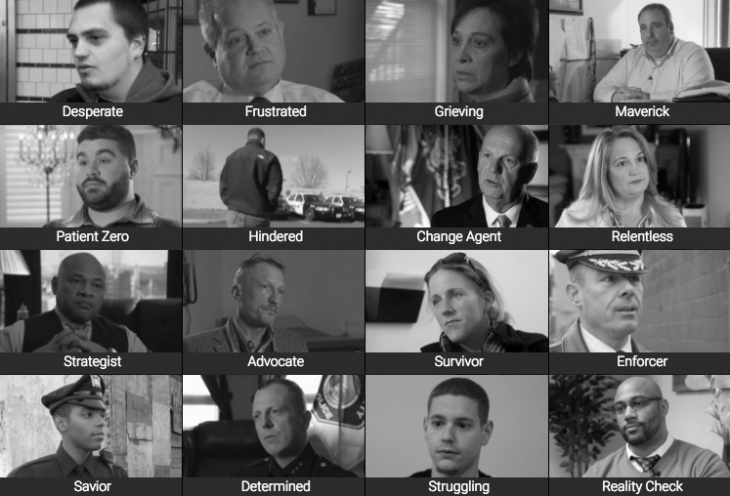 Last week, the Radio Television Digital News Association announced the winners of its 2017 Edward R. Murrow Awards, which honor outstanding journalism being produced across North America. The Reinventing Local TV News Project and Storybench noticed some trends that we would love to see local TV stations invest in further.

The station, which is owned and operated by NBC Universal, benefits from having a team of eight professionals dedicated to developing digital content. NBC’s digital team in New York was also key in developing Generation Addicted. The other web-first series created by NBC10 with this model are Faceless of Homeless Youth and Preventing Suicide: Breaking the Silence. Below, a screenshot from Generation Addicted’s “illustrated stories” section. 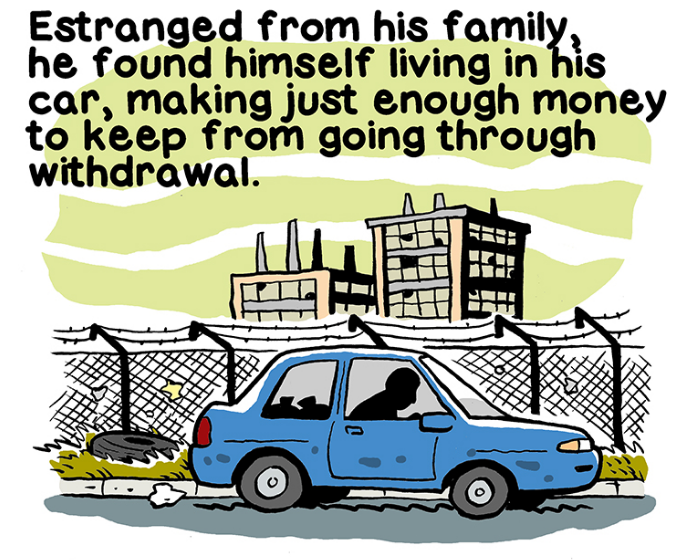 While national networks took over local programming to air coverage of the 2016 Presidential election, Wisconsin’s News 3 (WISC) – the CBS affiliate in Madison – resorted to other platforms to keep their community informed about local races. The channel received the 2017 Murrow Award for Excellence in Innovation (Small Market) for their work combining TV and digital platforms during the 2016 election.

News 3 used Facebook Live to report on and discuss the election from the state’s perspective. On election day, the races for US House and Senate as well as Wisconsin’s State Senate and Assembly, were covered on a newscast online. During the primaries, reporters and analysts got together on Google Hangouts to talk about the results as they came in.

We’re back with more live election night coverage from our newsroom. The polls are about to close in Wisconsin. Watch the results with Susan Siman and Mark Koehn

Canada’s Global News is betting on a new way of producing newscasts. Called Multi-Market Content, or MMC, the strategy earned the 2017 Murrow Award for Excellence in Innovation (Network) for the coverage of a tragic school shooting in Saskatoon, Saskatchewan.

This new model centralized the production in the broadcaster’s Toronto headquarters. Eight markets, including Saskatoon, have their late-night and weekend news broadcasts taped there. Content is rolled out as soon as possible on multiple platforms and packaged in edit suites for distribution on social media, TV and other locations. The network claims this allows stations across Canada to focus on local reporting with better quality and more efficiency, while saving money.

Documentary-like formats on TV are not at all new. Neither are serialized, in-depth investigations. What is thrilling to see is local TV news stations betting more and more on this type of content and creating some remarkable pieces of journalism in the process.

Seattle’s KCTS 9 took it to the next level with filmmaker and journalist Michael Werner’s documentary “Searching for the Mystery Sharks of Seattle.” The doc also became a multimedia story with audio, photos and an interactive map of shark sightings in Elliot Bay—all put together in a nicely-styled landing page. The documentary won the 2017 Murrow Award for News Documentary (Large Market).

Meanwhile, the Small Market award for documentary was granted to “From the Ashes of Vietnam”, produced by CBS-affiliate KWTX in Waco, Texas. The story follows Bart Smith, a veteran who appeared in a previous documentary by the station, “We can’t forget: Vietnam,” and retells a life-changing, heartfelt story of how he reunited with his ex-wife 44 years after his PTSD from the war drove them apart.

In Wichita, Kansas, KWCH 12 denounced police officer hiring policies in the investigative series “Badge to Badge.” That won a Murrow for Investigative Reporting (Small Market). “The hope, of course, was that the story would bring awareness to the lack of background checks conducted in small town police departments,” investigative reporter Lauren Seabrook, now with WFTV in Orlando, Florida, told Storybench. “Also, that it would encourage more chiefs/sheriffs/city administrators to properly vet prospective officers.”